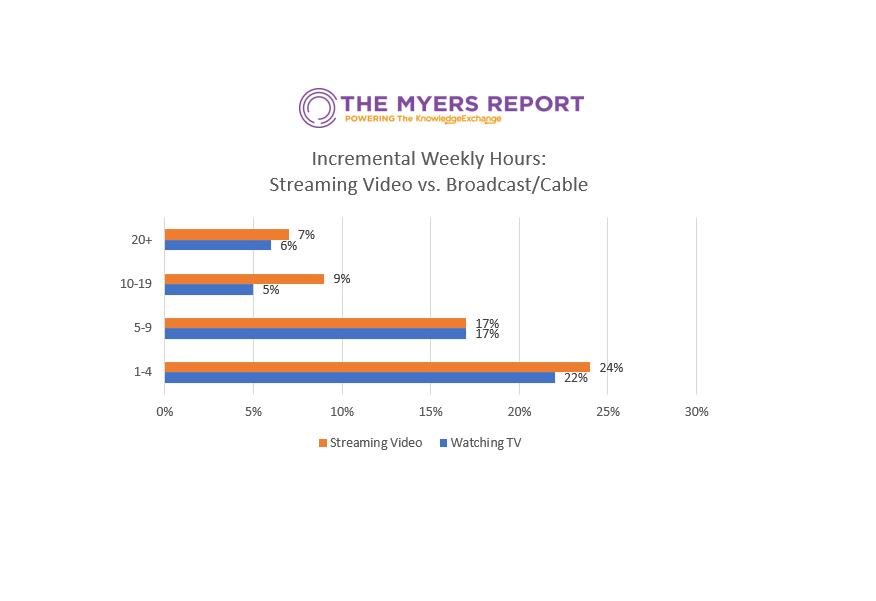 The Myers Report asked 1,500 consumers on March 25 and 26 a series of questions about the impact that COVID-19 has made on their video viewing habits to provide insights on consumer perceptions, usage, and the changing value of OTT streaming services. 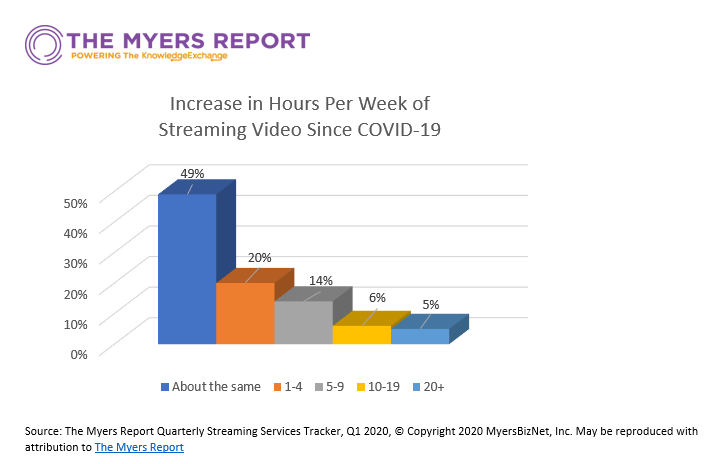 While fewer than half of the respondents said viewership of streaming services had gone up, 34% reported they're watching between one to nine incremental hours per week of streaming services. Only a part of the country was in isolation when this survey was fielded and many service industry jobs continue to move forward with work-from-home technology. Also, when kids are home, and this is making an impact on consumption, many of them are in remote school (aka Zoom) for a good chunk of the day. 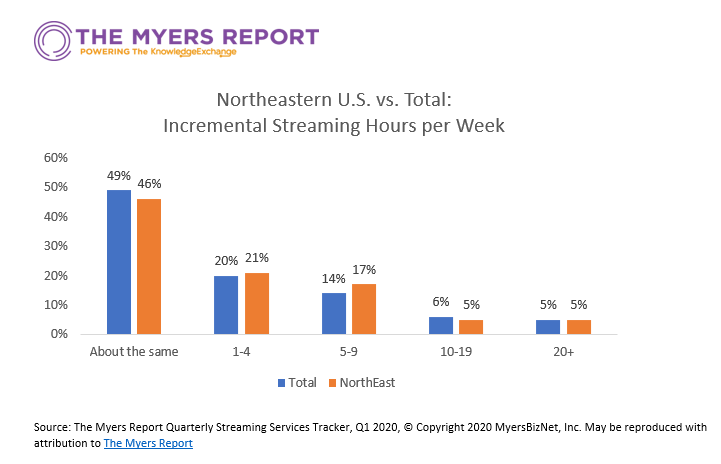 Recognizing the geographic spread of COVID-19, we see a slightly higher – and therefore predictive -- bump in streaming usage in the Northeast versus the rest of the country, especially in the incremental 5-9 hours per week range. 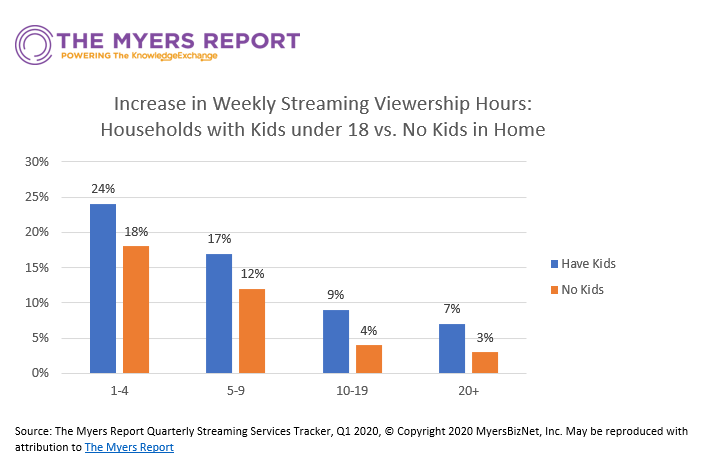 There is no question that the change in children's schedules is impacting TV viewing and streaming in U.S. Households. 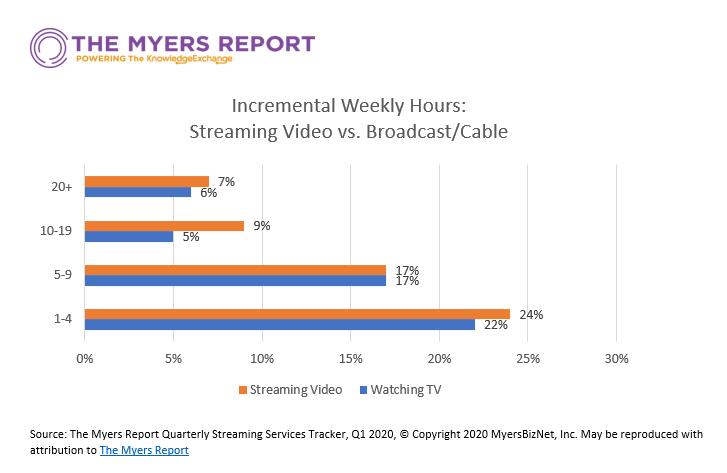 Our data shows that in a household where there are kids present, there is a greater increase in streaming video service viewership than the increase in broadcast TV and cable; especially in the 10-19 incremental hours a week bucket where 9% of households with kids fall versus 5% of TV viewing. These households are also demonstrating an increase in traditional television viewership, just not to the same extent that streaming video has grown. 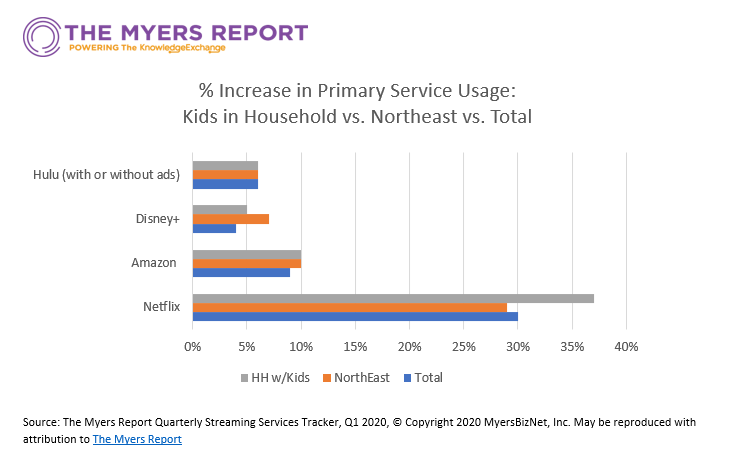 While the SVOD dominance of Netflix and Amazon continues, consumers are also increasing usage of Hulu and Disney+. In response to the crisis and the anticipation of parents in need of new content to engage their children, Disney+ rushed Frozen 2 onto the service well-ahead of its normal windowing and completely bypassed normal process to put the very recent theatrical release, OnWard on to the service. The challenge for Disney+ will be the limited "Made Exclusively for Disney+" content that is currently available and, with most original production on-hold due to the pandemic, their previously announced originals are likely to see significant delays. Contrast that with Netflix, Hulu, and Amazon, who while also facing production delays, already had significant original content in post-production.