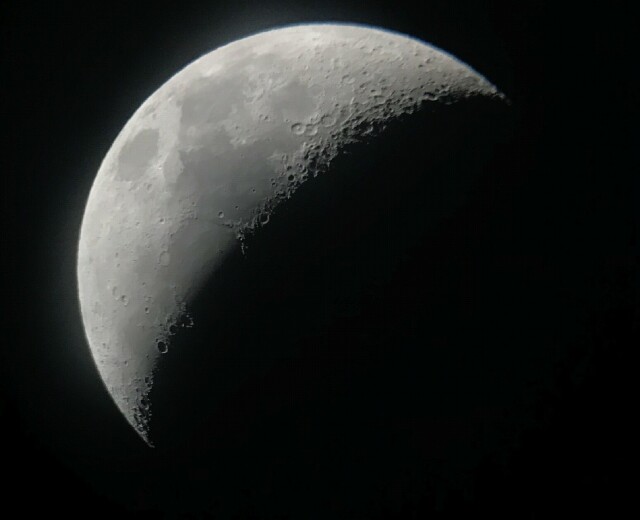 From simple panel discussions and press conferences for individual shows to lavish parties attended by dozens of stars and executives, all of whom are available on the spot to do interviews or commit to future opportunities, every presentation at a Television Critics Association tour is the result of a huge effort on the part of the networks, streamers and studios involved.  A few, however, tend to tower above the rest.  In most cases, the stand-out event at the Winter and Summer tours is Hallmark’s gala party, which brings together more than 100 actors (most of whom appear with some regularity in the many movie franchises on Hallmark Channel and Hallmark Movies & Mysteries), the hosts of and contributors to Hallmark’s daily series Home and Family, and the many Hallmark executives who make it all happen.  It is a networking and interviewing opportunity unlike any other -- one reminiscent of the “old days” of TCA (that would be the Nineties) when broadcasters loaded in talent from virtually all of their new and returning shows for press conferences, parties and other events designed to effectively and efficiently promote everything they were doing.

The broadcast days at TCA aren’t what they used to be; to use a kind term, they are abbreviated versions of their former selves.  (The Big Three used to fill three entire days and nights each; now each of them barely fills a half-day.)  This shift has created opportunities for cable networks to steal the show.  Hallmark and certain others, especially FX and National Geographic, plainly know opportunities when they see them.  They are the networks that generate the most buzz before, during and after tours.  That’s quite an achievement.  As I write this, we have just finished our 100th press conference of the current tour, with 25-30 to go.  The stamina of most of the reporters here is awe-inspiring, given that we are all writing, reporting, interviewing, maintaining social media platforms and doing all of the other things we do every day at our jobs while participating in everything TCA has to offer.

I’ve already reported on FX’s day at TCA (which the network managed to expand into an additional half day for special group screenings, with a bonus Super Bowl viewing experience added).  This past weekend it was Hallmark and National Geographic’s time to step up and stand out. 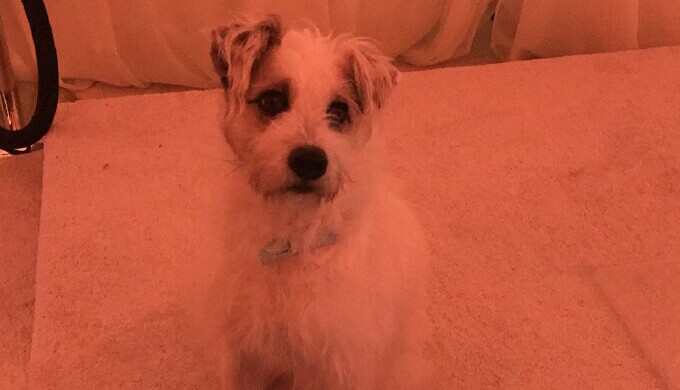 True to form, Hallmark did exactly that on Saturday night. I don’t think a day of this tour has gone by without a member of the press or an executive or publicist remarking on the explosive growth of the brand and corresponding interest in its programming.  Everybody, it seems, is watching Hallmark movies, whether they admit to it or not.  As always, Crown Media Family Networks President and CEO Bill Abbott and Executive Vice President of Programming and Network Publicity Michelle Vicary called attention to each and every personality and executive in the room.  No star was overlooked – even Happy the Dog (above) had his moment.  Cocktails were served in one tent, dinner in another (below).  Dessert had a room of its own, decorated as a Christmas wonderland. 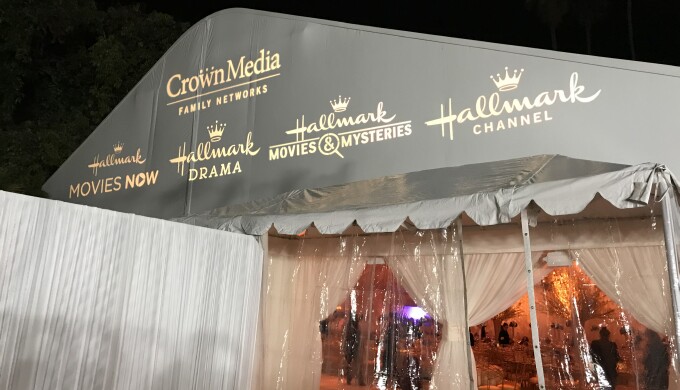 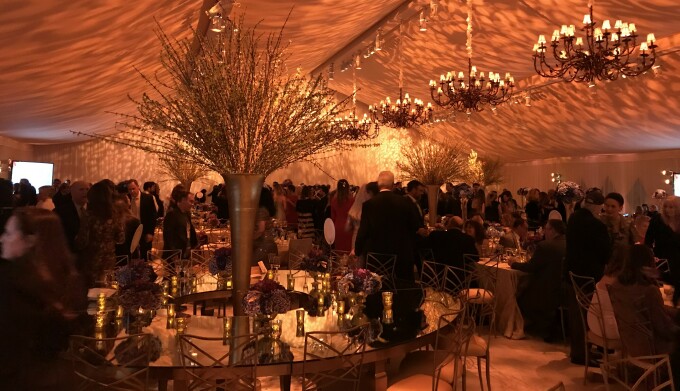 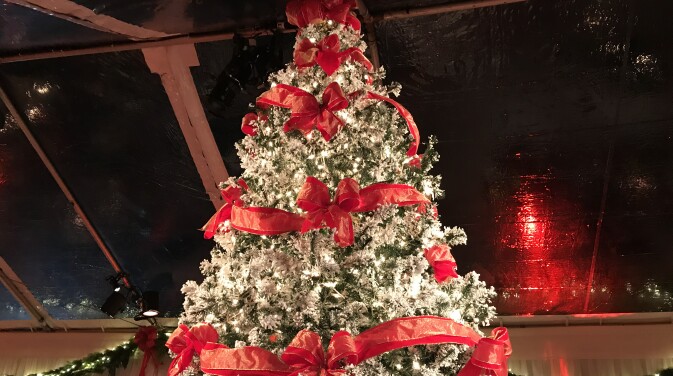 National Geographic also showed other networks how its done, with an early panel for the enthralling documentary Free Solo on Friday morning, which allowed subject Alex Honnold, his girlfriend Sanni McCandless (both pictured below) and others to attend the BAFTA Awards in London on Sunday, where they were collectively honored with the award for Best Documentary).  As luck would have it, Nat Geo’s afternoon at TCA was the same day as the BAFTAs. 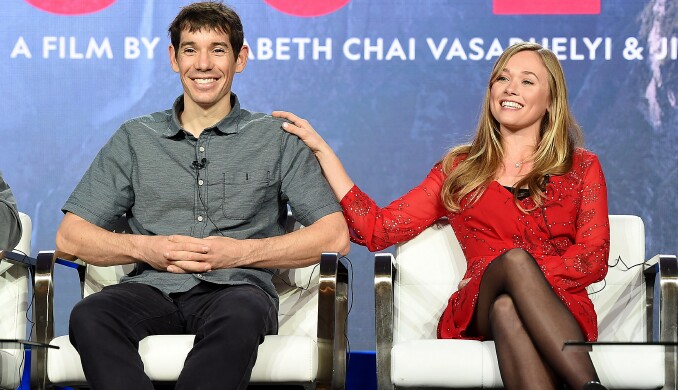 Similar to PBS’ two days at TCA, Nat Geo’s day (or days) often feel like college or grad school in the very best sense.  Many of us learn things about science, nature, technology and history that we may not have known about before (or have long since forgotten).

Nat Geo’s panels certainly delivered on that front, but it was their afterparty that really brought the thrills.  Talent from the network’s programming attended, as did senior Nat Geo executives, but the main attraction, tied to the network’s feature documentary Apollo: Missions to the Moon, were the small but spectacular telescopes on the terrace outside that afforded spectacular closeups (with photo opportunities) of the moon and a far-off nebula inside of which dozens of new solar systems are currently being formed.  (The light we were seeing from it, we were told, began its journey through space in 60 A.D.)  Mars was plainly visible from the terrace with the naked eye. 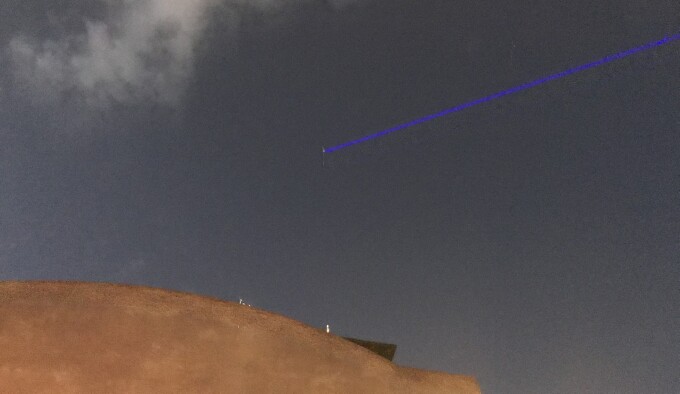 In the middle of our stargazing something amazing happened.  The International Space Station literally flew over us.  In the brightened photo above, the bright light at the end of the blue streak is the station passing above the roof of the Langham Pasadena Hotel and Spa, home to the Winter 2019 Television Critics Association tour.  Nat Geo executives deny pre-arranging that unforgettable moment … but TCA members have their doubts, because Nat Geo publicity chief Chris Albert and his team always go the extra mile to promote their programs..