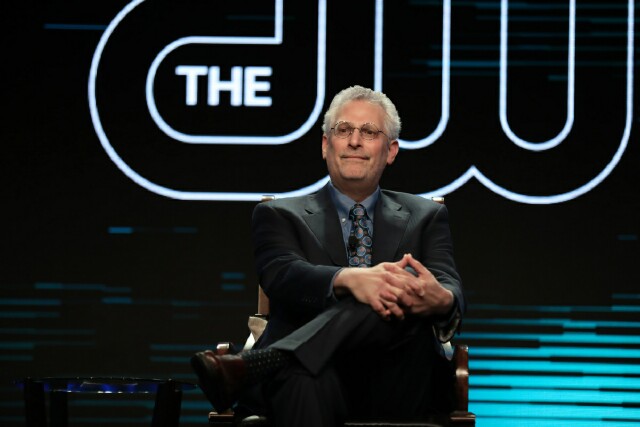 Beverly Hills, CA -- The CW’s half day of panels at the twice-yearly Television Critics Association tours are generally memorable, but yesterday’s presentation marked the dawn of a new era for the network.  Consider what’s coming in the very near future.  At a time when broadcast television is said to be shrinking, The CW will in a few short weeks open a sixth night with the addition of Sunday programming.  The network will have 17 original scripted series, more than ever before and more than some of the bigger broadcasters.  The annual crossover between the D.C. Comics-based series The Flash, Arrow, Supergirl and Legends of Tomorrow that ends the fall season will feature the addition of the character Batwoman to its growing universe (with a pilot built around the character to be developed).  Two of the network’s splashiest, multi-award-winning series -- Jane the Virgin and Crazy Ex-Girlfriend -- are headed into their final seasons.  The long-running Supernatural, the last remaining series from the long-defunct network The WB, will reach its 300th episode, while The Flash will hit No. 100.  In the fall the network will debut one of the most promising new broadcast series, All American, a drama about the high school years of former NFL linebacker Spencer Paysinger, who grew up in South Central Los Angeles and attended high school in Beverly Hills.  And at midseason the network will debut a series titled In the Dark that will be a complete departure for the network; a drama about deeply troubled blind woman and her guide dog.

Through it all, the network will likely continue to enjoy robust success in the digital space on its free streaming platforms cwtv.com and CWSeed … not to mention binges on Netflix, where many CW shows migrate immediately after they complete each season.

“We view the world from a linear, delayed view, streaming point of view,” said CW President Mark Pedowitz during his panel after a critic asked about the low traditional overnight ratings suffered by Jane the Virgin and Crazy Ex-Girlfriend.  “So, when we look at what happens over a seven-day period, we are very pleased with the performance of both Jane and Crazy Ex.  You don't see it because we do not release our digital numbers, like everybody else doesn't release digital numbers.  But we know the affection and the affinity that both those shows have.  I'm more disappointed that [Crazy Ex executive producer] Aline [Brosh McKenna] and [star] Rachel [Bloom] and [Jane executive producer] Jennie [Snyder Urman] and [star] Gina [Rodriguez] and their teams and their casts never got the accolades they deserve from the Academy [of Television Arts & Sciences].  I'm disappointed that they didn't recognize [with Emmy nominations] the great work they did, and the great work our superhero shows did in terms of action and special effects.  I'm more amazed by the fact that the Academy could not recognize Crazy Ex for any original music, given the fact that they do original music week in and week out.  I'm disappointed for them and for my whole team that we've never gotten that recognition.  We deserved it.” 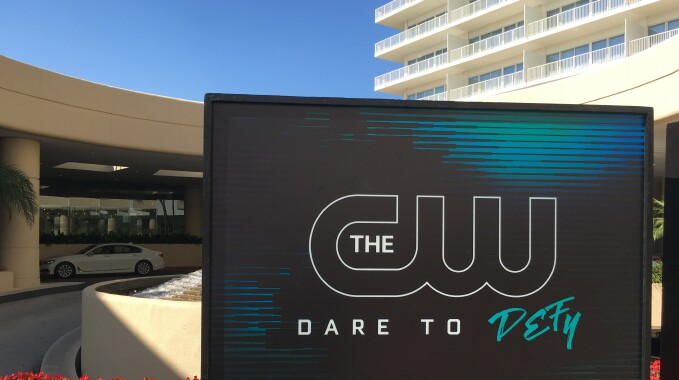 About the expansion to Sunday night, Pedowitz said that the network has received a “terrific reception” from advertisers and affiliates alike.  “They were thrilled that we have grown,” he explained.  “They were thrilled that we were making a positive statement about broadcast.  The sales team did great.  The advertisers [came] out and really supported us.”

Might a move to Saturday night be next, one reporter asked, jumping the gun.  “First, let us try to plant the flag on the sixth day,” Pedowitz said with a smile.  “We're looking just to rest on the seventh day at the moment.  We have to see how Sunday works out.  But if it does work out and there's support based on the CW business model, I'm sure [there will be] a conversation with our board.”

Meanwhile, with Batwoman coming to the network (if only as a guest star on some of its other superhero shows) and Gotham headed into its final season over on Fox, one critic wanted to know if Batman might be coming to the D.C.-driven CW anytime soon. (Superman has already turned up there on Supergirl.)

“Batman already exists in the Arrow-verse because last season Oliver Queen mentioned his name,” Pedowitz replied, adding that a Batman series has not been discussed.  "Batwoman, if the series goes forward, lives in Gotham, but there are no plans at all at this point in time to have Batman appear.” 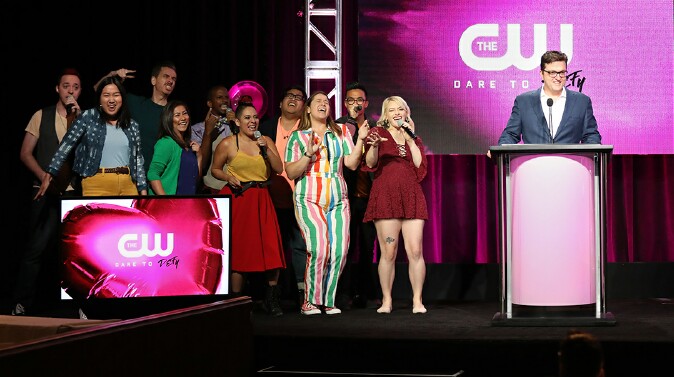 Pedowitz’ session was followed by a farewell panel (below) for Crazy Ex-Girlfriendthat began with an amusing musical tribute to the show by the acapella group Top Pop (above). 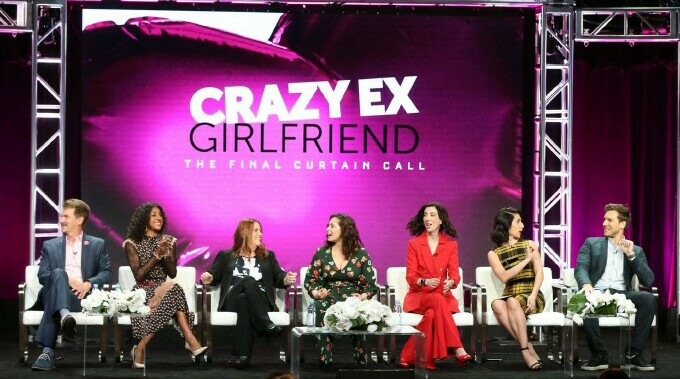 The morning also included panels for All American, the remake of Charmed and one featuring nine of the adult actors who play the teen characters’ parents on Riverdale. All three are pictured below. 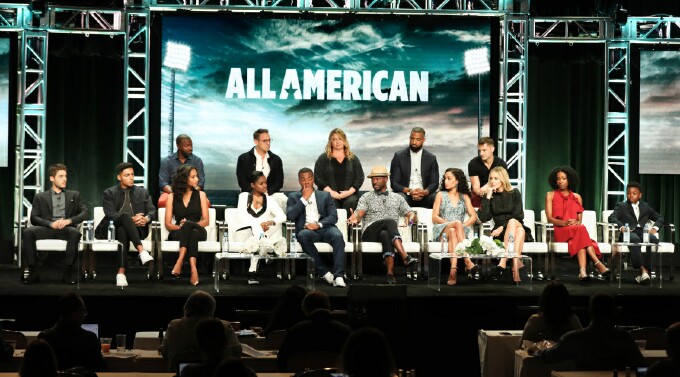 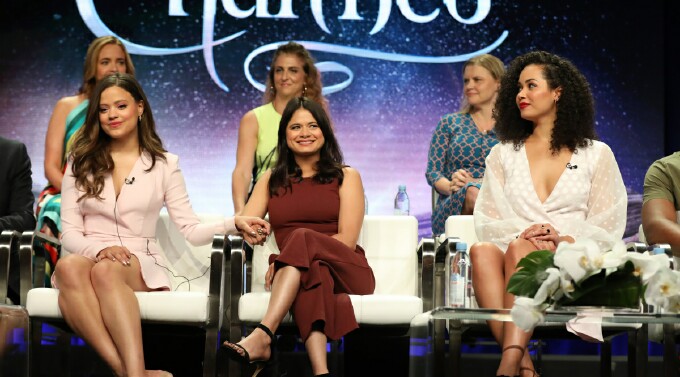 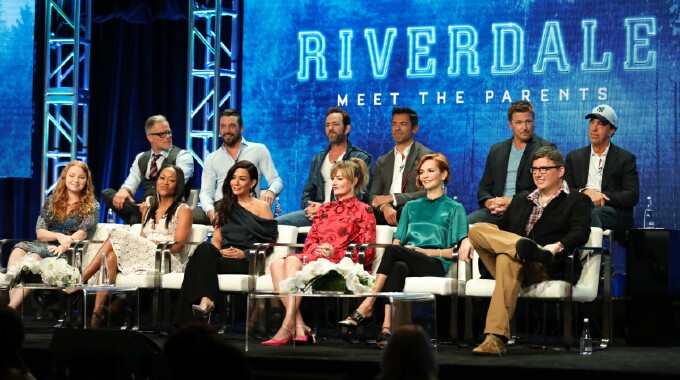