The Cultural Impact of Network Programming 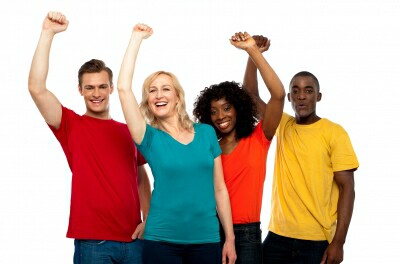 Cracking the diversity code for content is no easy task. Media and content creators constantly ebb and flow while attempting to satisfy their audience's myriad tastes. African American and Latino audiences have long been marginalized in mainstream media despite the reality of their dominance in cultural relevance.

The Association of National Advertisers (ANA) has long studied these issues and recently published new work on the subject. The ANA's Alliance for Inclusive and Multicultural Marketing (AIMM) has released an in-depth report detailing how culture impacts purchase intent. The report is crucially important, as advertisers and marketers want to place their branding in front of audiences that are most likely to be receptive to shared messaging. The attention economy, dominated by fractured channels and a segmented market, makes timing and placement more valuable than ever.

The new report also introduces the Cultural Insights Impact Measure (CIIM), which is designed to give a sense of how culture in ads and programming will positively impact and lift brand growth. The CIIM, which was created in partnership with NBCUniversal and AIMM, evaluated advertising creative and programming in a variety of categories. The goal is to measure, with some certainty, the degree that culture, by way of representation, can move the dial for brands and marketers.

The depth of the study is impressive, having gathered more than 20,000 evaluations from 10,500 African American, Asian, differently-abled, Hispanic, LGBTQ, and non-Hispanic white TV viewers. The sheer amount of data gathered confirmed that there is little doubt that culture matters when it comes to content and how consumers respond. Programming with an above-average CIMM score shows a higher net likeability rating relative to shows that track below the norm. It should be no surprise that representation is a vital component of getting viewer buys-in — and that linking ads in a favorable environment is the goal. Culture, however, extends beyond the image, and it is there that we see valuable insights on nuance begin to surface.

There is a famous saying in D&I circles: "Diversity is being invited to the dance and inclusion is being asked to dance." CIMM takes that saying and makes it a living part of its analysis. CIMM consists of nine cultural attributes that have shown to contribute to whether a show receives a higher-than-average rating. Five of those have the most significant impact on viewers: 1. Acknowledgment and inclusion; 2. Reflect my cultural values; 3. Positive depictions; 4. Role models; and, 5. Celebrate my culture. This is the difference between a general market spot using diverse actors that has a universal message — seeking the broadest appeal possible — and an advertisement that has particular cultural resonance and is specific to the culture with attributes, language, and tone that make it unique.

Those different measures illustrate that a show such as Black-ish that is on an endemic network can still have a high CIMM measure. The network is important, but cultural resonance is a more significant measure of what will be meaningful to viewers.

The one exception seems to be the Hispanic market. Research shows that in the Hispanic market, cultural relevance is delivered through endemic networks: Azteca, Telemundo, and Univision. Of course, this would make sense, as programming will be most likely in Spanish, and language is central in any culture conversation.

African Americans can slip between endemic and non-endemic with a fluidity that is not based on language. But even African American Vernacular English (AAVE) is a way to capture core values, regardless of network. Programming in an authentic black voice will more than likely reflect and celebrate cultural values.

But, ultimately, if you don't see or feel represented in a program, regardless of the network, why would you watch? The disconnect between what is popular and culturally relevant among non-Hispanic whites and African Americans and Hispanics can be vast. The study cites recent shows such as Young Sheldon, Big Bang Theory, and Last Man Standing, but this can be expanded to the obsession with the 25th anniversary of Friends.

Friends star David Schwimmer was recently taken to task for suggesting we reboot Friends with a multicultural cast. He had to be reminded that the popular 1990s show Living Single predated Friends. In essence, Friends was the reboot, but you wouldn't know it by mainstream coverage. The CIMM gives brands and marketers a method to pull back the curtain and get a better sense of what is relevant to multicultural audiences.

Don't stop now! Stay in the know on the impact of D&I, influence, and influencers with more from Phil McKenzie.