The CW Takes Inclusion and Representation Further With #CWOpenToAll 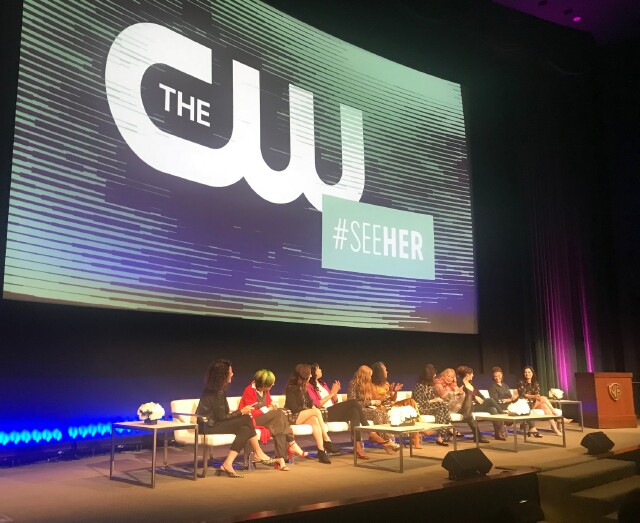 Burbank, CA -- Stars, show-runners, executives and others from a variety of series on The CW assembled Sunday at Warner Bros. Studios for a lavish release and announcement event celebrating the network’s continued position of empowering and advancing women on the screen and behind it, along with its ongoing commitment to inclusion.  The event marked the launch of #CWOpenToAll, an on-air, digital, social and print campaign that reinforces the commitment to the latter.  "Empowerment and representation are core values here at The CW," network President Mark Pedowitz told the crowd.  "The CW is open to all.  We believe in inclusion and all voices being heard."

A video component to the campaign featuring a host of The CW stars proclaiming “The CW Is Open to All” has begun airing during The CW’s primetime programming and is appearing on all streaming CW social channels including cwtv.com, CW Seed and The CW app.  A print component will be featured in major market newspapers and industry trade publications, all with the intent of extending the message of inclusion and representation. 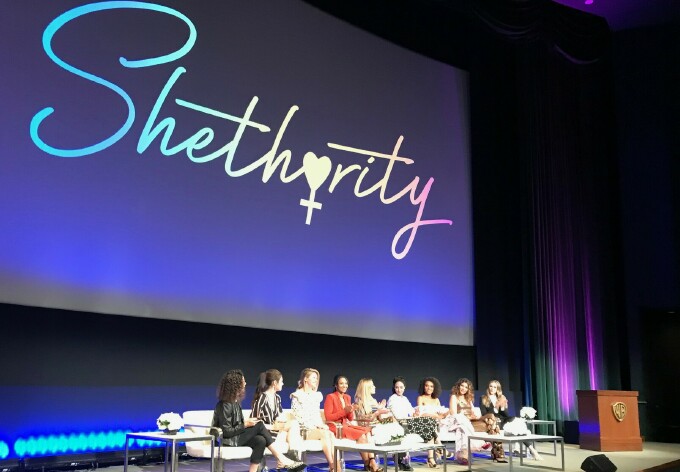 Another part of the initiative includes Shethority, an online global collective designed as a place for women to share stories and be a part of the equality movement that was formed by stars of the network’s DC shows.  “Candice (Patton, of The Flash) and I were hiking one day and talking about how connected we were with fans through conventions and how we wished we could give them more time,” admitted Legends of Tomorrow star Caity Lotz during the star-filled panel of women contributing to the site.  In addition to Lotz and Patton, panelists included Melissa Benoist (Supergirl), Danielle Panabaker (The Flash), Tala Ashe (Legends of Tomorrow), Juliana Harkavy (Arrow), Maisie Richardson-Sellers (Legends of Tomorrow) and Nicole Maines (Supergirl).

“When we did the crossover episodes, there was a whole clan of us and we found each other sharing what we were going through personally and professionally," she continued.  "I’d share something and Melissa (Benoist, star of Supergirl) would share how she dealt with something.  We thought this was so powerful.  We wanted to extend the circle, but how could we in bring more women so they could connect?”  The answer came via Shethority, with each star wanting to open all manner of dialogue on topics ranging from immigration to transgender rights to diversity, to name a few.

“It’s not enough to simply cast a black woman on a show,” added Candice Patton.  “You have to write to that character, have hair and make-up for a black character and have producers that understand the black experience.”  One thing was evident:  All the panelists were proud to be associated with a network that practiced what it preached. 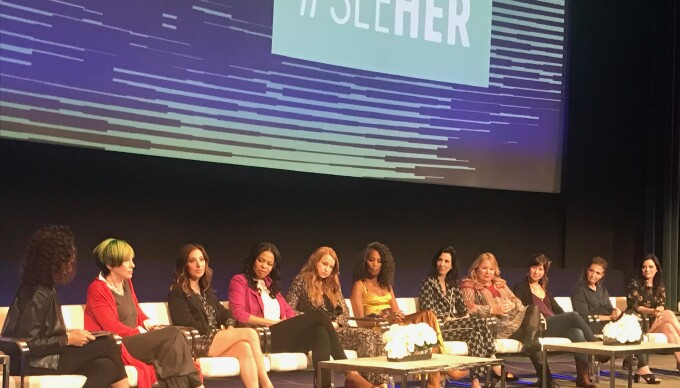 That was especially clear during the culturally diverse female-driven executive producer and showrunner panel that included representatives of Black Lightning, Legacies, Legends of Tomorrow, Arrow, All American, Supernatural, Crazy Ex-Girlfriend, Supergirl, Charmed, Jane the Virgin and the upcoming Roswell, New Mexico.  Presented in partnership with, and under the banner of the ANA’s #SeeHer initiative (a movement designed to accurately portray all women and girls in media), each of the panelists shared stories of their rise to prominence and the importance of mentorship, along with insights into the challenges of creating a diversely rich staff of gender and color to helm their shows.

Following the panels, the network presented an activity filled soiree with many stars of their new and returning shows that included a Charmed-themed perfume-making booth, a Legacies inspired GIF booth (that delighted series executive producer Julie Plec) and an All American football ring toss game that series star Daniel Ezra (pictured below in white) was only too happy to participate in. 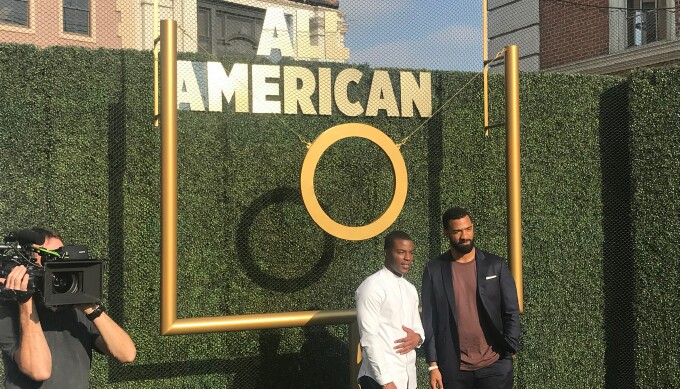