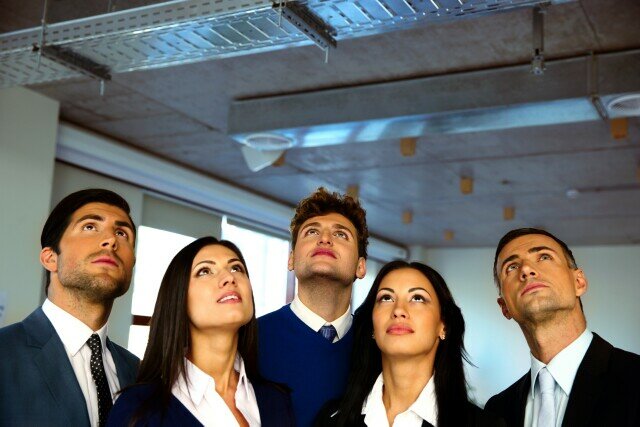 My friend Tim Spengler has been doing big television advertising deals for many years, having been President of Initiative, Worldwide CEO of Magna Global, President Simulmedia, President Dentsu M1, and currently General Manager, Advanced TV Solutions at Amobee, which is good news for Singtel, the company that owns Amobee. Our Zoom calls are fast-moving adventures in mind stretching ideas back and forth, looking at what's going on from our virtual space station. He piqued my interest recently by sending me this e-mail:

Did I give you my take on the most interesting category in marketing today?
1) scale (big) and growing
2) creative is key
3) data models
4) full funnel marketers
And when I yell at my friends on the media side they say, "Oh yeah, that's true"
Thought you might want to shout it, too.
Tim

So, of course we set up a Zoom to allow my brain to reach closure and, ultimately, to decide that Tim was right, and the topic deserved this article.

"Did you notice how much the insurance category is spending on advertising nowadays?" Tim asked me. I had a vague idea that it had increased since the last time I looked but was surprised when he started to rattle off the numbers.

Tim had indeed noticed something that had snuck up on me, and maybe on you. I thought it was worthwhile bringing it to your attention just in case.

At TRA we had three of these insurance companies as clients. They were very math-driven companies of course; their very business depended upon actuarial probabilities. Tim also pointed this out about them. He also noticed a number of other interesting details about them:

Two hypotheses come to mind to explain why this vertical has been upping its adspend to such a degree:

If there is even a possibility of the latter -- we are all underspending -- I asked Standard Media Index to share with us the last few years' ad spend trends in the insurance vertical in the U.S. and, just in case their media type shifts might be worth other types of advertisers considering, how their media allocations have been changing.

It's interesting to note that despite being a complicated consumer decision process which usually tips the scales toward digital, these insurance giants are still spending more in TV than in digital. 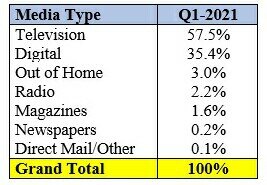 Interestingly, they are also spending more in broadcast than in cable network, including "tier 1 sports and other expensive programming, too" as Tim pointed out. Note in the table below how broadcast increased in 2021.

Very much countering the trend of national advertisers as regards spot television, of late they have been increasing their use of spot: +26% in the first quarter of 2021, for example, and the spot TV percentage has been increasing since 2017.

What do they know that most of us haven't figured out yet?