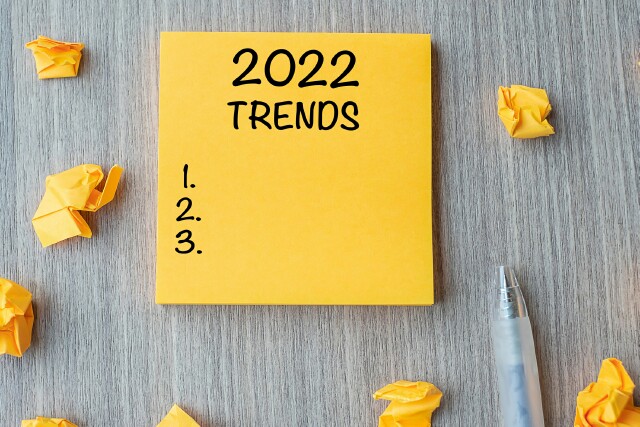 MediaVillage founder Jack Myers recently asked me to put forward three or so possible trends in news media that may increasingly come to fruition in the short-term future. The purpose of his request was to inform a presentation he will soon be giving regarding the future trajectory of the industry. After having relayed these observations to him, I will, in turn, share here a slightly modified version of what I told him earlier this month. With that said, given my frequent admonition about the risks inherent in any journalist or commentator seeking to forecast the future, I will refrain from asserting that these trends are, in any way, certain to continue; at present, however, each is either currently extant or, in the case of the third point I will raise, being actively debated as we speak, with possible action to follow. Here goes.

Revisiting the subject of my November 1st MediaVillage podcast "Is Pillarization Coming for News Distribution?," a shift appears to be in progress wherein content distribution platforms are coalescing along ideological lines (i.e., Rumble v. YouTube, Callin v. Spotify, Gettr v. Twitter). This trend was accelerated by certain journalists and, as they say, ”content creators” experiencing censorship at either the media outlets where they worked or on the platforms they later vacated. For instance, Glenn Greenwald, following his parting of ways with The Intercept due to the censoring of one of his columns, has established himself at Rumble (for video), Callin (for audio), and Substack (for articles). (By way of disclosure, I also host a show on Callin.) Similarly, though they are not journalists, officeholders with large online followings such as Sen. Rand Paul (R-Ky.) have recently sworn off YouTube in favor of Rumble, joining commentators who have also just done the same following complaints with YouTube's content moderation policies. Just as the past decade or so has witnessed the increasing proliferation of ideologically tailored news outlets, now distribution platforms appear to be following a similar trajectory, at least for now. And as larger sums of money are invested in developing these platforms, we will see the degree to which they succeed in supplanting their more established, household-name counterparts.

The second point is drawn from my November 29th MediaVillage column "Should Journalists Be Amateurs or Professionals?," in which I explored the emergent trend whereby journalists and commentators derive a significant portion of their income from sources other than a salary from a media company. Some of this comes in the form of direct contributions from fans of their work (i.e., Patreon or Substack subscribers). Even more so, however, amid the work-from-home era and due to reduced barriers to entry to starting one's own blog or small media outlet (like The Dispatch, Marshall Project, etc.), the journalistically inclined—perhaps they have a day job, are a stay-at-home parent, or are simply already well-off—can start to opine on or investigate the pressing topics of the day sans official media employment. And due to the cratering prestige of many of the legacy outlets, there is ever less stigma associated with having one's own upstart outlet or simply curating a newsletter for one's subscribers and fans.

The third point may, at the moment, be the least actively present; however, should it come to pass, it would constitute the most significant change to the status quo, and this refers to the possibility that Congress will make good on its stated position of pursuing bipartisan antitrust action against certain Big Tech companies, particularly Alphabet (Google's parent company) and Meta (Facebook's parent company). This potential congressional action also comes in the wake of the Department of Justice (DOJ) -- joined by eleven state Attorneys General -- filing a lawsuit in October of 2020 alleging that Google has ”unlawfully maintain[ed] monopolies through anticompetitive and exclusionary practices in the search and search advertising markets.” (In the time since, reports have also emerged that the DOJ is readying a second antitrust lawsuit against Alphabet.)

Then, in addition to the antitrust question, there is also the possibility of Section 230 of the Communications Decency Act, which provides legal immunity for platforms by distinguishing them from publishers, being either repealed or modified. Mike Matthys of the First and Fourteenth Institute has, for instance, offered one possible Section 230 modification course of action. Matthys' proposal is rather middle-of-the-road. Other proposed changes, however, could go so far as to make platforms fully liable for their users' speech or content, and this would represent a remarkable change in course for how these companies have operated. So this is all to say, should these governmental actions continue to develop, it is possible that Alphabet and Meta (and perhaps also Amazon) will see their hegemony decrease. If that should come to pass, we could witness a renewed appreciation for advertising with media outlets and, therefore, a potential reverse in the ascendancy of subscription-based revenue models. Such an environment would potentially result in investors rediscovering an appetite for investing in media after years of hesitancy given the extent to which Alphabet and Meta capture advertising dollars on the Internet. And lastly, just as the 1992 Supreme Court ruling in Quill Corp. v. North Dakotagreatly informed Amazon's initial business model (and continued to do so until 2012), clever entrepreneurs have long been able to capitalize on various changes in regulation or government policy. As such, we can expect that any of the aforementioned potential changes to the Big Tech-run online environment would catalyze a new round of Internet entrepreneurs looking to capitalize.