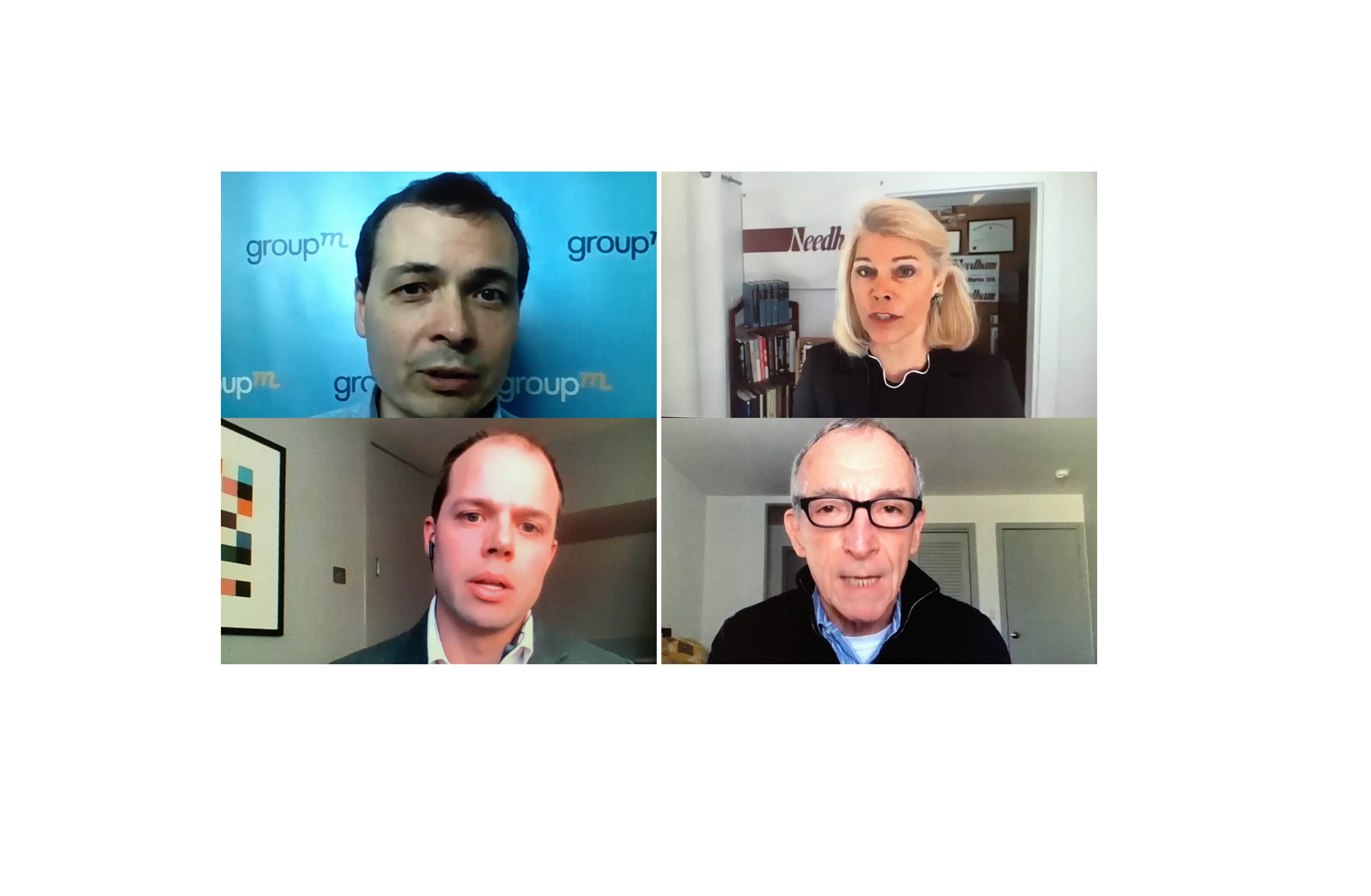 For those of us in the media industry, Coronavirus-related uncertainties include not only personal health and finances, but also the future of the media business — specifically the pandemic's impact on advertising revenue. The ARF has been offering Virtual Town Halls on the subject, with the most recent one (held on March 26), on global advertising, addressing the question: What are the long-term impacts and best practices that we can adopt to plan for the future?

For Martin, past market predictions were not prescient. Back in December 2019, both Zenith and WPP were predicting global ad spend increases of over 4 percent year-over-year. But Martin anticipates that by April, huge losses will result in the GDP cratering as unemployment claims skyrocket. "Economies are shutting down," she stated, adding that it is not easy for professional forecasters to look ahead with any certainty regarding GDP. Challenges abound. First, they must be able to predict when the infection rate will peak in every country. Then they need to see how long it will take for consumer demand to return after each peak. Following that, they would need to know what percentage of small businesses will fail before consumer demand returns. "Small businesses are a large part of overall advertising," she explained.

The U.S. Is in Better Shape Than Other Countries

Using the stock market as a predictive indicator, and considering its current huge declines and high volatility, Martin explained that "the market is telling you [to expect] a negative $6 trillion forecast. But how much of that decline is [consumer] sentiment and how much of it is actual fundamental deterioration?"

There is cause for some optimism, however, even if only relative to other countries. The U.S. stock market represents 44 percent of the world's market capitalization — 20 percent of all listed companies — and has more highly-valued companies on average. This means that the U.S. is better prepared to become more dominant over time compared to other countries, Martin said, "because the rest of the world's businesses are all a third of the size."

So, while we may be worried about small businesses in the U.S., "the rest of the world is actually in worse shape," she asserted. Another factor in our favor is that the U.S. is more productive than most other economies. But now may not be the time to buy, she warned. We don't know how long it will take for the virus to dissipate and consumer sentiment is currently "anti-exuberance," meaning depressed and cautious.

Martin usedthe travel category as an example of how the global advertising market could be negatively impacted. Travel and hospitality, which has effectively shut down, was projected to edge out CPG in 2020 as the fifth largest digital advertising category, representing 8.6 percent of ad spend. Because half of all travel spending is on digital media, Martin posited that the impact of travel advertising shutting down is three times worse on digital than it is on offline media. Further, Google search represents 70 percent of travel digital ad spend.

The takeaway is that "when travel silos turn off, different media are affected in different ways." In addition, Martin noted that because 50 to 70 percent of TV inventory is bought in the prior May and is contractually obligated, TV is in better shape than digital (which is bought in scatter and by auction and can be canceled immediately) to withstand market volatility.

Brian Wieser Sees Cause for Optimism

Optimism, With a Caveat

Wieser is seeing some hope for optimism in the virus trends. He has been monitoring China, where the latest reports show the spread slowing. "China has turned a corner," he explained. "[It's] a baseline to think about how this plays out in different countries." But, Wieser noted, there are three different kinds of countries and each type needs to be taken into account when projecting the impact on global ad spending. For Wieser, countries divide into "those who were hit with the crisis and immediately took appropriate, aggressive steps to address the matter — among those are Japan, Singapore, and South Korea. There are those countries that messed up for a month and then took aggressive steps; China is probably the best example. And then there are countries that messed up for [multiple months] and are hopefully taking the right steps. Italy is pretty clearly in that category. It remains to be seen how exactly different countries will follow."

Wieser believes that small businesses are the most immediately impacted and often "have the fewest resources to see them through a crisis such as this one, with a limited ability to tap into the financial systems" for help. Unfortunately, these companies, to date, aren't receiving a lot of support. "This is where the most severe risks are," he said. "Small businesses are being hit first and fast."

Lessons from past financial crises are not always the same lessons for today, he added. Countries with a solid safety net provide some relief for small businesses, but this not ubiquitous worldwide.

Because China is getting back to business, Wieser is less concerned about lost output that could disrupt the supply chain, which, at the time of the initial outbreak, seemed inevitable. "The bigger threat is that other countries around the world don't take the right actions, and then become the risk for China if demand doesn't reemerge," he said. "The bigger point is that we can actually make this worse." Specific public policies and actions by citizens and individual countries will drive much of the outcome, which, at this point, is an unknown.

What Should Brands Do?

In this time of uncertainty, brands should focus on ways to stay relevant and be helpful to consumers. Some companies are pivoting in ways that change their business in socially positive ways. Take, for example, "companies with [alcohol-based] products finding ways to convert their production lines to hand sanitizer manufacturing. Anyone with a capacity to produce heavy metal–based hardware can produce ventilators," Wieser explained. "But even brands that have nothing to do with the physical needs of emergency professionals are finding ways to be helpful," by altering their creative messaging to encourage social distancing, such as Coca Cola's billboard in Time's Square.

Any pandemic outbreak shouldn't come as a surprise because, Polman asserted, if you go into the archives, policy health experts have been talking about this for a long time. Four primary factors, he suggested, have created a perfect storm:

Polman believes that a long-term need is finding a sustainable and affordable food chain. In the short term, pressing needs include, "having a vaccine, a preventative treatment, as well as long-term testing." He noted that consumer confidence is essential. But this will be problematic, as the latest studies show that confidence is in freefall.

The long-term trend for GDP growth and ad expenditures "is yo-yoed over a long period of time, and quite consistently over the economic cycles. The rule of thumb is to expect a downturn every 10 years," Polman said. "We were due one, but I don't think anyone foresaw how this one would be happening." We always bounce back, he added, so those who can afford it should start to plan for the recovery.

Brand relevance has never mattered as much as it does now. Take, for example, hand sanitizers, which are, according to Polman, counter-cyclical. "Media is a more normal example," he stated. "Media consumption has been going up dramatically, as it typically does in a down cycle, as a function of more people who are unemployed. In this case, people unemployed and people stuck at home."

Agility is another success factor where making decisions fast is a big differentiator. Risk-taking is another. "It's not just making decisions quickly, but [also] being able to take risks to take advantage of any opportunities," he added.

Long-term orientation matters a great deal. "The companies that are long-term oriented are the ones that are going to win," Polman said, adding that "consumer trust has never mattered more. It will be critical." He advised that brands, depending on the category, maintain their market share of voice, "which you can do even with a lower budget…. It could take three years for brands to see the full impact of their investment. That's why it's such a key long-term game."

In a parting word of advice, Polman offered the following: "Every one of us has a role to play when it comes to leading and driving corporations. A lasting message from all of this is, in any crisis, the rate of change will accelerate." I wonder, can we handle any greater rate of change?

Don't stop now! Stay in the know on industry strategies and trends with more from ARF InSites.