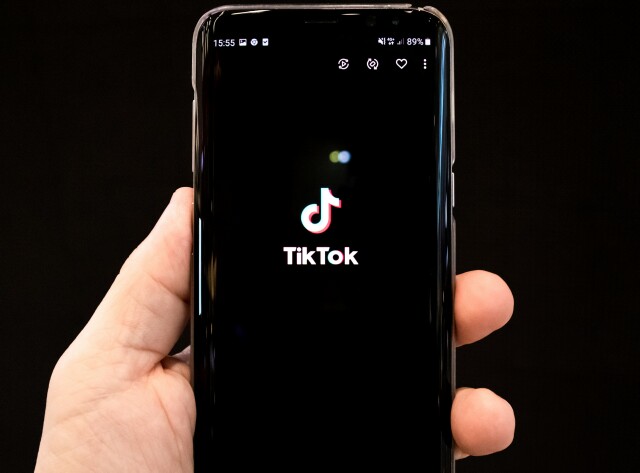 Assisted this year by the social distancing requirements of the COVID-19 pandemic, TikTok has since its arrival in mid-2018 amassed over 500 million users. As recently as last month (October), it had accrued over two billion mobile downloads around the world. Celebrities use it, your kids use it, my kids use it, and their friends use it. It’s Snapchat meets Vine meets the comments section of your favorite Twitter thread, and whether you like it or not, for many people it is the primary way to instantaneously reach an almost bottomless well of user-created content. So, what makes it so special?

I’m aware that when it comes to stuff like this – apps that seem to hit the world like a quick and sudden wave – there are usually two camps: the people who ride that wave right away, and the people who dodge that mother like it’s a tsunami headed towards their beach house. I was in the latter category. I’m not that old of a guy, but to me TikTok was for kids. I literally said the words, "My son is 12 and he uses TikTok. I think I’m good." That sentiment only lasted for so long, however, because after a certain point it (the app) became impossible to avoid. It was Snapchat all over again. Suddenly, people in my immediate age group were vibin' with each other over references I was no longer aware of because they were no longer referencing movies and TV shows. They were referencing TikToks (as the 15-to-60-second videos posted on TikTok are called). It was like everyone had these inside jokes that I wasn’t privy to. The FOMO was real, guys.

Once I got on there, I began to see its appeal. The thing it does best is fill time. Just open that sucker up, and bang, a constant barrage of fresh content and interaction. A feed of full-page videos appears, and with a single swipe up or down one has the instant ability to find something completely new: a video recipe for homemade marshmallows, a viral dance challenge, a makeup tutorial, whatever. It’s all there.

It makes sense when you really look at it, because the need for this kind of simple short-form content is all around us. These days, we are constantly in socially distant lines, or waiting for a contactless deliveries, or looking for a distraction from whatever thing life is making you do through Zoom. The content provided by TikTok has the ability to fill any amount of time because most of it is fleeting. Eventually all those seconds add up and you realize you’ve been TikTok-ing for hours.

All this TikTok talk has me ready to highlight a couple of my favorites. First up is a young woman named … well, I don’t know her name, but her TikTok handle is @Yoleendadong (and her name is probably Leena). She does duets with videos she finds on the Internet, mainly other TikToks, where she reacts to them while joking in a hilarious voice. (A duet is a video that splits the screen with another video that already exists, like another user's TikTok, allowing the user to react to or with the original video.) Honestly, I’m not even sure if she’s doing a voice or if that’s just her, but either way, her clips are gold.

Next up is @Jilliansurfs. She does these very cool transition videos, 100% on her phone, that truly impress every time I see them. The dedication and forethought it must take to plan and then execute these things gets more and more impressive with every video, and Jillian even takes the time to break down how she did some of her best stuff, too.

Lastly, there’s a dude named @Matthewking__, and literally all he does is dance. The same dance. Over and over. The catch is he takes very specific requests, like "100% asleep, 100% dance, 0% emotion" or "do the dance but film it from the ceiling" or "do it in reverse." No matter what the request, the results are always dope.

Quibi famously failed in its attempt to similarly take up time, albeit with pricier programming. The goal was for it to become an essential streaming service that offered shows/movies in 5-to-10 minute "chapters" that, like TikTok, were in vertical phone screen format. The difference in the two is the size of the time blocks the individual apps were trying to fill. Quibi’s blocks of content were meant to make it feel like a mini-Netflix, or a YouTube that solely featured short-form content, but that amount of time was meant to be experienced on the go (in trains, on buses, at the subway station, in the back of Ubers, etc). Because of the pandemic, all those forms of travel took a major hit, and while the world definitely kept on spinning, it’s been doing so just slow enough to keep a lot of people out of situations in which Quibi might have thrived. Factor in the emergence of TikTok and its existence as an amorphous mix of A.I.-curated, algorithmically distributed time-filling media, and it gets a little easier to see how the coronavirus more or less sealed Quibi’s already questionable fate.

At the end of day, social media platforms, streaming services and the like come and go, but the more important point is how their respective presences continue to affect both the media industry and the larger world of general content creation. There’s a reason that certain things are harder to ignore than others. TikTok is one of those things. It’s become so popular that even social media conglomerates like Facebook have adopted their own versions of it, which is exactly what the 'Gram's newest installation "Reels" is. For reals.