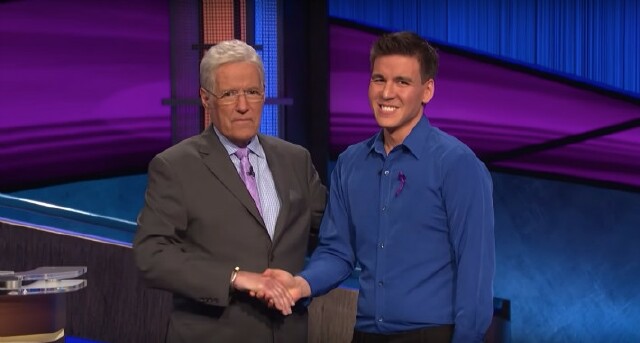 The conclusion of my Top 25 Programs of 2019 series featuring my top five picks (one of which is my choice for Program of the Year) indicates several things.  First, HBO is back in a big way, with two supershows -- Watchmen and Game of Thrones -- included below.  The drama Succession is not among my top shows, but it seems to occupy a position of honor on almost every other Best of 2019 list, as do Last Week Tonight with John Oliver, the comedy Barry, the last blast of Veep and the limited series Chernobyl and Years and Years.  I haven’t seen HBO in such fine form since the days of The Sopranos, Sex and the City, Six Feet Under, Band of Brothers and the early seasons of Curb Your Enthusiasm.)  Second, even though there have been grumbles this year about Netflix offering too much content at the expense of quality, the limited series When They See Us and Unbelievable provide essential reality checks.  Netflix is in top form, arguably telling the most uncompromising contemporary stories on television.  Also, less really is more, especially when programming is promoted as something to binge.  (Both dramas ran for eight hours, and eight was definitely enough.  Unlike so many other streaming shows, including many on Netflix, there was no filler.)  Third, my choice for Program of the Year proves that compelling television entertainment comes in all varieties and that broadcast can still be triumphant.  Also, like many things in life, a TV program can get better with age, and a show need not be scripted to establish and maintain unbreakable emotional connections .  And now ... the final five.  (Scroll down for links to Parts one, two, three and four.) 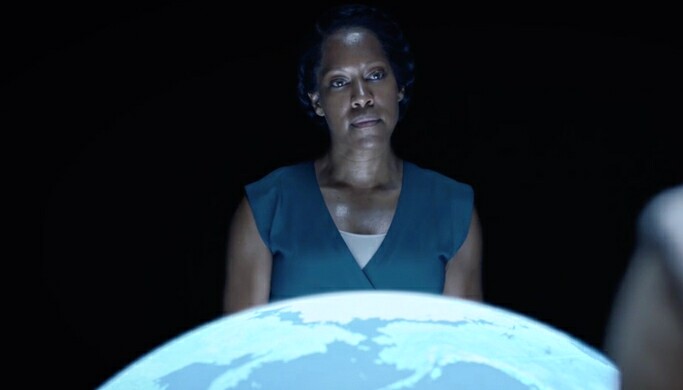 I read Alan Moore’s graphic novel back in the ‘80s, and while I was engaged throughout, I finished it thinking that I had missed something.  A lot of things, really.  It’s the kind of massively detailed work that requires two or more readings, which meant I would never fully grasp the material, because who has time to read something like that twice?  Turns out I made the time 30 years later, wanting to review the source material that served as the foundation for Damon Lindelof’s epic continuation of the story.  I enjoyed it all over again, but when I was finished, I once again thought that I didn’t absorb it all.  The same happened with Season 1 of HBO’s mind-bending, heart-rending series.  It’s going to take at least one more viewing, and maybe more than one, before I am fully comfortable with it, because the material is so dense, and also because it’s a Lindelof project.  Watchmen the series was all-over-the-place, just like his breakthrough, Lost, but it was grounded by way more urgent ideas and demanding themes, and while I wasn’t sure what the hell was going on for much of it, I never felt, erm, lost.  In other words, I think Lindelof really thought this one all the way through and figured out where he wanted to go and how he wanted to get there.  Not to sound too much like Dr. Manhattan, but Watchmen felt like every minute was and always will be worthwhile.  Unlike so many other shows, from Lost to Game of Thrones, the final episode of its first (and possibly only) season was thrilling from start to finish, and it ended just right.  I don’t want to know if consuming that egg could turn anyone into a god.  I want that to be left to my imagination, and to live there forever.  Could that be a new area of interactive television?  Works for me. 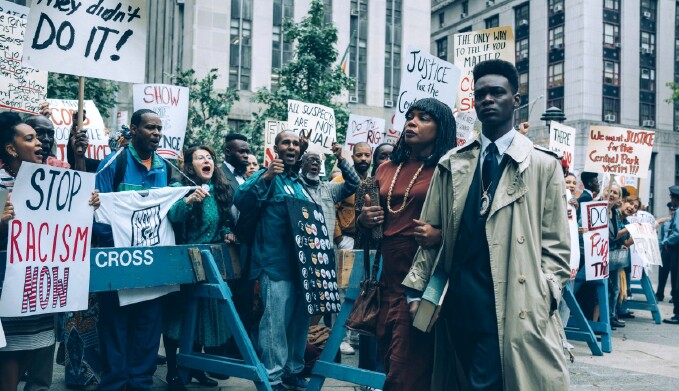 Newcomer Jharrel Jerome gave one of the most powerful performances of the year as the teenaged and adult Korey Wise, one of the five young men of color known in the ‘90s as the Central Park Five but now referred to as the Exonerated Five.  (The others are Kevin Richardson, Yusef Salaam, Antron McCray and Raymond Santana.)  In the dangerous pit that was New York City circa 1989 they were browbeaten by the NYPD into admitting to a heinous crime they did not commit: The brutal rape and near murder of a young woman who became known across the country as the Central Park Jogger.  At the time of its premiere, our own Ainsley Andrade had this to say about this searing drama: “I honestly felt like I was watching a horror film.  Every step taken, every decision made, by both the victims and the aggressors (the NYPD), was another nail in these boys’ coffins.  I wanted to yell at the screen.  ‘Don’t go in there, man!’ ‘Stop talking!’  ‘Ask for a lawyer!’  The anxiety was almost too much.  In a society where perception and public opinion matter more than actual innocence or guilt, the responsibility of objective and fair professionalism and integrity on both the parts of the police and the media become just that much more important; especially when it comes to historically disenfranchised groups of people.  Is this a call to action that will be heard?  Historically, no, but When They See Us does do the heavy lifting required in the effort to restore the stolen humanity to the reputations of The Central Park Five.”  A few months later, Richardson, Salaam, Wise, McCray and Santana received a standing ovation at the Emmy Awards, where Jerome was honored as Outstanding Lead Actor in a Limited Series. 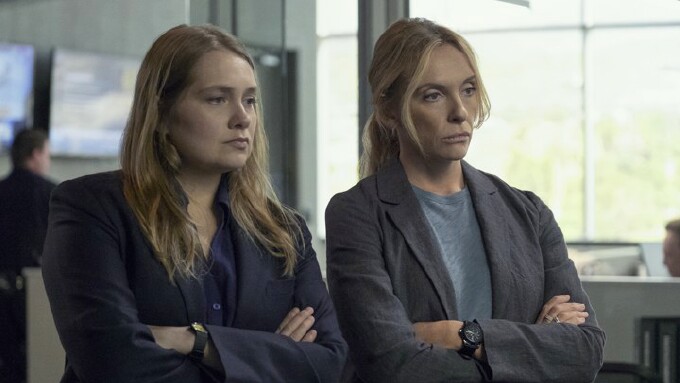 Netflix in 2019 offered two powerhouse limited series that could be honored as the most riveting drama of the year:  When They See Us (see above), the story of the five young men of color (boys, really) wrongly sentenced to prison for a crime they did not commit, and Unbelievable, about two female detectives who work tirelessly to capture a serial rapist and the long-term impact that violent sexual assault has on survivors.  Both are true-life stories, adding to their relentless urgency, and both are fine choices … but I’m going with the latter, strictly because of the breathtaking performances by the three female leads – Merritt Wever and Toni Collette as the tireless detectives and an utterly mesmerizing Kaitlyn Dever as a troubled teenager who is attacked, reports the crime, and then mysteriously recants her story.  There wasn’t a performance in this piece that wasn’t pitch perfect, or a false moment in any aspect of this production.  I couldn’t take my eyes off Wever or Collette when they were on screen. 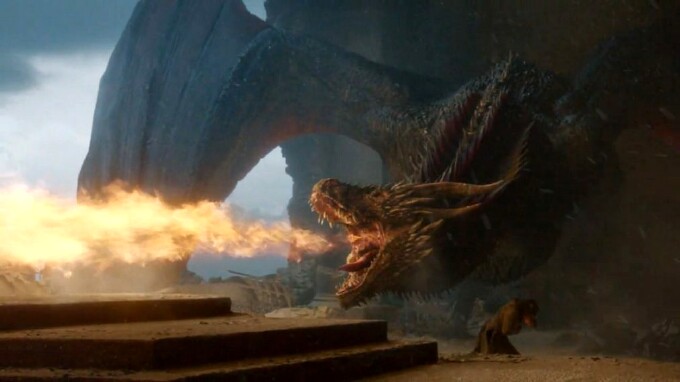 If anyone wanted to argue that Game of Thrones deserved the No. 1 spot on this list I wouldn’t resist.  Because even thought the final six episodes of this true pop-culture phenomenon were less than satisfying, they added up to the kind of sensation that dramatic television hasn’t seen since The Sopranos (and, before that, Dallas).  The flaws were unforgivable.  The long-awaited Long Night, which hurried through a war between the living and the dead for which fans had waited a decade, was too dark.  (I was one of the millions who thought the problem was with my flat screen.)  Danerys appeared to be enjoying a venti Starbucks coffee during the celebration that followed when the dreaded Night King was slayed.  Cersei got off too easy, dying in her lover’s arms after years of tormenting and torturing innocents.  Multiple characters made strange choices, seemingly to move the story along as quickly as possible.  And the bastards killed another dragon!  Much of it made no sense at all.  Wonderful opportunities for unforgettable narrative developments were missed.  But, as a friend of mine so eloquently put it, Jon Snow got to ride a f*cking dragon, so there’s that.  GoT may have whiffed at the end, but it was great fun to talk about, and it drew people together like few shows actually do.  And when it worked, it was still a masterpiece.  (The image above, of Drogon grieving the loss of his mother, still chokes me up.)  I’m not sure what I think about HBO developing prequels and sequels, but I would like to know if George R.R. Martin still plans to write the final two novels in his series. 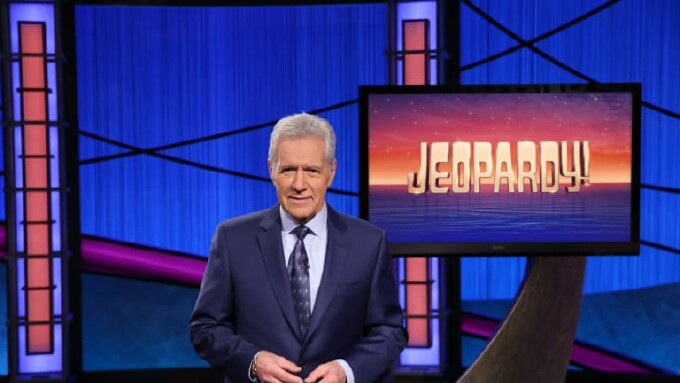 Yes, Jeopardy!  Someone you know watches this show.  (Maybe you do, too.)  Indeed, no other television program this year captivated so many people over a longer period of time than this venerable franchise (which began in 1964), and the reasons couldn’t be more different.  Host Alex Trebek, one of the most beloved TV personalities in the history of the medium, stunned viewers with the announcement in March that he had been diagnosed with stage four pancreatic cancer.  Overnight, he morphed from popular game show host to hero of millions, declaring that he would meet the challenge head on and win the upcoming battle, all the while sharing updates good and bad with his fans and thanking them for their outsized output of love and support, and advocating for public awareness of this deadly disease.  Then, along came James Holzhauer (pictured at top with Trebek), soon to be known as Jeopardy James, who launched into a long-running winning streak that threatened to surpass that of Jeopardy! superstar Ken Jennings.  Throughout most of 2019 this daily show was thrilling to watch, and its growing emotional connectivity was profound.  The truth is, even without the heartbreaking news about Trebek and the epic success and sudden failure of James (who later returned and succeeded again, winning the Tournament of Champions), Jeopardy! would have remained as engaging and rewarding as ever.  And the excitement is going to continue January 7, when ABC presents a multi-night showdown between Holzhauer, Jennings and Brad Rutter, the all-time top Jeopardy! award winner.