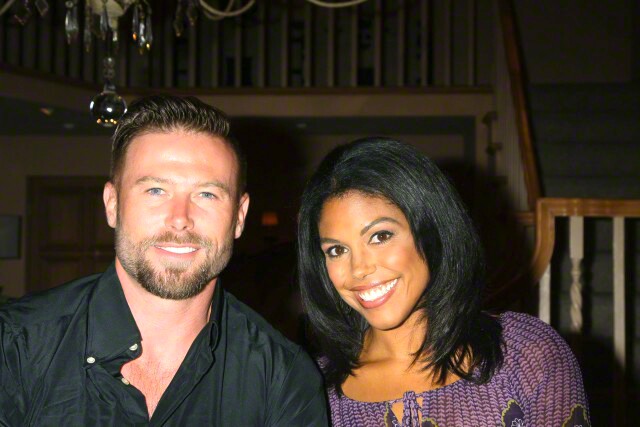 This was the year of Transgender TV, toplined by the documentation of Bruce Jenner’s transition to Caitlyn Jenner on various observational reality programs on E! and the debut of the ABC Family reality series “Becoming Us” and, on the scripted side, the ongoing accolades for Amazon’s award-winning “Transparent.” But the most surprising transgender drama of all played out on CBS’ sterling soap opera “The Bold and the Beautiful,” which with a heady mix of great sensitivity and timeless soap tropes told the touching, tentative tale of popular model Maya Avant’s revelation that she had been born male (and was at birth named Myron).

After a rough start (she once lived on the streets of Los Angeles) Maya (Karla Mosley) had been happily building her career and was romantically involved with two young men – one of them FC president and heir to the company Rick Forrester (Jacob Young), long a spoiled bad boy on the show. (Mosley and Young are pictured at top and below.)

It is worth mentioning that Maya’s saga was well into its development long before the real-life drama of Caitlyn Jenner became household information, even if the two stories played out simultaneously on television. 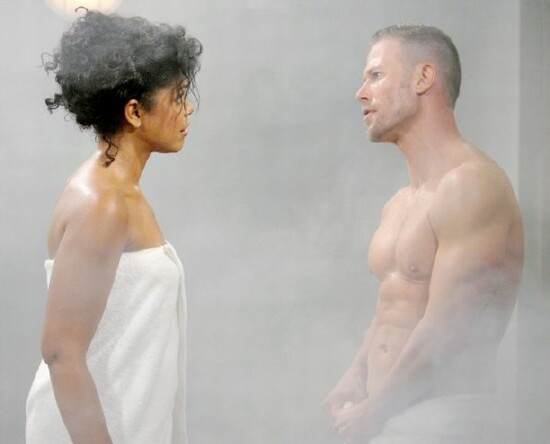 Maya’s story – the subject of the most-read column to date here on MediaVillage – was informative, enlightening and mature, doing much to advance understanding and acceptance of transgender people while also delivering those daily soap cliffhangers that are often taken for granted in daytime dramas (and are very often cheesy or contrived or both, though those in Maya’s story were neither).

Making this story even more significant, Maya and her family – which was not wholly supportive of her revelation at the start – are African Americans. That sounds like it shouldn’t be surprising or merit special attention, especially because each of the remaining four broadcast serial has increased the diversity of its casts. But none of them has done so with the undetectable ease this year of “B&B,” which for the first time ever suddenly had a family of color at the forefront of its drama.

What impressed me most about Maya’s story was the beautifully written scenes between Maya and her lover (and now husband) – the rascally and sometimes rotten Rick – a character not necessarily known for his kindness and understanding, or for being completely honest with the many women in his life. In fact, when Rick and Maya began dating, and for reasons too lengthy to get into here, Rick hadn’t been open and honest with Maya about who he was. His loving acceptance of Maya when she told him the truth about herself and his simultaneous acknowledgement of the many secrets he was guilty of keeping over the years from the people he loved weren’t just the stuff of good soap opera. They were the making of television history.