TV Is a Better Media Buy Than It Ever Has Been. Here's the Evidence. 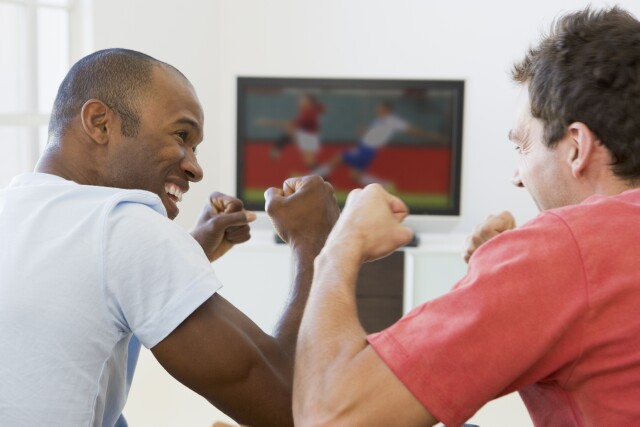 In my December 17 column I pointed out three things: 1) Sight, sound and motion -- the characteristics of TV/video -- have always been presumed to have more advertising impact than media which depend on a single human sensory system, such as "Sight Alone" for static print, conventional outdoor and digital display ads; 2) For this reason, the sight, sound and motion media received about 58% of U.S. national ad dollars in the era from Don Draper through 1989, while "Sight Only" received around 27% (the other 15% was radio), and 3) Today, Standard Media Index and PwC show that we have shifted without apparently noticing it, with "Sight Only" static ads increasing their share +63%, and sight, sound and motion losing -23%. This is as a result of digital display having low CPM, ease of buying, addressability, interactivity and big data.

Studies have shown that TV has higher ROI than digital display, overcoming TV’s CPM disadvantage. For example, Nielsen NC Solutions shows that, after making up for its higher CPM, linear TV doubles the ROI of digital display -- meaning it must have six to ten times the selling power ignoring cost. Nevertheless, the bulk of marketers today are betting on digital display as a solid replacement for billions of dollars that would have gone into TV had digital never existed.

Thus, it seems cosmic timing that the authors from the Marketing Accountability Standards Board (a non-profit), Loyola Marymount University, MSW Research and The Walt Disney Company came out with a powerful study in the Advertising Research Foundation's (ARF's) Journal of Advertising Research in December that has a strong bearing on this subject. The paper both compiles pre-existing ARF research and provides original research in which 7500 marketing mix modeling studies, 30 years of advertising test results, and "Nielsen Buy" month-to-month brand sales share change data are meta-analyzed.

Because the sample of cases goes back in time to 1980 it is possible to track the change in the sales effectiveness of television advertising over more than four decades. What it shows is that linear television generates about 20% more sales per GRP now than it did back then. A large part of the reason for this is that each GRP now represents +45% more U.S. homes/population now than it did in 1980.

TV in a realistic sense is an even better buy now than it ever has been.Somehow the sellers did not figure the population growth into their pricing adequately, or psychological negotiation factors made that pragmatically impossible.

Back in the beginning (the early 1950s, before my time), the catchphrase had been "cans flying off shelves" to describe the unprecedented sales impact that television had when first added to the advertising media mix. It was not hard to "tickle out" the effects of TV -- they were as clear as the sales impacts of coupons were in the 1980s. Except that TV made a profit for the brand.

The MASB paper cites ARF 2016 research which rolled up over 5000 marketing mix modeling studies and concluded that the optimal mix at that time (5 years ago) was 75% traditional/25% digital (average across all verticals represented).

That’s just about what we found in the FOX BHC SMI study covering most of the past five years.

Yet today SMI data show that U.S. national advertisers across all verticals have allocated only 47% to TV(including its digital forms) versus 53% to digital (more than 90% of it being static display, not sight, sound and motion).

Why would so many marketers totally ignore advice from science-based nonprofit organizations (not to mention from "common sense")?

The main point of the MASB study is to show that pre-testing the persuasion power of TV ads has been a reliable tool in making television such a foundational partner for the growth of brands with an unbroken success record. They propose an idea which comes back from time to time and is worth general adoption: Persuasion Rating Points – the copy pretest scores used as weights on GRPs. PRPs would cause greater use of the more powerful ads in the rotation pool and could be activated programmatically.

The most exciting table (to me) in the report shows the relationship between pre-test scores and brand sales share changes. Note that high scoring ads in pre-test show positive Nielsen market share effects in 100% of cases for the top two groupings.

Digital display is so cheap advertisers have tended to skip pre-testing and just test in the real world. This is part of the reason that there is a digital advertising bubble today -- like too much in subprime mortgages in 2008.

This is not to say that some digital display has exceptionally high ROI. Good creative (even if not pre-tested) and sharp media selection can make any media type work, and all media types working together is better than any other strategy.

But we have drained too much out of TV for our own good. And the proper pre-testing of advertising can always be made to pay for itself. These are two slap-your-forehead lessons that will continue to be ignored only by the ill-fated.