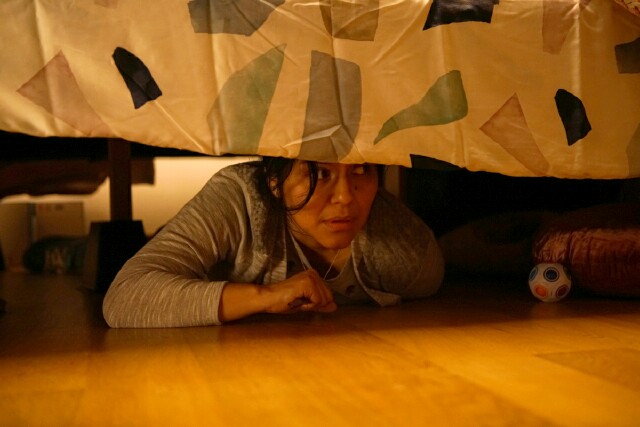 At first glance The CW’s Two Sentence Horror Stories appears to be exactly what one would expect.  Each episode opens with a sentence that establishes an idea, followed by 20 minutes of horror and, finally, that coveted second sentence to upend, or connect, it all.  It felt like more of a creative writing exercise than a series to me at the beginning, at least until I gave it a closer look.  What I found was an anthology series full of multicultural characters from authentic and diverse backgrounds.  I’m usually not much for horror, but these bite-sized (sometimes) slasher flicks just might be original enough to change my mind.

Inspired by viral fan fiction, and directed by actress, writer and producer Vera Miao, TSHS began life as a series of short films that were acquired by The CW and shown on CW Seed.  This year the network elevated it to a linear half-hour series -- one of a record number of original scripted shows that have populated its schedule this summer.  Turns out it's a great way for those of us who are still warming up to horror to enjoy a bit of it without having to sit through a whole feature.  I like suspense as much as the next guy, but I can’t imagine a horror movie marathon being fun.  It sounds like hours of anxiety.  Then we haveTwo Sentence Horror Stories, and suddenly I can get a taste of this horror stuff in the time it takes to watch Family Guy.  The runtime, while helpful, isn’t the only thing working in TSHS’ favor, though.  This show is low key diverse in the best kind of way. 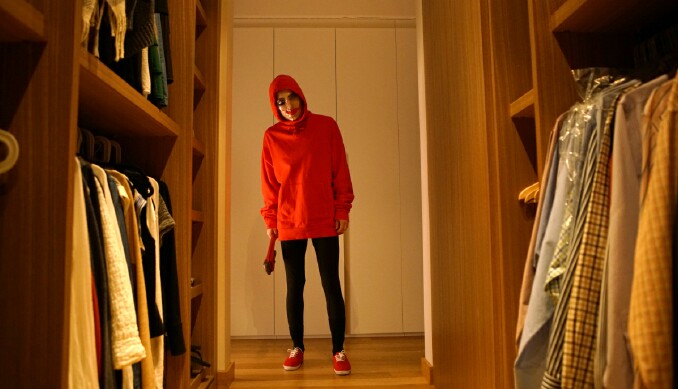 For starters, every episode has as its lead someone from an underrepresented group, and while their ethnicity or culture doesn’t always directly affect the plot, they are always depicted in an authentic way.  In this, TSHS’s second season, there is an episode called “Hide” in which a Latina nanny protects an autistic child during a violent home invasion.  This woman, who I believe was meant to be Central American, speaks with an inflection identical to the people like her that I grew up around.  It didn’t sound practiced.  It was real, and once I bought that I was in for the whole ride.  That’s one of this show’s secret weapons; if you don’t have enough time to make viewers care, then use the time to make them relate.  Yes, I cared slightly more about that nanny because she was just a little more familiar to me than the other characters.  This same effect is also at work in the episode “Legacy” (more on that one below), but one could argue that they all do it to certain extent.

There’s also a theme of social issues spread throughout the series.  The first two episodes of this current season dealt with sexual assault and violence against women, and in both cases the aggressors were male.  The ordeals these women go through are a harrowing watch, more so than any of the supernatural stuff that happens, because sexual assault and violence happen for real.  There are so many different scenarios where women are made to feel uncomfortable all the way up to being placed in mortal danger, and it is too often a slippery slope.  It’s even in some of that supernatural stuff, like in the aforementioned “Legacy,” in which the home of the protagonist is being haunted by the ghost of her abusive husband.  Turns out the true terrors of life and the horrors of our nightmares are a great combination.

I originally saw only the flaws in this series.  A bad habit?  Maybe, but it’s more a byproduct of proper scrutiny, and scrutiny is kind of what I do.  I thought the two-sentence formula was a trap that would eventually box its creators in.  All I saw was the “set ‘em up/knock ‘em down” of it all.  Turns out the opposite is true.  The restrictions of the two-sentence setup are inherently challenging and being in that kind of bind forced writers and directors alike to think outside the box I thought they might be trapped in when trying to keep these psychological horrors fresh.

As with any show, some episodes are better than others, but overall Two Sentence Horror Stories gets extra points for being its own thing.  It’s weaknesses somehow ended up being its strengths, and it won me over through its foundational commitment to social relevancy and diversity.  Everything else -- the camerawork, the acting, set design, and lighting, among a slew of other things – were already up to snuff.  But as with so much else in life, inclusion made the difference in the final product becoming what it is.