Univision “Reaches for the Heart” During 2019-20 Upfronts

By Juan Ayala May 20, 2019 Upfronts/NewFronts Archives 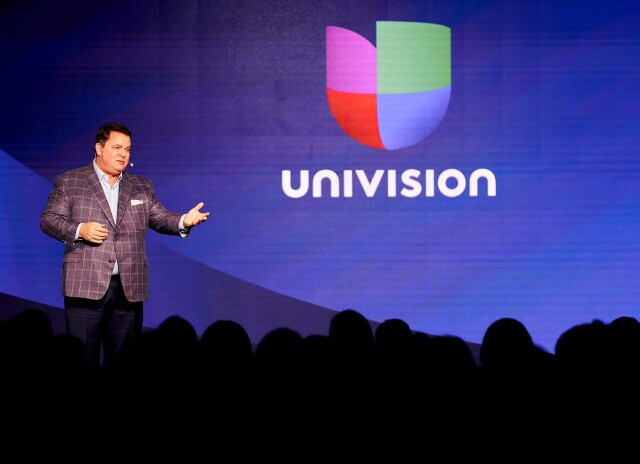 Univision Communications Inc. during Upfront Week once again proved how much it focuses on all audience experiences with an interactive Upfront event (see video below), inventively immersing guests in activities and displays tied to its programming and inviting everyone to “Eat. Drink. Explore.”  “Last year we decided to shake things up with the Upfront format” said Steve Mandala (pictured above), President of Advertising Sales and Marketing for UCI.  “We got such a positive response, we decided to take the same approach this year.”

Following a brief presentation by Mandala and other Univision executives, guests moved about a two-floor, multi-room interactive exhibit highlighting the network’s best current and upcoming programming, ranging from scripted dramas and sports to news, music and live events.  Structured to encourage an organic flow between sections that highlighted different genres, the two-floor experience -- this year at Center 415 -- worked much better than the four-floor experience last year at Spring Studios.

“Reaching for the Heart” was the theme of UCI’s Upfront this year, focusing on nostalgia and offering a lineup of reimagined classic telenovelas, increased coverage of some of the biggest sporting events of the year and the return of beloved, family friendly franchises. This was further emphasized in the opening video which featured long-time Univision News anchor Teresa Rodriguez, speaking on the idea of a powerful Hispanic heartbeat driving over all American living and culture.

“Other Spanish-language networks claim originality but only our dramas are diverse, inclusive, authentic and contemporary,” declared Jessica Rodriguez (pictured below), President and Chief Operating Officer of Univision Networks and Chief Marketing Officer for UCI.  “Our casting and storylines reflect our community’s world in vivid, compelling ways, addressing important topics that inspire the best kind of engagement.” 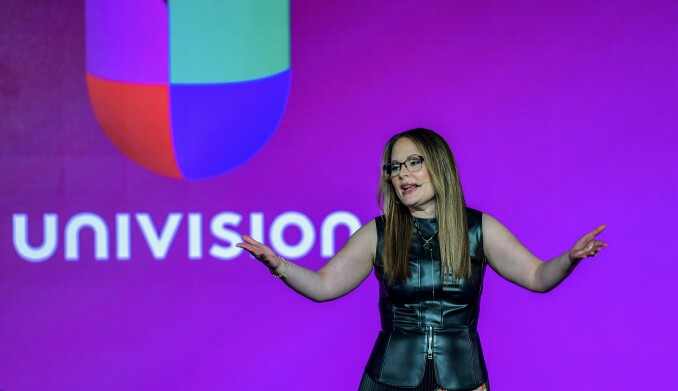 The presentation was all about Spanish-language programming, positioning Univision again as the dominant force in the field and sister network Unimás as a true compliment with its new primetime mix of news and unscripted series.  That said, sister cable networks Fusion and El Rey Network were only mentioned in passing through graphics.

Among Univision’s new scripted dramas are the highly anticipated El Dragón(The Dragon), starring telenovela heartthrob Sebastian Rulli (Papa a Toda Madre) in a “fast-paced, action-packed saga of epic proportions” as described by Rodriguez.  Rulli plays Miguel Garza, a Mexican-born young man who was sent to Japan as a child to flee from a corrupt family legacy.  El Dragón was filmed in five different countries, written by renowned author Arturo Perez-Reverte and produced by Patricio Wills.

A new endeavor, known as The Collection, takes four beloved classic telenovelas from Televisa and reimagines them for a new generation includingLa Usurpadora(The Usurper), Cuna De Lobos (Den of Wolves), El Maleficio (The Evil One) and Rubí.  They will be adapted into 25-episode runs, designed to be binged and considerably shorter than most telenovelas, which typically run 75-plus episodes.  Funnily enough, a few days after the Upfront presentation, my own mother was raving about the return of these readapted series that she remembers originally airing on Televisa and Univision many years ago.  Univision, like the other broadcast networks, doesn’t waste a minute getting its Upfront programming news out to the public.

“There’s no better way to reach for the heart than through The Beautiful Game: Soccer,” said Juan Carlos Rodriguez, President, Sports.  “Univision owns futbol viewing in this country,” he continued, adding that the network delivers 50% of all soccer viewing, regardless of language.  It’s no surprise that Spanish-language networks are increasing their coverage of iconic sporting events.  UCI’s portfolio for the 2019-2020 season includes the 2019 CONCACAF Gold Cup in June 2019, Liga MX and UEFA Champions League and Euro 2020, which will take place across twelve European cities and include 24 teams.

News also makes up a considerable amount of Univision’s content, varying between daytime talk shows like Despierta America,entertainment news show El Gordo y LaFlaca and the trusted Noticiero Univision led by Jorge Ramos.  To increase their efforts on local and national news, UCI announced an additional newscast: Noticiero UnivisionEdición Nocturna, which will be broadcast at 10 p.m. on Unimás with Enrique Acevedo and Patricia Janiot.