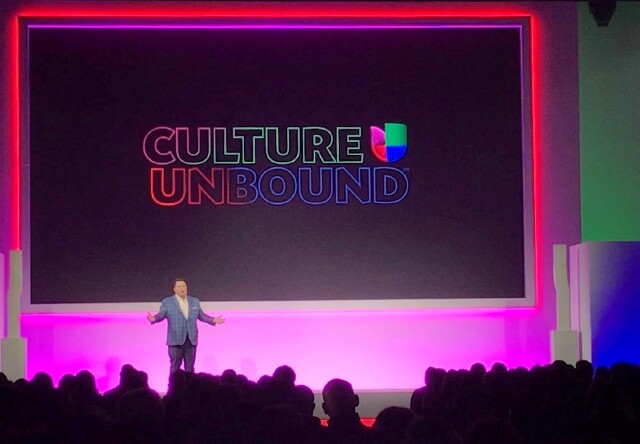 For years, Univision sandwiched its annual Upfront Week event in New York on Tuesday between presentations by ESPN in the morning and ABC in the afternoon.  In perhaps the most radical new strategy of any Upfront/NewFront player this spring, Univision moved from midtown to downtown and orchestrated a deluxe four-story immersive production that ran on Monday night and throughout the day on Tuesday.

Venue:  Spring Studios near the Holland Tunnel, home to the annual Tribeca Film Festival last month and Vice's 2018 NewFront engagement two weeks ago.  Four floors were set aside for Univision's effort: one for the presentation and three for interactive exhibits arranged by genre (news and information, entertainment, and digital/online -- the latter on a rooftop patio).  Advertising executives and the press had four opportunities to catch the presentation -- once on Monday night, once on Tuesday morning and twice that afternoon.  Fellow MediaVillage columnist Juan Ayala attended on Monday night and contributed to this report.  (You can read Juan's report here.)  I attended the first Tuesday afternoon presentation.  Grade: 5 Jacks

Presentation:  "Forget the theater district.  We're uprooting to the chic and fun district!  We're disrupting ourselves," Univision Chief Revenue Officer Tonia O'Connor (pictured below) declared in her opening remarks, alerting attendees that they were in for a far different encounter with a programmer seeking their business.  The intention:  Talk up the value of reaching Latinos on their terms and let the exhibits on other floors demonstrate the content Univision produces for them.  "They are directing media's roadmap," O'Connor asserted.  "They want personalization.  We're not just seizing the moment.  We're making it our moment."

Ad Sales President Steve Mandala (pictured above), marking two decades of Upfront appearances, urged the crowd to get behind multi-platform campaigns in Spanish.  "Job one is to open this template," he said.  Grade: 4 Jacks

News:  Both nightly and weekly scripted drama series on Univision and sister network UniMas will venture into new genre territory this coming season, thanks in part to multi-series production agreements with Netflix and Amazon Studios, and to "Pilot Season," an ongoing development program from main Univision program supplier Televisa.  (There have been more than 100 proposals from around the world submitted so far, with 10 either greenlighted to series or under further study.)  Tijuana will be the first new Netflix project, where journalists investigate the shooting of a political candidate.  The first "Pilot" series go is Brujas al Amanecer/Witches at Dawn, dealing with a group of women who use supernatural powers to avenge bullies in their lives.  Another off-beat drama is Apocalipsis/Apocalypse, exploring end of times-type incidents over three decades, including 9/11.  Other new attractions include L.I.K.E., a high-school student dramedy with music and social media elements, and live coverage this fall of the new Campanos Cup, positioned as U.S. soccer's Super Bowl (involving the champions of Major League Soccer and Mexico's Liga MX league).  Grade: 4.5 Jacks

Hosts:  O'Connor and Mandala, along with President and Chief Operating Offier Jessica Rodriguez and other top Univision executives, came off smooth and direct with the audience.  The other hosts, in a sense, were the interactive displays on various floors.  Juan and I both enjoyed the school locker set of L.I.K.E., where visitors could match their personalities to one of the characters by answering questions, and the 180-degree video panorama of soccer activity.  Another part of that area was a wall with soccer balls on the shelves that will be sent to school sports programs around the country later this year.  Special kudoes also for the simulated cockpit that connected visitors with Season Two of La Piloto/The Pilot.  Grade: 3.5 Jacks for the executive hosts; 5 Jacks for the look and performance of the immersive exhibits. 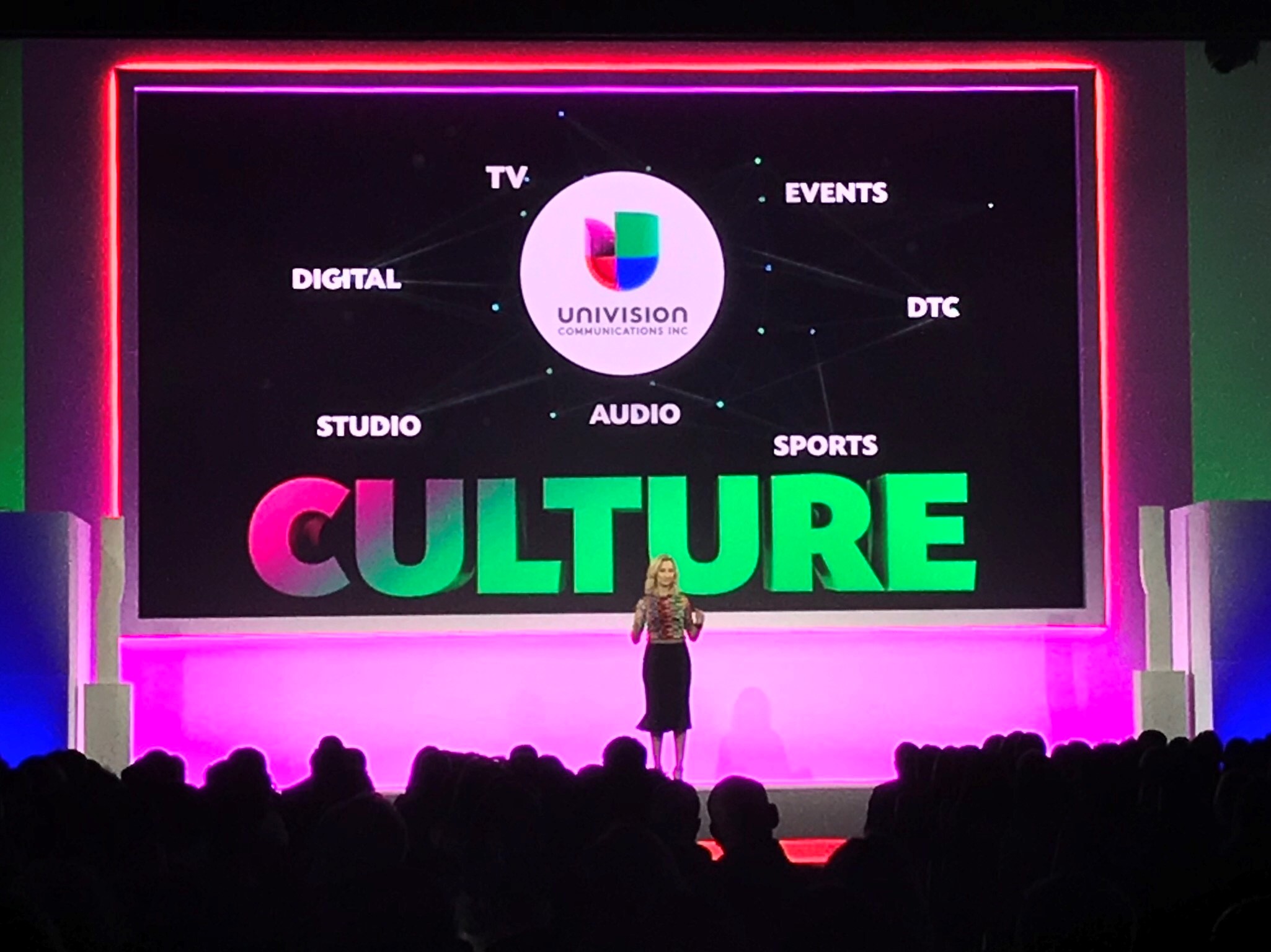 Star Time:  Univision was all about rap.  DJ Khaled (just nominated for several BET Awards) provided the closing entertainment during the midday presentation I attended, while Daddy Yankee performed Monday night.  A number of Univision personalities, including news anchor Jorge Ramos, were engaged with the interactive exhibits Monday night.  If this approach gets repeated next spring, Univision should consider having more of its talent rotate throughout the Tuesday events rather than concentrate on the Monday night opener.  Grade: 4 Jacks

Data Insight:  Seventy-nine percent of Univision viewers do not watch any of the top 10 English-language TV networks.  Eighty-six percent of all Latino adults spend time with the company's TV or digital services to some degree each month.  Grade: 3.5 Jacks