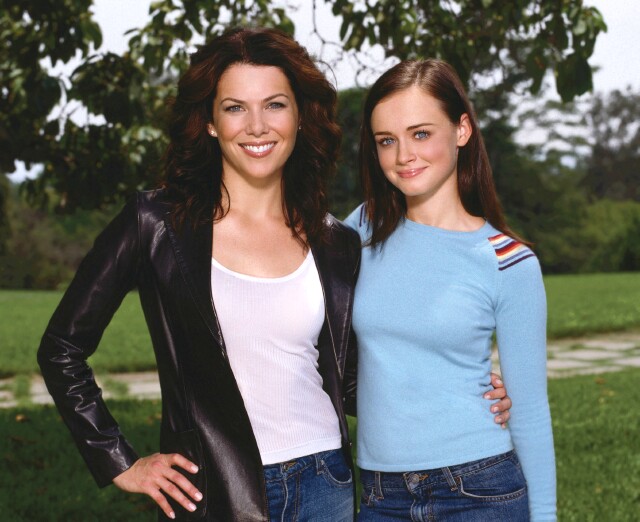 In a holiday-themed episode in the third season of Gilmore Girls, heroine Lorelai Gilmore reassures her daughter Rory that they can handle the four Thanksgiving dinners they committed to attending, saying:  “It’s not too much food.  This is what we’ve been training for our whole lives.  This is our destiny, this is our finest hour.”  Substitute the word “television” for “food” and you have the situation viewers find themselves in in 2018.

Pundits call the current plethora of programming access “Peak TV,” and some executives long for bygone days when their shows were only competing with everything on television at that moment, not with the limitless buffet of options offered by new series and all the television libraries available streaming and on-demand.  According to UPtv Chief Marketing Officer Scot Safon, “Peak TV isn’t just about the new series, it’s about rediscovering and enjoying favorite shows in a new, deeper way.  Viewers don’t care about when the episodes were shot … they just love the shows.”  That is exactly why he is confident that at a time when viewers can pull up every episode of every series at will, millions will nevertheless be tuned in to UPtv live for the GilMORE The Merrier Binge-athon during the week of Thanksgiving.

And just as mother-daughter characters Lorelai and Rory Gilmore (played by Lauren Graham and Alexis Bledel, pictured at top) love watching television together, families watching television together is a genuine pattern, and is one reason that GilMORE the Merrier has steadily grown over the past three years as a programming stunt: viewers anticipate and watch together.  “Thanksgiving is a time when families reunite, and a lot of times it’s moms and daughters getting together again,” Safon explained.  “There’s a chance to do what their favorite guilty pleasure was years ago, and that’s to watch Gilmore Girls together, and bond over that, and re-discover that.”

The initial impetus for the marathon, in 2016, was that Netflix produced four new extended episodes -- wrapping up the original 153-episode WB/CW series.  Those episodes, which featured the same cast and characters, and which were penned by the original writing staff, were hotly anticipated by fans.  UPtv had the opportunity to catch fans up before they watched the new content by creating this weeklong social event.  Sean Gunn, who played Kirk Gleason on the show from 2000-2007, hosted that first marathon, and the UPtv team timed the stunt to conclude at 3 a.m., just before the new episodes, which also included Gunn, would appear on Netflix.

The results were impressive for UPtv; then in 2017, Yanic Truesdale, who played Michel Gerard, hosted, and the momentum built, delivering the network’s strongest week up to then in Adults 18-49 and 25-54. Also during last year’s GilMORE the Merrier, the hashtag #GilmoreTheMerrier trended in the U.S. and received 417,268,893+ million impressions on Twitter with a year-over-year increase of impressions by 31%.

Safon points to the enduring love fans have for the show as the reason the 153-episode annual marathon works so well for the network.  “It’s an audacious idea, and fans love it,” he says.  “Gilmore takes over the network and it works beautifully.  That’s why we’re bringing it back year after year.”

For the viewers who love Gilmore Girls, GilMORE the Merrier is their equivalent of Discovery Channel’s Shark Week, and UPtv, with its commitment 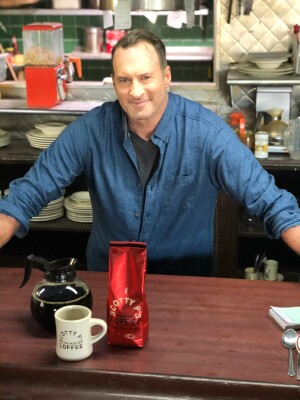 to uplifting programming like Gilmore Girls, considers the stunt, and the effort they put into making it special, a gift to those fans.

This year they’re bringing back the trivia questions that fans loved in years past and have secured another fan-favorite actor from the show to host.  Scott Patterson (pictured at right), who played Luke (proprietor of Luke’s Diner and series-long love-interest to Lorelai) will be the face of the marathon, even promoting his own brand of packaged coffee -- a case of life imitating art.  Patterson said that he had a “blast” filming with the UPtv crew and advised his fans to stock up on coffee to stay alert.

In addition to all of that, the network will be conducting a “watch and win” sweepstakes in service of making this edition of the modern-day television tradition even more attractive to live viewers.  UPtv is also working with Etsy creators to produce highly customized pieces that any avid Gilmore Girls fan will appreciate -- for example, a custom-painted vintage leather jacket or a diorama of an iconic Stars Hollow location.

For viewers unfamiliar with Gilmore Girls, the Binge-a-Thon offers a chance to become accustomed with a show that offers the same kind of positive, shared-viewing and family friendly television that UPtv is known for.  The show was created by Amy Sherman-Palladino, who also created this year’s multiple Emmy Award-winner The Marvelous Mrs. Maisel.  And, while there’s a strong female following, it’s not just for women, as proven by the popular podcast The Gilmore Guys.

“Now more than ever, it’s important for TV networks to create experiences for fans and the shows they love,” Safron said.  “It’s a great time for marketers who want to be part of those experiences.  Marketers should be looking for special things like GilMORE the Merrier – the unique kind of nationwide, shared fan experience that a linear television network can offer.  No matter what other ways you can watch Gilmore Girls, there’s something special about being able to watch it live with other Gilmore fans, watching in their homes across the country.”