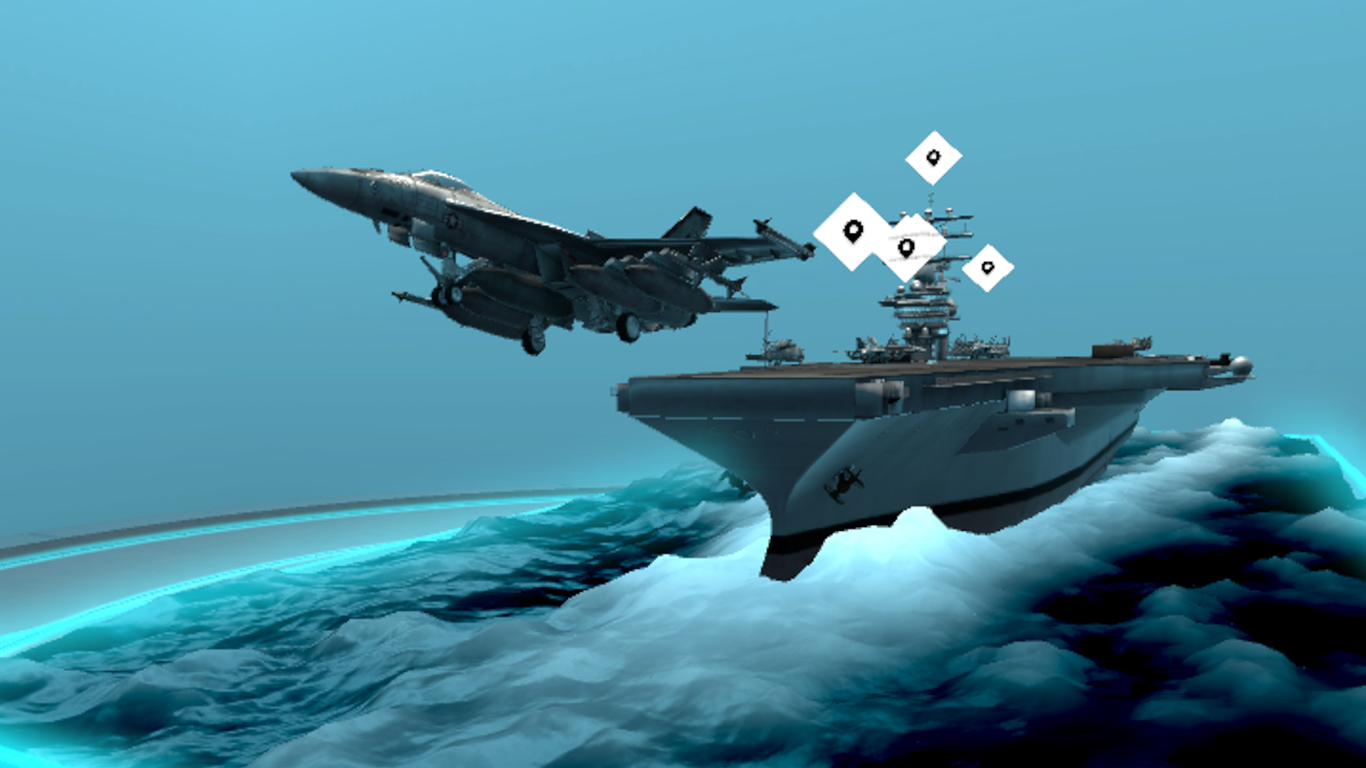 USA TODAY NETWORK is focused on establishing itself as a leader in the development and audience consumption of Virtual Reality and 360 video content today.  This is a progressive and aggressive strategy given that some in the business assume that VR will not become a mass communication channel for another 5-8 years (if ever).  By producing and curating immersive user experiences now, USATN is positioning itself to capitalize on some of the most important media trends of the future -- personalization, engagement, platform agnostic programming, sharing of content and driving value by focusing on the user experience across demos.

Building audiences early ensures acquisition and retention of a motivated, dedicated fan base comprised of early adopters and thought leaders.  As VR and 360 experiences move into place-based locations including sporting events, malls, movie theaters and theme parks, USA TODAY NETWORK will have succeeded in building a new revenue stream that is 100% experiential.  Season One of VRTually There generated over 12 million views; the second season is currently releasing weekly content, with the "USS Eisenhower VR" experience a standalone VR project demonstrating how far USATN has come in producing quality content, entirely in-house.

"USS Eisenhower VR" debuted on June 28 -- ahead of the July 4th holiday to celebrate and pay tribute to America's military operations.  As it turned out, breaking news catapulted the production into national consciousness as its timing coincided with the recent collision of the USS Fitzgerald with a Japanese container ship off the coast of Japan.  Facebook views of the video episode are already at 1.8 million and shares total almost 17 thousand. 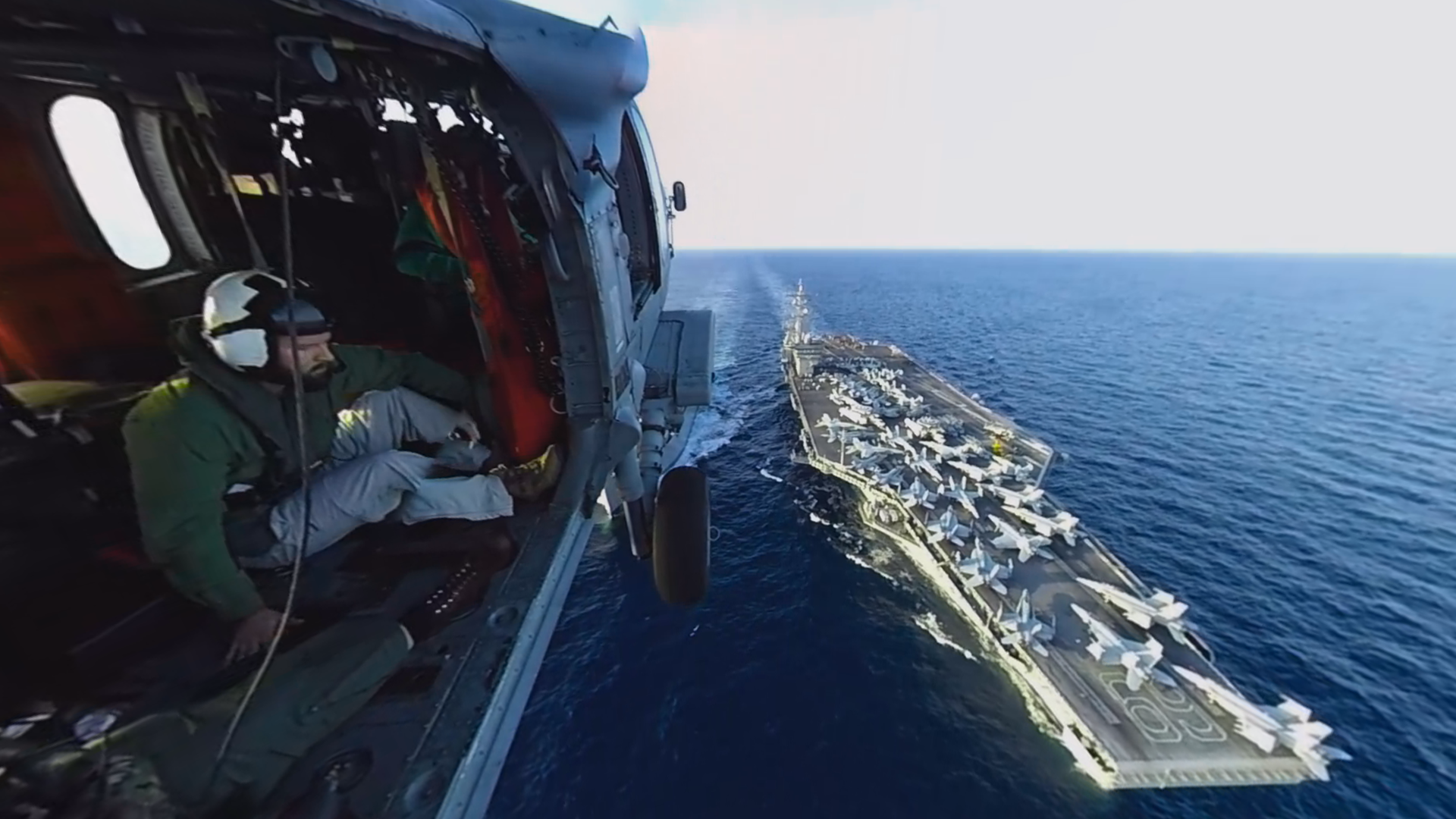 Staying on the cutting edge of technology, this interactive experience delivered an industry first fusion of 360-degree storytelling with high-end VR interactivity aboard the USS Eisenhower during the largest combat training exercise in recent Navy history.  Audiences can launch off the deck in an F-18, explore the control tower and hangar, and meet the sailors, commanders and pilots who make it all happen.  The 360-degree scenes are unprecedented in the way viewers can immerse themselves to experience combat training in "real time" before deployment.

"Audiences aren't just beginning to expect more VR, they are expecting it to be increasingly interactive," said Robert Padavick, Director, VR/360-degree video, USA TODAY NETWORK.  "The visuals in USS Eisenhower VR are incredible, but our team knew from the start that this experience had to be much more than just 360-degree video.  We've produced a highly immersive experience, unprecedented among our industry, that puts viewers directly into a unique situation that they otherwise would never be able to explore." .

The project took place over three days aboard the USS Eisenhower in the Atlantic Ocean.  As USATN realizes the importance of partnerships in this space, versions of the production are available with full scale interactivity on HTC Vive, Google Daydream in USA TODAY NETWORK's "VR Stories" app, on the USA TODAY website and in the USA TODAY app, in the USA TODAY's YouTube and Facebook channels, and within the Littlstar app for Samsung Gear VR and Playstation VR.

Success in the medium requires experimentation in format, technology, subject matter and viewing experiences.  USATN is committed to delivering it all.  As the pricing of headsets comes down and goggles become less cumbersome consumer demand for quality VR experiences will grow.  PricewaterhouseCoopers recently projected that VR will be adopted and the industry's revenue will grow at an accelerated rate from a $420M industry in 2016 to a $5B industry in 2021.  Stay tuned.