Volvo Has Big Goals for Its First-Ever Electric Car 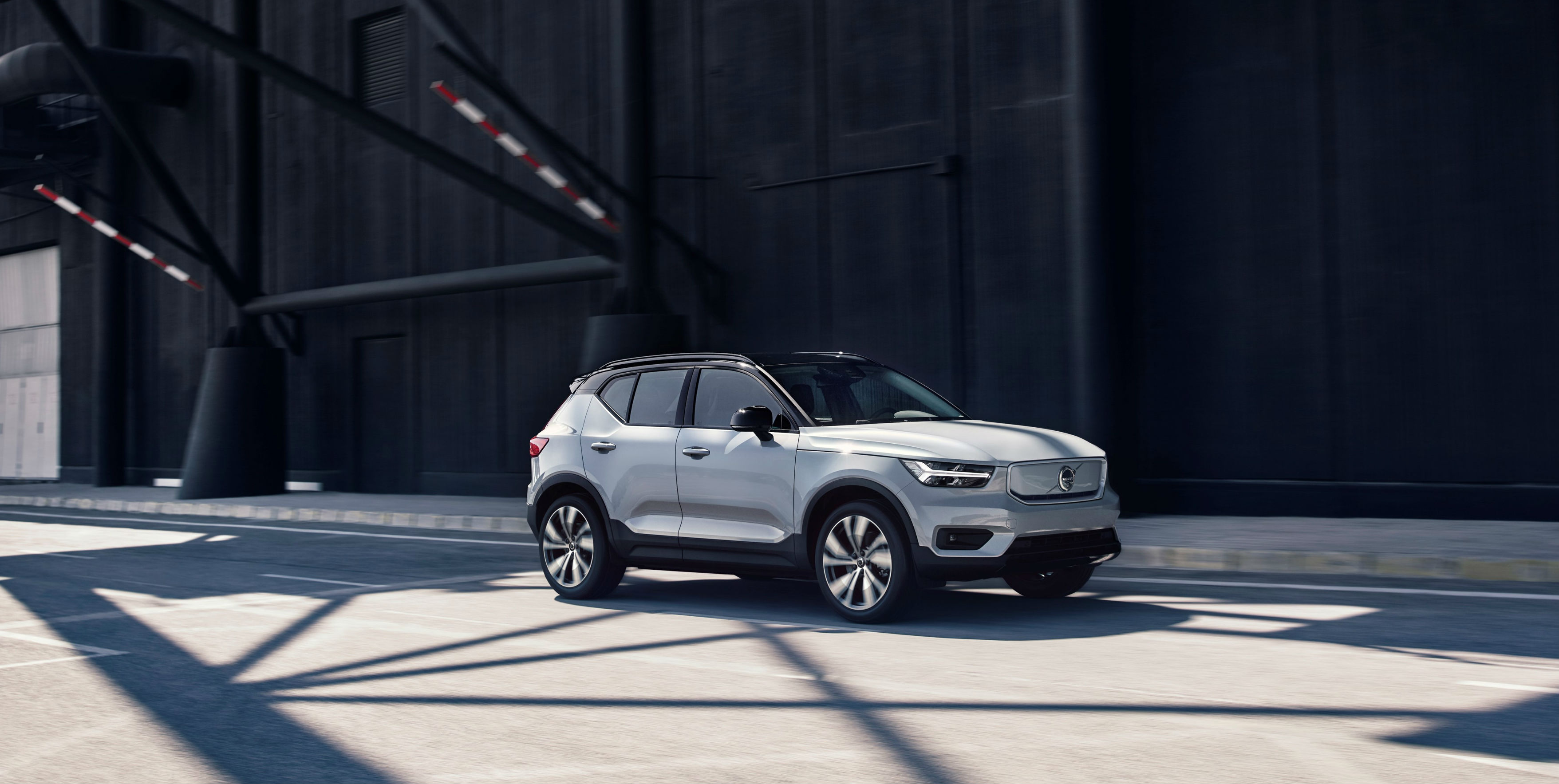 Volvo announced a bold move on October 16.  The auto manufacturer not only introduced the XC40 Recharge, its first production electric car, but also pledged that by 2025 half its cars will be electric, while the rest will be “part electric” (plug-in hybrids) — and that factory-to-showroom carbon emissions will be down 40 percent per vehicle by that time.  Volvo itself will be carbon neutral by 2040, said Henrik Green, the company’s chief technology officer.

Achieving Volvo’s sales goals — without an accompanying steep drop off from the 507,704 cars it sold in the first nine months of 2019 (up 7.4 percent compared to 2018) — depends on consumers making the same shift from internal combustion that the executives are planning.  And that’s a heavy lift.

“The future is electric, and we are fully committed to go all-in on it,” said Green during the introduction of the new XC40 electric in Los Angeles.  As if to underscore that point, in October Volvo announced a deal with its parent company, Geely, to spin off its internal-combustion engine production as a stand-alone business.  That step was taken so “we could fully concentrate on our new electrification technology,” Håkan Samuelsson, president and chief executive officer of the Volvo Car Group, said during the presentation.

Volvo has a lot of company in pivoting towards a battery future, but that development is set against a fairly soft current market for electric vehicles.  Audi’s e-tron sold 434 units in September and Jaguar’s I-Pace just sold 160, according to InsideEVs.  The major bright spot in the industry is Tesla, which sold 19,100 Model 3s and 1,675 Model SUVs in September.  After Tesla, the bestsellers are the Toyota’s Prius Prime plug-in hybrid, with 1,650 sold in the period, and the Chevrolet Bolt with 2,125 sold.

Volvo is quite conscious of all this.  The price of the XC40 is important.  A sweetener — added in California — is free charging for all Recharge-branded cars.  A Volvo spokesman told me the price will be “under $48,000 after federal tax incentives,” which seems expensive if Volvo’s goal is to get EVs beyond the niche.

Björn Annwall, head of the EMEA region and global commercial operations, admitted that some consumers are hesitating to buy electric cars because of range issues and limited public charging; but free charging would incent plug-in hybrid owners to drive more on battery power.  “The more you use the electric motor, the more you save,” he said.

Volvo seems to have succeeded in getting consumers to consider plug-in hybrids, which will be available on its entire model line.  But full battery electrics are new to the company, though it did have a lease program for small C30 electrics, launched in 2011.

“We’re not going to comment on the full marketing strategy just yet,” a Volvo spokesman told me.  Part of the strategy will be to convince buyers that what Volvo did for safety, it can do for our embattled earth.  “Our customers expect us to do the same stellar job with planetary safety as we’ve always done with car safety,” said Annwall.

Is that going to work?  I’d say it’s questionable.  People will pay for safety because it protects the family, but ponying up for the planet is a bigger stretch — especially if the cars are expensive.

So, what should Volvo do?  Build excitement.  The cars that move — Teslas — have emotional appeal for buyers.  They want them more than they want comparable gas-powered performance cars.  Volvo’s XC40 Recharge won’t be a barn burner, though 408 horsepower and zero to 60 mph in 4.8 seconds with all-wheel drive isn’t too shabby.  A range of 248 miles on a charge of the 78-kilowatt-hour is not bad, but not outstanding.  The Chevy Bolt has numbers like these, and it sells for $37,495 including destination fees — before the $7,500 tax credit.

The XC40 Recharge will sell to customers who value safety; it has the same strength there as other Volvos.  And the company is stressing something out of left field: infotainment.  The onboard system is the result of an ongoing partnership with Google and should be quite sophisticated, with voice commands that actually work.

To be fair, Volvo’s emissions-reductions strategy has other dimensions beyond EV sales: It also wants to reduce its footprint via suppliers and its energy usage.  But moving cars is a big part of it.  We don’t have the marketing strategy yet, but Volvo needs to be clever and innovative, as well as price-conscious, if its EVs are to lead the company to a sustainable future.