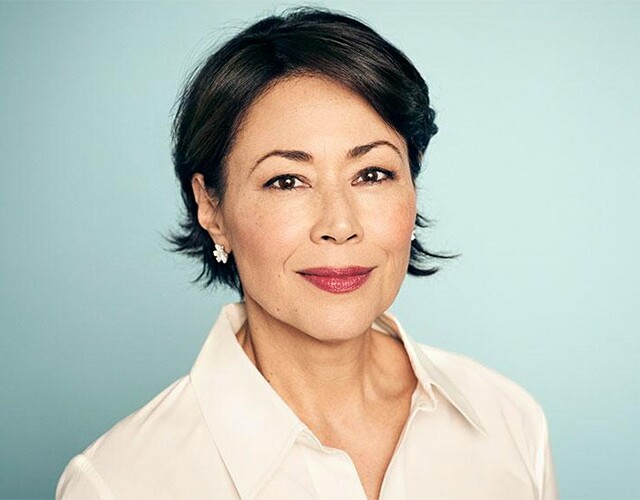 Before he introduced executive producers Ann Curry and Kim Bondy at the Summer 2019 Television Critics Association tour, who were there to talk about their new multi-media initiative Chasing the Cure Live, senior vice president unscripted and live programming for TBS and TNT Michael Bloom explained what the project was all about.  His words were a distinct departure from those that comprise the usual introductions to the hundreds of programs presented twice a year at the TCAs.  This time the subject was saving lives.

After defining Chasing the Cure Live as “ambitious,” “challenging” and “vastly different” from anything he has seen throughout his career, Bloom offered details.  “We all know that medicine is getting better, but a lot of patients aren’t,” he said, adding that for some people who are afflicted with serious illnesses and the people who love and care for them, “finding a path to wellness can be frustrating and isolating.

“I guarantee most of you had to live through the struggle, from financing to serious healthcare issues,” he continued.  “We all have a family member or close friend who is suffering and just needs to find someone with the right insight or a clue to their heartbreaking medical mystery.  What if we could find someone to listen to them and be patient? We can multiply those listeners by thousands, even millions.  That’s what Chasing the Cure Live is: a call to action.  We’re harnessing the power of live TV, social media and digital connections for good to give every single person out there an opportunity to help change a life.”

The primary goal is to help as many people as possible who have been misdiagnosed or underserved by the medical community.  “We’re focusing on people in need and we’re connecting with doctors who are highly trained and, also, with anyone who may know something that might help,” said Curry, who also hosts.

Cure began two weeks ago, on August 8.  The dog days of summer, when fewer people are watching television and those that are doing so generally seek escapism, would seem to be a problematic time to launch an important  reality series that deals in matters of life and death.  And yet its companion web site chasingthecure.com, where the real magic happens, "broke" during the series premiere.  Illness isn't seasonal, and in the stories showcased so far, it is too often unrelenting.  Indeed, at the end of last week's program Curry told viewers about Brenda, a woman who woke up 10 years ago with a "bone-crushing" headache that has never gone away.  She'll be featured tonight (August 22), and as I write this I can't help but wonder if during the last seven days any doctors or viewers have come through with critical life-saving suggestions.

According to Curry, Cure was conceived by one of her colleagues, Jennifer O’Connell, who had noticed on Facebook how many people were reaching out, talking about needing help for people who were sick or because they needed to fund their care.  “[Jennifer] realized how live television could amplify these stories, and she wondered if live television and social media could be combined for good,” Curry said.

“We are seeing a wide variety of cases and we look at them all individually along with a team of ethicists, behind-the-scenes doctors and psychologists,” Bondy said.  “We have a limited amount of time [on] the television platform.  However, socially and digitally people are empowered to upload their case files, and we have promised to look through all those cases as we already are doing.  I’m really encouraged by the number of people that are taking advantage of the opportunity to upload their case files and help each other.”

During the TCA session one reporter addressed the elephant in the room, wanting to know what has gone so wrong with the American healthcare system that a television program is needed to help because people can’t get adequate care.

“Social media is letting us understand that there is a wound in America,” Curry said.  “The wound is that despite the fact this is a nation with incredibly high quality medical care, most people don’t have access to it.  People are not getting the care they need.

“What we’re trying to do is to essentially punch a hole [in] the silos that keep all of us from getting the best care we need,” she continued.  “We’re siloed by geography; by where we live.  We’re siloed by our medical insurance.  We’re siloed by the specialists who happen to live in our towns, and we’re not able to take care of the things that are causing us great suffering.  We’re [asking], what happens if you take those patients and you give them direct contact with highly qualified doctors, behind the scenes and in front of the cameras?  We are working with some of the brightest minds in their profession.  We’re giving [people] direct contact [with them].”

“If it feels responsible or can be attributed and it’s good data then we can share it and discuss, talk about that data with the doctors,” Curry explained.  “When you expose [all of this information] to a lot of people there’s a greater chance that they’re going to be able to see what may make them feel better, may make them discover what is wrong with them, may make them at the least feel as though they were cared about.”

Curry gave credit to WarnerMedia for making sure her team had everything necessary to do this the right way and avoid coming off as exploitative.  When the project began, she recalled, “I said to WarnerMedia very clearly, ‘I will not do this project unless we put the patient first.’  Immediately the answer was, ‘You bet, patient first!’

Chasing the Cure Live is telecast Thursdays at 9 p.m. on TNT and TBS.