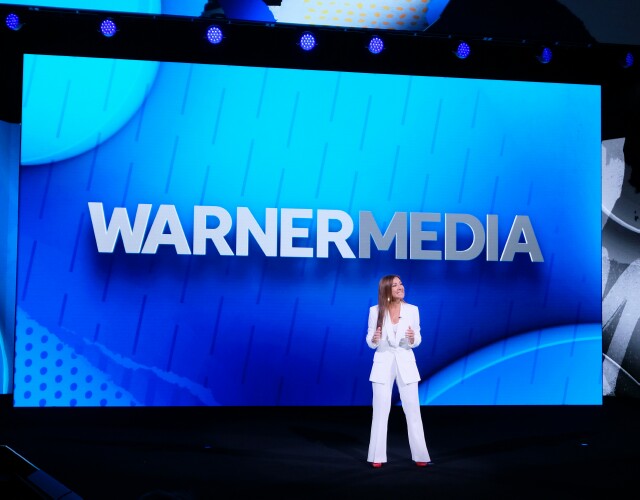 At the stroke of 10 a.m. last Wednesday morning, the annual, always entertaining Upfront event featuring Time Warner's Turner channels became the opening public display for WarnerMedia's gallery of TV and digital initiatives, now on parent AT&T's watch.  Moreover, if any of the thousands of attendees present were expecting clues over how WarnerMedia will shape its forthcoming direct-to-consumer venture -- to be distributed early 2020 via multichannel operators and smart TV sets/TV-connected products -- they were rewarded with a tidbit or two.

Venue:  Hulu Theater at Madison Square Garden, two weeks after Hulu's own Upfront showcase there.  When attendees reached the long connecting corridor to the main lobby, they walked through an inventive sight-and-sound montage of programming highlights from various WarnerMedia services.  (Editor's note:  CNN put together a similar and equally effective setting for its own Digital Content NewFront presentation several years ago.)  At the other end of this tunnel, MSG personnel served coffee and breakfast bags, then guided attendees into the theater, complete with a split-screen videowall on stage and monitors all around.

Presentation:  The era of genre identities for TBS, TNT and truTV -- a key trio of WarnerMedia networks -- is over.  That was one of two big messages delivered throughout the morning.  The other:  All WarnerMedia brands will be on deck to deliver unique experiences for viewers via the company's upcoming, still with no name, direct-to-consumer service.  That includes digital offerings from Rooster Teeth and Crunchyroll and Warner Bros.' syndicated TV series.  John Stankey, WarnerMedia's Chief Executive Officer, declared that there will be an ad-supported format of the service, giving sponsors an opening to go way beyond the kind of commercials people see now.  Amid dramatic shifts in video consumption, technology and business models, "the need to connect with passionate consumers at scale is not changing," he said.  "We believe in the two-sided model of building business on subscription and ad revenue, offering consumers the breadth and exceptional value that they demand in their entertainment experience. [Meanwhile] it's time for a rebirth and innovation in the advertising model."  In advance of that launch, TBS will go from all comedy to a flexible programming mix, while TNT turns from all-drama to a "blockbuster event" centerpiece of original live, scripted and unscripted productions, plus hit movies,  and truTV expands its role as home to off-center series, explained Kevin Reilly, President of all three networks and Chief Creative Officer of the direct-to-consumer project. 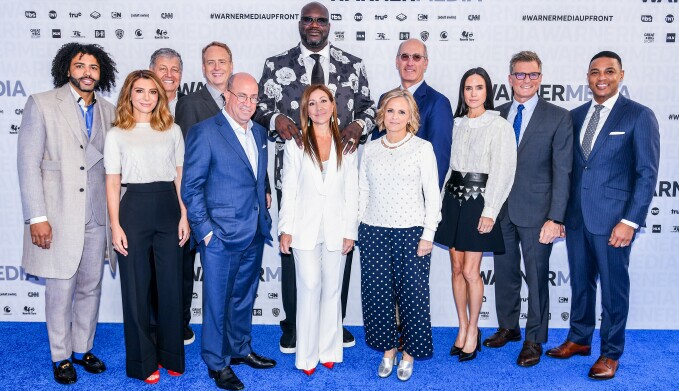 News:  TBS will start its run of new drama series next year with Snowpiercer, the long-awaited future Earth thriller initially created for TNT.  Besides a plum debut alongside next year's March Madness coverage, Snowpiercer received the greenlight for a second season months ahead of its debut. Other new TBS programs for later this year and in 2020 include Chad (high-school dramedy of a Persian boy played by former Saturday Night Live performer Nasim Pedrad) and a semi-scripted series for Full Frontalcorrespondent, Amy Hoggart.  Shaq Life, documenting Shaquille O'Neal's business world journey, and weekly All Elite Wrestling hours will come to TNT in the months ahead.  And truTV will go animated for the first time with This Functional Family (created by comedian Jo Koy) and pick up Game Changers, another live-action series effort.  Famed animator Genndy Tartakovsky (Samurai Jack) will contribute Primal, a prehistoric-era cinematic toon with no dialogue, to Adult Swim's schedule.

Host: Stankey came off in affable fashion, well-supported by Reilly (who added President of truTV to his responsibilities the day after this event) and WarnerMedia Ad Sales President Donna Speciale (pictured at top).

Star Time:  Conan O'Brien kicked off the celebrity parade with a short monologue.  Choice quips:  "John Stankey came out and whipped you into a frenzy.  He invented the telephone!  Next year, this will be the P.F. Chang's WarnerMedia Upfront."  "After this Upfront, because it's AT&T, there will be a terrible reception. The after-party will have only two bars."  Also, Warner Media will become the subject of a made-for-TV movie with John Stankey played by James Taylor.  Former NBC News anchorperson Ann Curry invited attendees to see her new live TNT series, Chasing the Cure, "out to democratize medical knowledge."  Tracy Morgan, coming off learning that his TBS comedy The Last O.G. will be back for season three, celebrated on-stage.  "The only thing that could ever destroy me is marrying a Kardashian," he mused.  Anderson Cooper, Erin Burnett and other CNN newscasters delivered a commitment to truthful journalism, while Snowpiercer co-star, Daveed Diggs, closed out the event with a "this point in my life" rap, interrupted by Claws co-star, Niecy Nash, for a serenade from Shaq.  Mr. S not only obliged with a brief turn of "I've Had the Time of My Life," he carried Nash off the stage.  (Trust me, you had to be there for this moment.)

Cuisine:  A breakfast bag consisting of chocolate croissant, fruit cocktail and orange juice inside MSG, and after the presentation, trail mix bars, smoothies and juices from a truck parked outside on 7th Ave.

Key Takeaway:  The upcoming direct-to-consumer service will be home base for a variety of new advertising options, as well as a variety of original content displayed exclusively there, or initially there before a second window on another WarnerMedia property.