Was Virtual Upfront Week 2021 a Model for the Future? 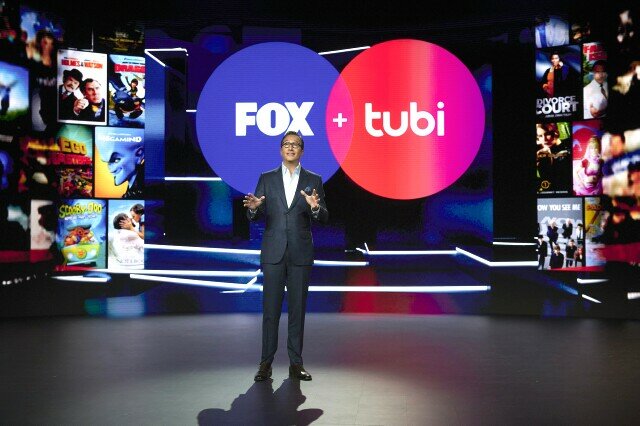 Last year, on March 6 to be exact, I speculated about the future of Upfront Week as we had known it for years. Fox News and FreeWheel had cancelled their previously announced Upfront season events, taking what were at the time early precautions against the looming threat of a pandemic, the realities of which would make themselves known shortly thereafter. The cancellations of every media company's planned Upfront or NewFront events swiftly followed. Even before 2020, though, I had been wondering about the long-term future of this industry tradition, which seemed year after year to be increasingly pointless. That’s because, as I've said before, anyone who pays attention to the internet, social media and various video platforms now knows almost everything there is to know about almost everything that is included in these presentations before they enter the showplaces in which they are traditionally held, and any missing bits of information are easily absorbed within a day or two of being made public.

Little did I know at the time that two unthinkable things would happen in the 14-plus months that followed. First, in 2020, there were no formal Upfront events at all. Then, last week, came a (truncated) home-viewing edition of Upfront Week (only three days). NBCUniversal, Fox, Discovery, Univision, Disney, WarnerMedia and ViacomCBS presented video versions of their usual Upfront presentations that largely managed to be more expansive yet also more intimate and impactful than most of their recent in-person events had been. Indeed, it was the full-on Virtual Upfront Week we were primed for last year but never got to experience. (You can read Simon Applebaum's review of Univision's virtual event here.)

Okay, there were no parties – but the festive (and once productive) meet and greets had in recent years shrunk down to Fox, Telemundo and CBS, so that didn't hurt as much as anticipated. But in every other way these events scored (some more than others), even if watching them for most of us meant sitting alone in a room staring at a small screen, something we now do entirely too often during even the most active weeks. They were all well-produced, but that makes sense, given that the entertainment companies involved specialize in film and video content, rather than productions for the stage. Regardless, there is no denying just how engaging these streamed experiences were, sans the usual Upfront Week distractions (including hustling around New York City day and night).

Could they be here to stay? Should they be? I won't be surprised if they become the norm. Notably, The CW this year pulled out of Upfront Week altogether, instead conducting small meetings with agencies and, on May 25, putting together an event for the press. I think they are going to do just fine. And if they do, why return at all?

Last week's events made for a three-day refresher course in the state of the business, including advertising, sales, marketing, production, development, research, diversity, inclusion and more. Taken together, the collective result was an expression of the remarkable resiliency of these media companies (and those with which they do business), given the expansion and overall growth that has occurred during the last year under the most daunting and dangerous of circumstances.

It was also a reminder of how the big broadcast networks -- which once owned Upfront Week (even when it was two weeks) -- are now in most cases just one component part of much larger entertainment and information enterprises. The buzz and excitement they used to command now goes to their parent companies' streaming services. And on that note, while it has always been a given that Upfront presentations are all about the advertising community, it seemed to me that this year each company was pushing that message with a little more gusto than usual. Could that be because most people associate streaming with eliminating or easily avoiding commercials?

NBCUniversal opened its event (the first of the week) with a taped sequence in which Jimmy Fallon, Seth Meyers, Andy Cohen and others were seen racing throughout 30 Rock and its environs in an effort to make it to Radio City Music Hall on time for the usual NBCU extravaganza, with comical obstacles impeding their progress. An exhausted Fallon got there first, only to encounter Chairman, Global Advertising and Partnerships Linda Yaccarino, who informed him that the event would be virtual and that he could have relaxed and watched it in his office. It felt pleasantly familiar; NBCU often opens their show with something like this, and it worked once again. An introduction by the invaluable Hoda Kotb was followed by segments featuring a number of current and upcoming NBCU stars filling us in on the state of the mothership, the cable nets, the Olympics and Peacock. "What we make reaches everyone," Yaccarino said. "It doesn't matter where or how you're watching. We're building connections to 700 million people around the world."

Foxput Charlie Collier (pictured at top), CEO of Fox Entertainment, center stage throughout its many filmed segments, which included an animated featurette with the sales team and a comic opening with Jay Leno (who has a new series coming to Fox stations) taking him on a ride across the Fox lot. (Like Fallon and friends at NBC, Collier was just trying to get to his company's Upfront event.) In one of the most impactful moments of the week, given all the future-gazing, Collier thoughtfully spoke in front of a wall featuring photos of iconic Fox characters, from Al Bundy to Ally McBeal to Bart Simpson. There was plenty of focus on current and upcoming shows, along with new and acquired businesses such as animation house Bento Box Entertainment, Blockchain Creative Labs and ad-supported streamer Tubi. The Fox message was crystal clear throughout: "We're fans of advertising." Reminding advertisers that they are important seemed to be a thing.

Discovery had already stolen the Upfront Week spotlight when news officially broke on Monday that it plans to merge with WarnerMedia in 2022. Its virtual Upfront presentation must have left the industry further impressed. It was Discovery's first time presenting in Upfront Week, as noted by Chief U.S. Advertising Sales Officer Jon Steinlauf at the top (right after Oprah opened the show). "Today we stand shoulder to shoulder with the broadcast networks," he declared from the lobby of Discovery's impressive new headquarters in the Flatiron District of New York City. Many segments featuring executives and talent from the sweeping Discovery universe, including most of its linear networks and, of course, discovery+, and most of those folks talked about how they were able to continue producing and appearing in unscripted content throughout the pandemic. Discovery President and CEO David Zaslav appeared at the end, noting that the company is home to 300,000 hours of entertainment in more than 200 countries, with one billion viewers worldwide. (For more on Discovery's virtual Upfront event, read Simon Applebaum's review.)

I'm not ranking these presentations, but if I did, I would put The Walt Disney Co.'s at the top of the list. It ran a bit too long, but it was smart, satisfying and complete, and I was engaged from beginning to end. All of the executives who participated in this did well (ABC Entertainment and Hulu Originals President Craig Erwich gets extra points for calling attention to one of Hulu's finest assets, The Mary Tyler Moore Show), and Walt Disney Co. President of Advertising, Sales and Partnerships Rita Ferro was especially impressive throughout. While I think certain of its entities (especially Nat Geo and FX) tend to get somewhat lost in the expansiveness of it all, the company did an excellent job of bringing us all up to the minute regarding developments in all relevant areas of Disney's television operations. (They even made time for a brief remembrance of the late George Segal of ABC's The Goldbergs and offered a fond farewell to black-ish, which will end after the upcoming season.) Opening the show with a performance of "What the World Needs Now" by Cynthia Erivo (most recently of Nat Geo's Genius: Aretha) was inspired. Closing with Jimmy Kimmel, once again ripping into Disney, ABC and the broadcast business overall, was expected and rewarding, even after all these years. (Best line: "Being the most-watched network is like being the best-selling fax machine.")

WarnerMedia was in the same position as Discovery, moving forward with a carefully planned, info-packed Upfront presentation shortly after the biggest news break of the week. The opening production number, starring Leslie Odom Jr. and a host of performers and personalities from WarnerMedia networks, was energetic, if sometimes a bit confusing with so much going on. A segment featuring TNT, TBS and truTV General Manager Bruce Weitz aboard the train from TNT's Snowpiercer chatting away with various characters about the successes of his T-Nets while remaining oblivious to the miseries of their existence was a comic highlight. Also notable: CEO Jason Kilar talking about the launch in June of the ad-supported version of HBO Max; an interview with Sarah Jessica Parker discussing the upcoming Sex and the City sequel And Just Like That, and the first official footage from the Friends reunion special, coming to HBO Max on May 27. (For more on WarnerMedia's virtual Upfront event, read Simon Applebaum's review.)

ViacomCBS ended the three-day run with a presentation that was heavy on the mixing and mingling of performers and personalities from across its many networks and platforms, cobbled together in a lengthy spoof of one of CBS' mightiest franchises titled Celebrity Survivor: The Casting Special. It was cleverly punctuated with "commercials" for EyeQ, InView and other advances in sales, analytics and data at the company. There was much talk about the ViacomCBS "eco-system," which was a dramatic change from those many magnificent Upfront presentations at Carnegie Hall which stridently showcased CBS (the network) as the classiest company in television. The only reminder of those glory years came near the end when CBS' focused for a few moments on the entirety of its new fall schedule (dominated by the NCIS, FBI and returning CSI franchises).

I realized at that time that for the first time in three decades of covering Upfront Weeks I could not yet recite the fall lineups of any of the broadcast networks without a cheat sheet. But maybe that doesn't matter.