Why Watching "Watchmen" Was Wild and Wonderful 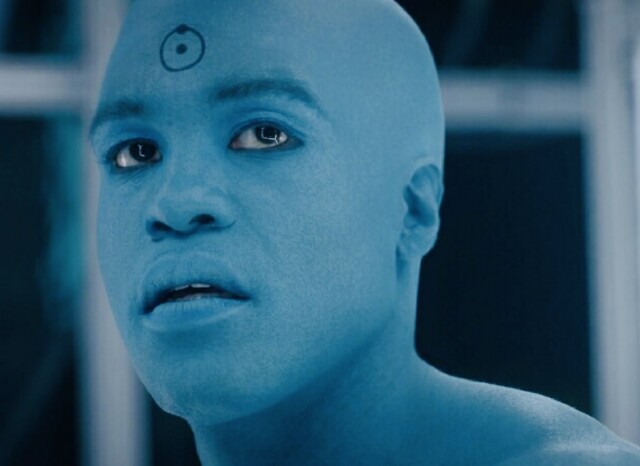 When I first wrote about HBO’s Watchmen  I used the words  “complexity” and “nuance.” Not to toot my own horn here, but I couldn’t have hit the nail any squarer on its glowing blue forehead.  Forget the fact that Damon Lindelof, a man with infinite and obvious respect for the show’s source material,found a way to take Alan Moore’s vision and build on it, rather than just run through it.  He also turned the Watchmen series into a veritable nerdtopia of Easter eggs, references, socio-political commentary, and a logical-yet-creative extrapolation of the original narrative from the legendary '80s graphic novel.  It was a slow roll of questions and confusion at the start, but it swiftly accelerated into something I sometimes couldn’t believe I was lucky enough to be watching.

Watchmen is not the first book-based HBO series to play that way.  They often start off slow as hell compared to most other TV shows, and then at some point (usually about half-way through their first seasons) they kick it up a notch, going from leisurely walk to solid sprint within one episode.  In True Blood, it was pretty much a slow burn through the first season until Bill turned Jessica.  Game of Thrones didn’t gain momentum until the second half of its first season with four major deaths. 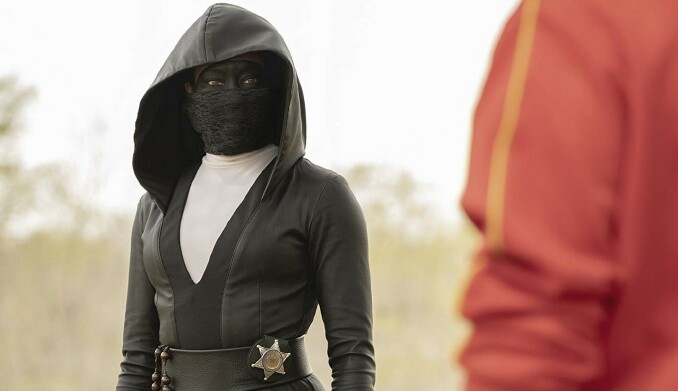 In Watchmen it started in the sixth episode of what may be its one and only season with the amazing telling of Will Reeves’ origin story, and the reveal that he was the actual Hooded Justice, progenitor of the vigilante movement that permeates the Watchmen universe.  The camera work, accurate period wardrobe and use of practical effects (like that of Angela’s reflection appearing when young Will looks in the mirror) all worked in tandem to create some truly inspired visuals and visual metaphors that really helped us experience the story of Angela Abar experiencing the story of Will Reeves.  And yes, conceptually that sounds a little Russian nesting doll-ish, but in this show that’s the point.  I wouldn’t be surprised if the memory sequences inEternal Sunshine of the Spotless Mind were a source of inspiration for the crew and designers when tackling that pivotal episode.

Speaking of pivotal episodes, the achievable level of awesomeness for this series did become pretty clear after that, but they still had one huge card to play before the big finale: Dr. Manhattan.  Or so I thought.  The big blue man wasn’t the only huge reveal when the clock finally struck midnight.  The truth about the mysterious and uber-rich Lady Trieu (played by the magnificent Hong Chau, pictured below left) ended up being the biggest bomb dropped before the end, and while (spoiler alert) her plans never fully came to fruition, her character and storyline were among the most fascinating elements of a series already filled with a million potential points of interest. 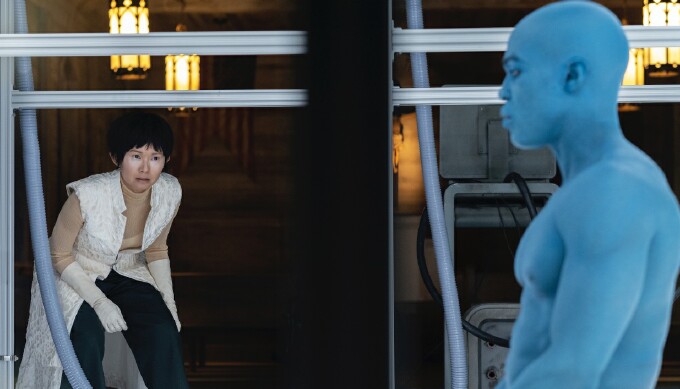 Jean Smart took Lindelof’s evolution of Laurie Blake, vigilante hunter for the FBI and biological daughter of the original Silk Spectre and the Comedian, and made her an absolute whirlwind upon her arrival in the third episode.  She was cunning, funny and talked more sh*t than she took, and her presence did wonders in the effort to have a living thread connect both the original comic and the new series.  As far as living threads go, however, the strongest was undoubtedly the one played the formidable Jeremy Irons: Adrian Veidt, a.k.a. Ozymandius.  His life not only spans both ends of the entire narrative, it also arguably has the most impact.

This series has mostly been a commentary on the social issues that plague America today; namely, the rise and currently emboldened presence of white supremacy.  Obviously, it’s nothing new, but its presence in the series combined with the altered history of Alan Moore’s America makes for some interesting inventions on Lindelof’s part.  The way that blaxsploitation has been replaced by maskploitation -- a genre of blaxsploitation-style movies made in response to the lack of black superheroes -- or the way that Hooded Justice’s true identity had been whitewashed by both himself, then society -- mainly because a black man wearing a mask would’ve been seen as criminal instead of hero -- made the racial division in the show’s setting of Tulsa, Oklahoma, the focus of every episode.

That pivots from all the 7th Calvary stuff, even if only for most of the last couple of episodes, allowed us to see the true guts of the series: the love between Dr. Manhattan and Angela, the plans of Lady Trieu, and the return of Ozymandius.  On top of that, the blue guy’s presence in recent episodes allowed for a ton of references and callbacks to the source material, which included but was not limited to his private conversations with Ozymandias, his nonlinear perception of time, and his whereabouts in the 30-plus years since the graphic novel’s publication. 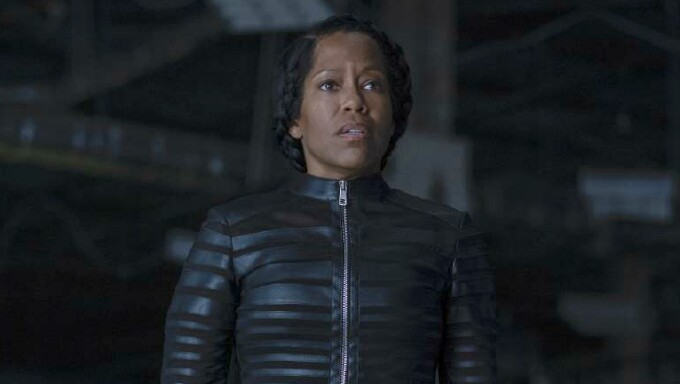 It’s been rumored that Lindelof didn’t originally intend for this series to last longer than one season, and even the iMDb episode description for Watchmen’s epic season/possible series finale says, “Everything ends.  For real this time.”  Ominous much?  Honestly, this nine-episode story was so expertly crafted and told that I wouldn’t mind if this really was where the story of Angela Abar and the rest came to its conclusion, except that I would love to see Regina King continue her kick-ass portrayal of my new favorite hero.

I kind of don’t need to know if that egg yolk Angela swallowed at the last made her a goddess or not.  I’d rather let it play in my imagination.  In a world of endless cliffhangers and continuations, it’s good to find something so great that I’d prefer it be left alone.  Why f*ck with perfection?  Of course, that's probably what Alan Moore said about this series, but surely it must have surprised even him.