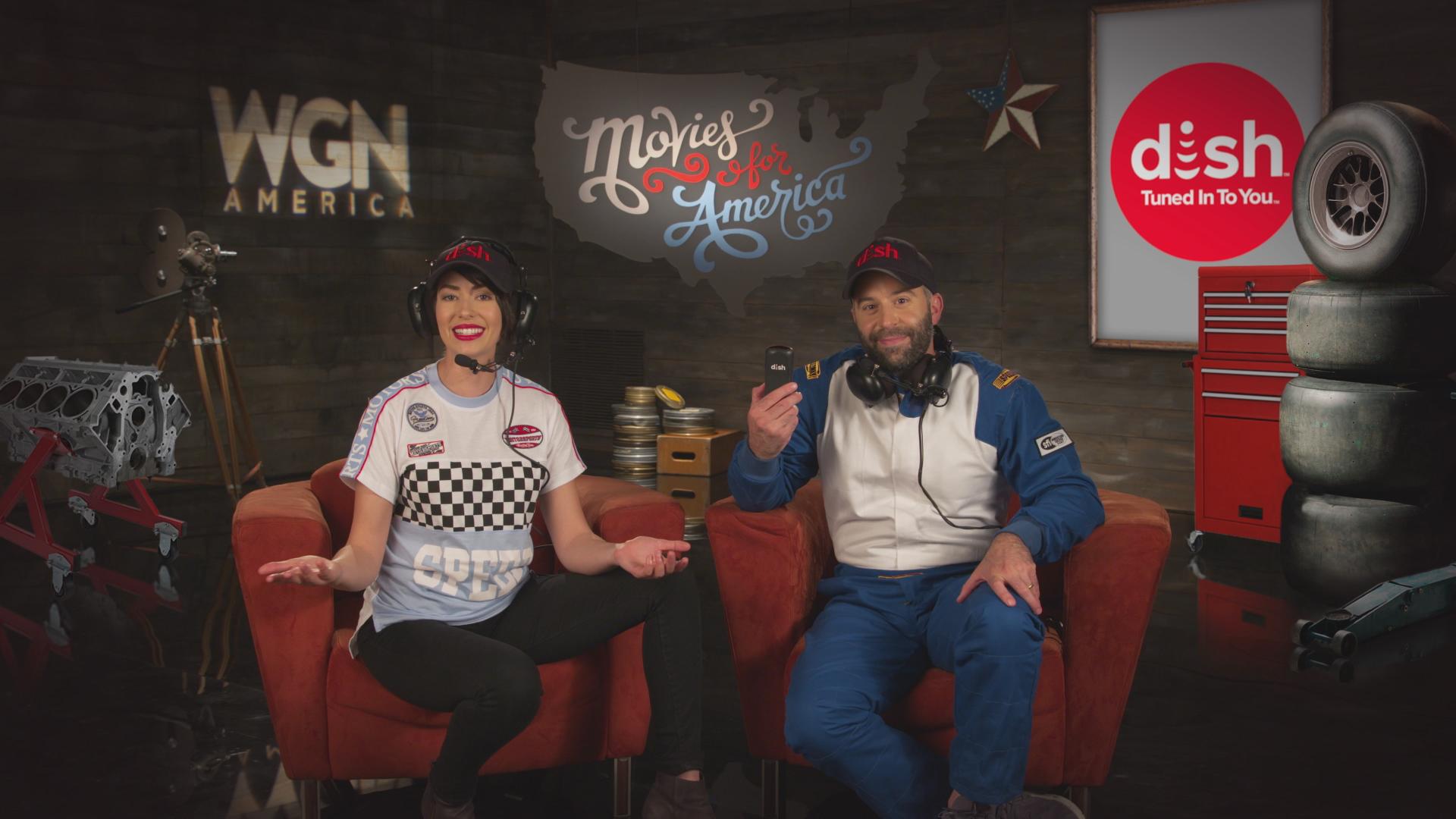 Over the first two decades of television's existence, series were often presented under the sponsorship of individual advertisers. Those advertisers often went beyond commercial breaks to get their messages across to viewers, integrating live or taped product demonstrations, testimonials or satire within the content.

WGN America's Movies for America (MFA) updates those days of yesteryear's advertising with a twist or two. With Nicole Sterling and Josh Macuga (both pictured above) as hosts, MFAsets aside six interstitial segments per movie, four of which can feature a dedicated sponsor. The formats for each branded interstitial range from "brought to you by" conversations from Sterling or Macuga to short comedy bits related to both sponsor and movie. (In one sketch, Macuga — dressed in Pirates of the Caribbean garb — attempts to open a Cheetos bag with a hook replacing one of his hands.)

More than 40 companies and specific brands have sponsored presentations of this weekly primetime film showcase since its debut in 2017. For the 2019–2020 Upfront sales season, WGN America invited advertisers to include an episode of MFAin their overall commitment to the basic cable network.

Advertisers' reactions have been steady and growing, says Kevin Mangini, WGN America's vice president of integrated marketing. "Some brands repeat because they like what [MFA] delivers. They like spreading their messages out and portraying an overall picture of their brands," says David Rotem, executive vice president of ad sales and marketing. "The series has been a valuable tool in driving revenue and new business during this year's Upfront." 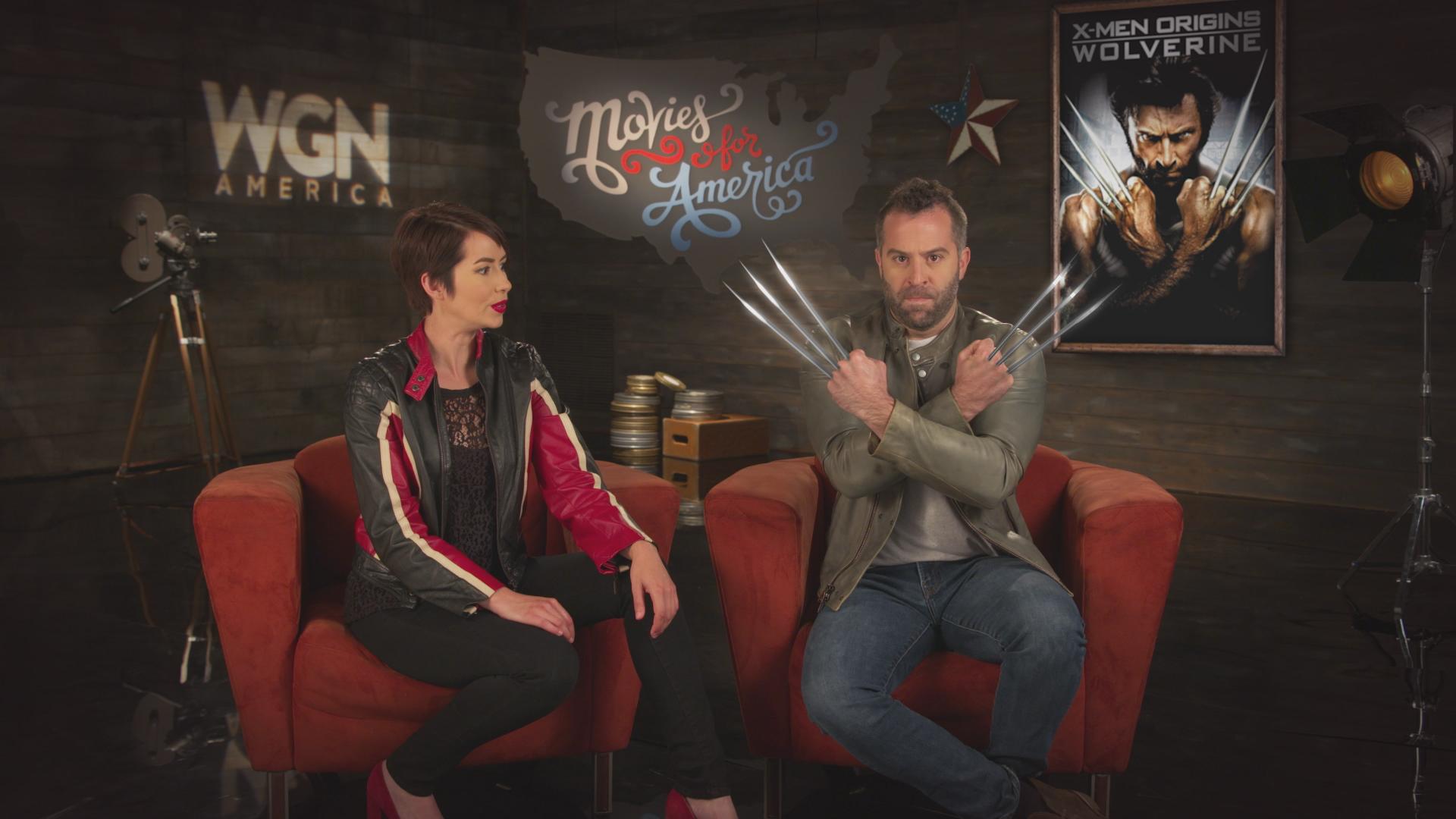 With feature films as a popular mainstay at WGN America from the start, network management was bent on creating a unique franchise to build the network's identity. "So, we came up with the idea of a hosted movie night," Mangini explains. "We saw the format work in other [places] and were able to identify hosts. Having four hosted and branded segments per night allow us to get different brand messages into different breaks. This is a place to breathe and mix up the lengths and style of the integrations and give the advertiser a feeling [viewers] are with them for two-and-a-half to three hours."

Also, having Sterling and Macuga co-hosting "gives our network personality and a voice," he adds.

Boost Mobile, eHarmony, Geico, General Motors, LG, PepsiCo, DISH, Progressive Insurance and Red Lobster are among the companies participating in specific Movies for America segments. When a sponsor makes an MFAcommitment, they are given a list of movies WGN America will present over a three-month period. The sponsor makes a selection of title and gives Mangini and his staff various talking points they want covered in the interstitials (often related to the selected movie's themes); for example, when MFA presented Remember the Titans, segments promoting Ram trucks touched on their strong on-road performance and the teamwork necessary to construct outstanding vehicles.

"We're always looking to [link] the brand, product or service [to] the storyline and choice of movie," Mangini says. "We certainly don't want to get formulaic and do only one kind of integration. That's always the goal. We want these segments to be personable, fun and knowledgeable, as well as demonstrate a smart relationship to the content. "

Movies for America will go live for the first time this season in October, presenting The Two Towers, the second film in The Lord of the Rings trilogy. The game plan: match the sponsored interstitials with a live trivia contest with prizes.