What Consumer Intent Says About the Growth of Voice Commerce 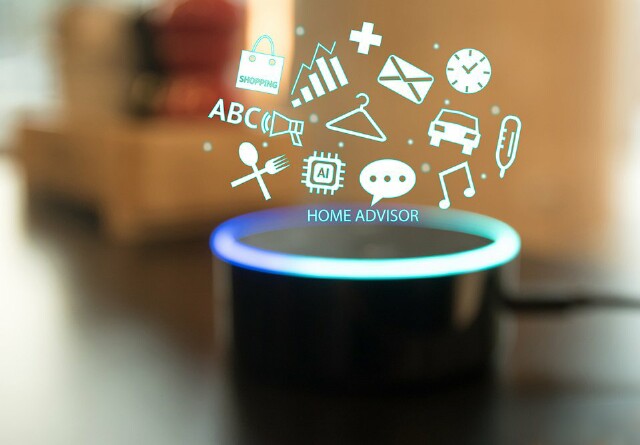 Alexa may get all the attention but she isn’t generating much in sales.  At least not yet.  There are some categories already emerging as well-suited to the technology of voice commerce, and as we look ahead to the fourth quarter and holiday shopping season, brands and marketers should be watching this emerging channel very carefully.  There are tens of millions of devices flooding the market from Amazon, Apple, Google, Microsoft and now Samsung -- and it’s about to get very interesting.

Apple introduced us to Siri in 2011, and seven years into “the voice revolution” it’s looking a lot more like a slowly rolling "evolution."  But not for long.  Not because of Apple, although the tech giant certainly will play a role, but because Amazon is betting its future on a voice-based interface that is increasingly integrated into popular household devices and paired with both digital and physical retail.

Voice will change how brands go to market and interact with consumers, but not quite yet.  A new report by The Information rocked a few boats earlier this month when it revealed practically no one was buying via voice.  According to people familiar with Amazon’s internal figures, only 2% of those who own devices with Amazon’s Alexa digital have made a voice purchase in 2018.  Just 2% of the estimated 50 million Alexa-enabled devices reportedly sold overall.  Of those 2%, 90% didn’t repeat the experience, although more -- 20%, according to the report -- have interacted with Alexa to follow up on the status of an order.

This fits nicely with research conducted by Performics and Northwestern University’s Intent Lab, a partnership that tracks consumer intent, digital satisfaction (we call it the Digital Satisfaction Index, or DSI) and how it leads to purchases.

While we are in the early stages of adoption, there are already concrete behaviors emerging.  Most disconcerting to marketers will be how much brands can be intermediated by the programming -- 85% of consumers have on at least one occasion purchased the first option selected for them by the virtual voice assistant, according to research by our sister agency, Digitas.

By 2022, 55% of all households in the U.S. are expected to own a smart speaker and voice commerce in the U.S. is expected reach $40 billion, according to research by Activate and comScore, respectively.

So what is the most used function on Amazon’s Alexa?  News, according to our Intent Lab research, thanks to the prevalence of Amazon devices in the home.  Consumers are largely asking about news, not adding laundry detergent to their Prime shopping list.  To be fair, no digital assistant on the market is primarily used for shopping: Apple’s Siri is being asked about the weather, Google Assistant to report the traffic and Microsoft’s Cortana to give sports scores.  But still, shopping isn’t floating to the top for consumers.

This is, in part, because voice best lends itself to mobile functions, hence the weather queries, and Alexa dominates at home due to Amazon’s popular Echo family of devices.  Intent Lab research already shows that shoppers are more comfortable buying products with Alexa because shopping is native to Amazon:  47% would buy from Alexa using Amazon Prime, 29% from Apple’s Siri, 16% from Google Assistant and 8% from Microsoft Cortana.

While Alexa has a home court advantage, literally, Siri leads for categories most likely to be searched on mobile devices.  When it comes to which product categories consumers would consider using a voice-controlled digital assistant, the Intent Lab found:

The consumer intent around grocery is notable, in that Amazon recently enabled voice ordering from Whole Foods on Alexa.  Paired with a new grocery pickup program available at select stores, this could help push some Prime members to utilize the technology.

But there are real barriers to overcome.  Consumers have trust and privacy issues -- 42% of Intent Lab respondents said they don’t make purchases with voice because they don’t feel comfortable sharing private information and 23% won’t say “buy” because they don’t trust the information they’re getting from the tool, according to the Intent Lab’s DSI.  A lack of visual capability is also holding back the tide, but that’s likely to change as voice is embedded into a plethora of new devices with screens, inside and outside of the home, including cars.

For now, voice lends itself best to concrete tasks as consumers find it most useful for getting short specific answers (35%), directions (31%), product information (17%) and simple product/brand comparisons (12%).

As marketers closely watch how this emerging channel performs, brands need to create proactive voice strategies that include strong partnerships with the platforms, target functionality, work to build trust, invest in cues and skills that build relationships with the human user, and add value to consumer’s lives.