What Is TV? Viewers Define It in Several Ways, an Effectv/Kantar Study Finds 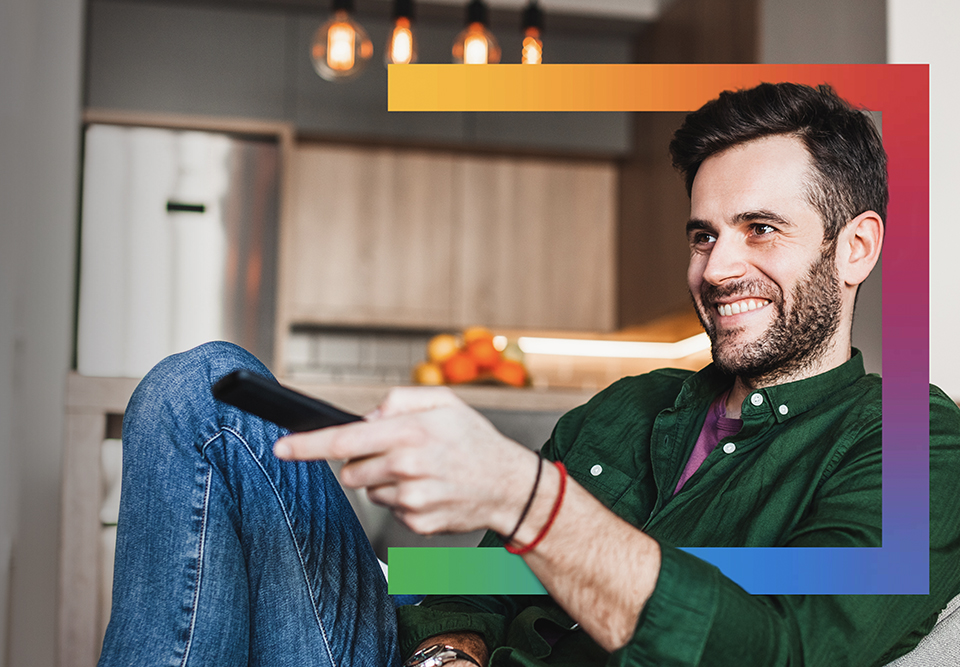 How do viewers perceive television in a 2020 environment of multiple media choices? The answer is far from simple, according to a survey undertaken last autumn by Kantar for Effectv, the advertising sales division of Comcast. More than 1,000 consumers participated in the survey.

The top factor defining TV in the survey participants' minds is that it's a physical device. It's a safe conclusion that device is a smart TV set, made by the likes of LG, Samsung, or Vizio — or something you attach to a TV that smartens it up. That device could be a plug-in module, streaming stick, or set-top box, as well as smartphones, tablets, or personal computers.

Whatever the device, 75 percent to 80 percent of all U.S. households have and use them to access upwards of 10 billion hours of content and applications per month, according to Nielsen. These are the products directly instigating the multiple eras of TV underway now — eras of plentiful scripted and unscripted series, of diverse content reaching a variety of audiences, of interactive services, and mega-programming services such as Apple TV+, BET+, and Disney+, as well as Peacock (from Comcast's NBCUniversal enterprise) due out this spring.

"TV has evolved significantly in the last decade and will continue to do so in the next decade," says Maria Weaver, Comcast Advertising's chief marketing officer. "For marketers, there is so much potential to reach audiences in new and efficient ways, and we are excited about the opportunities to drive true effectiveness for their TV advertising investments."

More than two-thirds of the surveyed crowd agree that any device can be used to watch TV programming. Broken down by specific products, 97 percent see the TV set as a suitable viewing device, compared to 75 percent for personal/laptop computers and 71 percent for smartphones. Adults ages 18–54 are more device-agnostic than their older counterparts, according to study researchers.

Even so, when you ask groups of teens and twentysomethings if they watch television programming on smart TVs and connected devices, as I have numerous times in recent months, the majority say yes. Their affirmation is coupled with great enthusiasm for the quality and diversity of what they watch.

When asked what makes the content watched count as being on TV, more than half of the respondents (54 percent) answer that it's all about the physical device. Forty-one percent claim that it's the programming service or network they're watching, and 40 percent credit the content type, whether live news, sports, or scripted episodic series. Content length was a top factor for 22 percent of the respondents, followed by where you watch (18 percent), and who creates the content (15 percent).

The survey dug further into content length. Adults ages 25–54, for example, are more likely to believe that for content to qualify as a TV program, it must run at least 20 minutes. Maybe there's some pushback here to the popular notion that we all live in a short-attention-span world.

When the topic of short-form content came up, "watching videos" was among the most frequent responses from surveyed consumers. Two of the least popular responses: "streaming videos" and "watching TV."

Yet, one element of today's TV landscape Effectv's survey participants overwhelmingly agreed on is how streaming has become a mainstream phenomenon. Ninety percent of the participating adults are familiar with how streaming works, regardless of generation. That same percentage of adults also believe streaming can happen on any device.

At one juncture, survey takers were invited to put their imaginations to work and describe their thoughts about watching TV to an alien. Here's a sample of their answers:

"Watching moving pictures on a screen with sound and some type of plot."

"You have a device and it shows you moving pictures of people or things that are following a written script. [The device] tells stories or shows things that are happening or have been recorded."

"Watching is a [form of entertainment] where you watch a device … passing time [watching] TV shows and news programs, but some people [can] watch other things, as well."

"It is a device you sit in front of for minutes or hours and watch flashing videos and pictures shown with audio."

Despite the varied opinions about what qualifies as TV, there's no doubt that it remains a popular and highly engaging medium. More than one-third of participants (36 percent) declared that they watched more TV last year than in previous years.

"At Effectv," Weaver says, "we believe in television, and that's why we have 'TV' in our name. TV may no longer be just the large screen in the living room, but what remains constant is the engaging medium that entertains viewers and showcases advertisers, no matter where it is being consumed."

Don't stop now! Stay in the know with more from ComcastInSites.
Click the social buttons to share this story with colleagues and friends.
The opinions expressed here are the author's views and do not necessarily represent the views of MediaVillage.com/MyersBizNet.