Where Auto Meets Audio: A Q&A with Jim Motavalli 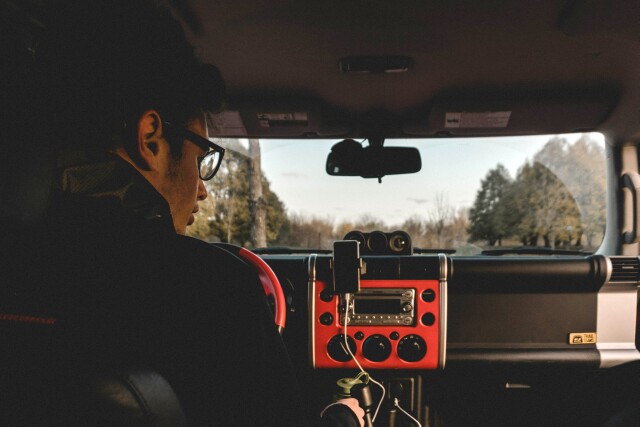 When I get behind the wheel, I face the same quandary as many of my fellow drivers: What to listen to?  I can choose from a dizzying array of choices, from SiriusXM and its Pandora division to iHeartRadio to, of course, AM/FM radio.  I can plug in my iPhone and stream my favorite podcasts and playlists.  And I can control it all through voice commands.  Sometimes, I admit, I'll turn everything off because I just can't decide what to use.  For this -- the first column in my new semi-monthly series on the audio and radio industries -- let's talk audio and cars.

As the most-used in-car media, AM/FM radio has long been the king of the car, but better connectivity and technology are threatening that advantage.  The listening options, the ability to transform your car dash into your smartphone screen via Apple CarPlay and Android Auto, and the addition of voice integrations make discovering audio and accessing content easy and hands-free.  So, what's local radio to do?

In a recent study on media consumption, Deloitte noted that many radio listeners say they tune into radio because it is easy to listen while they drive and radio is free.  Those are distinct advantages, but new technology forces companies in all industries to adapt to survive.  Savvy radio broadcasters and audio execs are looking for their role in this ever-changing ecosystem.  To help map the road ahead, I turned to MediaVillage's resident auto expert Jim Motavalli (pictured below).

Alli Romano:  How concerned do you think radio broadcasters should be about their place behind the wheel?

Jim Motavalli:  Radio should be fairly worried, but radio is not headed for oblivion just because people like to stream their entertainment.  Streaming 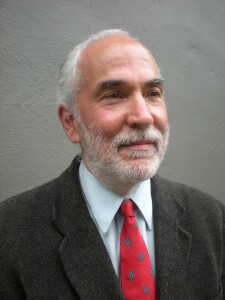 will take an increasing share of the in-car listening market.  One of the problems for radio is it has painted itself into a corner by broadcasting in such a common denominator form.  The audience now has a very wide range of [audio] options that don't limit you to only hearing the same 20 songs.  Of course, Ford cars equipped with the Ford SYNC AppLink can now stream iHeartRadio stations and content, with other manufacturers implementing similar options.

Romano:  What do you see as the biggest in-car disruptors for radio?  Is it voice technology?  Smartphone connectivity?  Is it the ease of Pandora and Spotify baked into your car's touchscreen?

Motavalli:  Automakers are making their vehicles as attractive as possible by giving consumers all these alternatives at their fingertips.  Drivers now have so many other options besides radio.  These infotainment systems in cars provide access.  You've got digital audio, you've got music on your phone, you've got podcasts, you've got music from hard drives, you've got satellite radio.  A lot of people are willing to pay for a subscription.  Those are threats to ad-supported terrestrial radio.  The majority of peoples' radio listening is in the car, so what happens in the car and the environment in the car is very important.

Romano:  What do you see as the most promising tech for audio in cars?

Motavalli: As voice commands get to the point where you can use natural speech, people will be able to ask for whatever they want to listen to. Until now, voice activation systems have been a source of frustration. Once we get to the point of real, natural speech recognition, that'll make it a lot easier. If voice commands work effectively, like Alexa or Siri do, I think that would make the experience a lot better.

Romano: In Deloitte's recent report they noted that, "In a world where digital changes everything, radio may be the exception." With all these new choices in cars, how can a radio company stand out?

Motavalli: Radio broadcasters should study podcasting closely, following in the footsteps of the iHeart acquisition of Stuff Media and launch of the iHeartRadio Podcast Network and NPR's long-running commitment to podcasts. What makes podcasts sticky and why people like them?  They're very informal, they're very engaging and they're on topics that you might be interested in. Radio tries to get the biggest possible audience, so it often tries to be incredibly mainstream. Podcasts can offer a really narrow casting. If terrestrial radio could provide that kind of podcasting and content on demand, then people could access it in their time. Creating podcasts is a big possible revenue stream for radio. They have so much content, so they might as well repurpose it and give it to people on-demand. Terrestrial radio is a very reliable part of these unreliable systems. It always works.

Romano:  What were some innovations at the 2019 Consumer Electronics Show that you think could impact audio and autos in a big way?

Motavalli:  At CES, car makers and tech companies want to show what's coming next and there was a lot about autonomous cars.  A number of automakers were showing what can be done once the driver no longer is focused on the road.  You can turn the windows of the car into screens, so you can check your emails or watch movies.  It's not right around the corner in next year's models.  It's only possible once the driver is no longer engaged with the road.  That is not happening quickly.  Some people will want to work in the car and listen to music.  I think there will still be a place for audio.