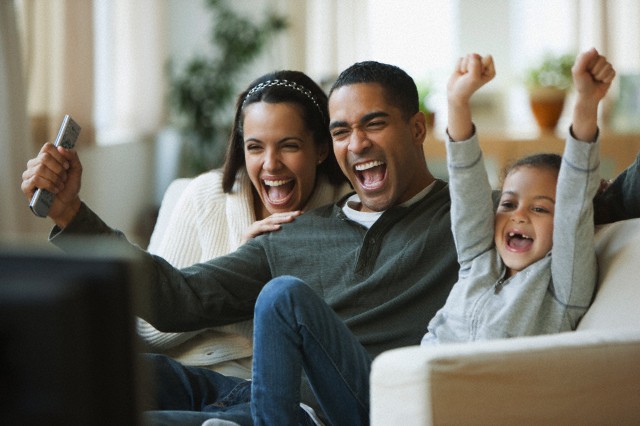 When a new movie is released on demand, most would assume it would compete with other recently released movies in the same genre. An action movie starring Dwayne "The Rock" Johnson would absolutely compete with a new Vin Diesel action release. But the competition doesn't end with the obvious head-to-head titles. Rather, the laundry list of competing rental "opponents" only starts there.

For example, TV viewing is a constant competitor but poses a greater threat during specific parts of the year. There is an organic lull in rental transaction rates in September with the kick-off of fall premieres. It is during this time of year that households are not only debating which movie to rent but also factoring in whether to spend the TV-viewing time catching up on the premiere of a new season.

At Cadent entertainment, we've found that unlike theatrical releases, on-demand films don't always compete new release against new release, or even new action film against older action film. Competition can come from catalog titles, which enjoy waves of popularity due to a variety of factors, including the release of a sequel or a surge in rentals because of a holiday.

Titles like 1962's Lawrence of Arabia and the 1936 movie Mr. Deeds Goes to Town are rented a handful of times each week. A handful of transactions is certainly not enough to compete with the on-demand release of a tile like The Meg, but it does add up. Ninety-five percent of monthly transactions are catalog titles.

In 2018, 353% more movies saw transactions compared to 2017, yet Rentrak consistently reports that households are still only renting twice per month at most. There are more movies made available to consumers, but there aren't more hours in the day to view them. This means movie studios must reach audiences at the right moment to make the most of their opportunity.

The instant availability of the classics we mentioned earlier, as well as recent releases like Three Billboards or Jumanji, are creating a more crowded market. These days, a new release could be competing with films from one, 10 or 50 years ago.

In another example, the Bruce Willis-starring Death Wish, released in June 2018, saw unlikely competition from 2005's Incredibles. Why? Because Incredibles 2 had opened in theaters the week before. Rentals for the original film increased more than 500% in the week after the sequel was released.

It's safe to say that the studio behind Death Wish was planning more for on-demand competition with action thrillers like Pacific Rim or Tomb Raider, not a family-friendly Pixar hit that had been released 13 years earlier.

This isn't a blip: In the last 26 weeks, 15% of the top 100 movie rentals were catalog titles. Many of them were drafting titles that had sequels in theaters — movies like Equalizer, Creed and Hotel Transylvania. Titles tend to see a significant rental boost when a sequel or franchise-connected film is released in theaters.

Some movies don't need a sequel coming out to compete with new releases: Frozen is still in the top 100 rentals after becoming the biggest animated movie ever at the box office. (Incredibles comes in second.)

Whether you're working to revive a stream of rental revenue or drive theatrical sales, there's a valuable opportunity in promoting relevant catalog titles or driving audiences to catalog titles that have upcoming sequels. Boosting support around holiday movies when seasonally appropriate can be a smart approach.

With addressable targeting, Cadent can narrow in on households that we know are renting, and then layer in additional viewership attributes to pinpoint your ideal audience so you're always "fishing where the fish are."