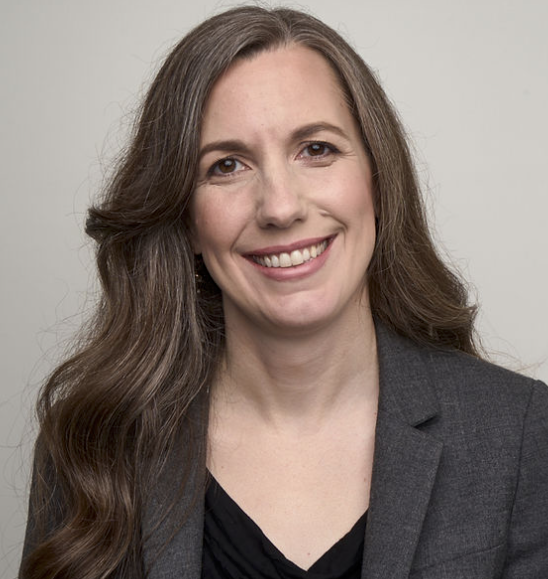 Telling stories is at the heart of the advertising business. Anyone who's seen Mad Men, Bewitched or the Super Bowl, knows as well as the most experienced brand manager that how brands tell stories and how they execute their advertising is important. But as Xandr Chief Marketing Officer, Kirk McDonald, put it during a recent MediaVillage Insider InSites podcast, while creative questions are still critical, today data and insights are arguably more important when it comes to creating moments of relevant storytelling for consumers.

Xandr's Chief Data Scientist, Catherine Williams, agrees. Her team of nearly three dozen mathematicians and analysts are all about that data and those insights, solving problems like making ad campaigns more effective for brands, maximizing inventory efficiency and fighting fraud. And storytelling is a part of her milieu, too -- telling the stories of those solutions to Xandr's internal and external customers in a way that makes complex analyses simple to understand and to act upon.

How Williams got to Xandr is another story worth hearing. It starts with a Colorado girl who liked math and logic. Her brother, older by 10 years, introduced her to what she calls, "cool math ideas" and puzzles and games before she started school. That whetted her appetite for a future in math or science, and when she got to college, she planned a career in medicine. But the homework she enjoyed the most, and the classes she wanted to keep taking, were the ones in math, and it soon became clear that she was going to be a mathematician, ultimately landing in a teaching role at Columbia in NY.

It was there where the life lesson continued: Williams realized that while she loved teaching and research, university life was more solitary than she preferred. One of her connections in the tech world introduced her to the team at AppNexus, where the parts of her personality that had been underutilized in the academic world -- her pragmatism and social skills and ability to code -- would come to the foreground. At AppNexus she led the data-science and marketplace development teams and came to realize that her academic background uniquely prepared her for being a leader within an organization itself focused on solving important, world-changing problems.

And when AppNexus was acquired by AT&T, and the Xandr brand was born, Williams was appointed to lead data science across the larger entity, which also includes her former AppNexus data-science team.  Williams' role requires a technical understanding of what's possible with the data today, and the ability to connect that with a strong sense of the business opportunity and internal and external customer needs. She sees it as a communication role, fostering collaboration between her team and product managers and engineers, interpreting for the business folks who can't be as immersed in the data.

Williams is mindful of gender balance within her group. "It's something that I've spent a lot of time thinking about and worked hard on over the years, so I'm happy to talk about it. I think our gender stats overall for data science are remarkably good and balanced compared to the tech industry overall. Women make up almost half of the Xandr Data science team." She credits being conscious of gender throughout the hiring process and mentions studies that demonstrate that having a balanced team produces better outcomes because of the diversity of thought.

Another thing she learned from her time in often ego-driven academia was how critical it is to create an environment where people feel safe about asking questions. "Sometimes I'll lead by example and ask a 'dumb question' to demonstrate that that's okay. I want our team to be as truly informed as they need to be, so that they can knowledgeably share with their clients, like agency executives, and arm them with the information those clients need to have, so that they, in turn, can gently and completely educate their own clients at brands."

Williams believes that her work at Xandr is helping change advertising for the better, talking about specific brands that have used machine learning, custom algorithms and their own in-house modeling in conjunction with Xandr's ad marketplace to dramatically improve direct marketing results.

She's also proud of her work supporting Girls Who Code and AppNexus's development of the Women's Leadership Forum.  And her pride in her niece, following in her footsteps as a college sophomore, double majoring in math and computer science, is equally apparent.

I asked about the biggest challenges her organization faces.  "The opportunity that we're paying attention to right now is taking the paradigms of TV and digital and putting them on the same algorithmic footing to make the TV world more automated and intelligent, and digital ads more modern and meaningful.  It's early days yet, and we're just focusing on speaking the same language sometimes -- fitting the pieces together and seeing what data needs to connect.  We're going to be taking advertising to the next level -- that's the challenge right now."