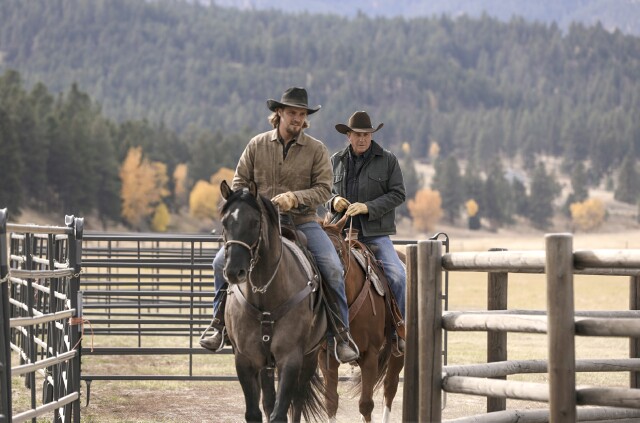 Once in a rare while, a television series does more than generate top ratings and viewership for a television network; sometimes it also inspires a new course that sets the tone for the network's entire lineup of original series. In Paramount Network's case, Yellowstone is that series. The series launched two summers ago as a contemporary Western with Kevin Costner (pictured at top, right, with co-star Luke Grimes) presiding over a sprawling Montana cattle ranch, bordered in part by Yellowstone National Park. This past summer,Yellowstone became the former Spike TV's top-rated series and one of the most viewed on a weekly basis among both cable and broadcast networks. In fact, network representatives cite Yellowstone as the most-watched scripted series presented on any channel operated by parent Viacom in the past decade.

More important to Paramount Network president Kent Alterman, Yellowstone has become the mold for what his service will offer viewers going forward.

"We want to lean into the legacy of what the promise of Paramount says, which is to [deliver] TV as exciting as the movies," says Alterman, who expanded his executive oversight of sibling Viacom-owned channels Comedy Central and TV Land to include Paramount earlier this year.  "A lot of the qualities we homed in on were exemplified byYellowstone.  We want to do stuff that has broad appeal, but not have a broadcast sensibility.  Instead of aiming at niche or dystopian worlds [for series development], we like the idea of exploring appealing worlds, but with the complexity and nuances that reward people's investment in time, especially with scripted shows."

In no definitive order, the features Alterman ticks off as important for current and future series on his service include unique settings (modern-day and historical), diverse ensemble casts, star power (Costner, in Yellowstone's case), intense interaction among characters, and complex human frailties. "That becomes the special sauce," he says.

For season two, which wrapped up two months ago, Yellowstone averaged 5.1 million total viewers per week (a combination of viewers watching the episodes live or up to three days later through digital video recorders), up 14 percent from season one last summer. In recent months, certain episodes attracted some of the largest audiences of any cable channel among adults age 18–49 and 25–54.

The final 2019 episode, originally telecast August 28, drew 5.7 million viewers and was the top-viewed cable network presentation that night. Results by demographics were more impressive, with season two average ratings way up from season one: 42 percent among men ages 25–54 and 61 percent among women 18–49. 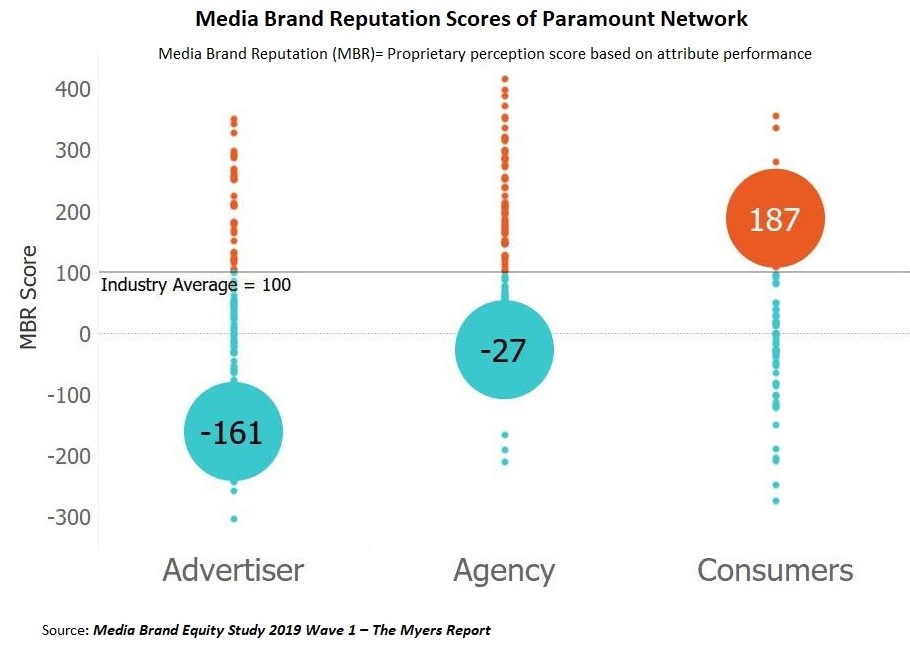 As Yellowstone's ratings stayed on the rise this summer, Paramount Network conducted audience surveys to determine why the program connected with them.  "We wanted to know the things that captivated the audience and how do we apply them in different ways," Alterman explains.  The answers came back: cinematic quality, complex character development and a provocative take on modern-day Westerns that included an exploration of issues involving Native Americans.

"We learned that you want to transport people to [situations] they may not know directly that are appealing, where the setting is a character unto itself," he adds. "The last thing we would want to do is go, 'Hey, look how well Yellowstone is doing. Let's get some more modern-day Westerns going.'"

What Paramount Network has done as a first step is shift promotion of its unscripted series — several carried over from Spike TV last year — to highlight this new network identity.  Ratings for these programs, from Lip Sync Battle to Ink Master, are up from a year ago.  Using Paramount's famous mountain logo as a metaphor, Alterman says unscripted series form the base of the network's original content, with movies and acquired specials on the next level, and scripted residing at the mountain top.

"These series [now] work with the same resonance: ensembles, heightened human interaction and drama that takes you into a world, whether [it's] the world of tattoos or bars," Alterman says.  For a lead-in toYellowstone's season two, co-creator Taylor Sheridan produced The Last Cowboy, a competition series involving a group of current Western settlers.  Viewership was solid, Alterman notes.

At least two new scripted series will premiere before Yellowstone 's third season in summer 2020.  One is 68 Whiskey, with Ron Howard involved as executive producer and director.  It chronicles an army medical unit stationed in Afghanistan.  "It's like a modern-day M*A*S*H*, very ensemble, lending itself to high drama and high stakes, with comedic moments," explains Alterman.  The other, Coyote, stars Emmy-winner Michael Chiklis and is executive produced by Game of Thrones and The Walking Dead director Michelle McLaren.  The series deals with the ongoing immigration dilemma along the U.S.-Mexico border.  68 Whiskey will debut early next year, with Coyote following late winter or early spring.

"In some ways, we look at Coyote as a 'Breaking Good,'" Alterman says.  "[Chiklis' character, a border agent] starts out looking at the world in black and white.  As he gets deeper into things, he taps into his humanity and sees the world in a much more nuanced way.  More layers of gray, instead of right and wrong."

Paramount Network is planning several other scripted series in 2020.  One is Sexy Beast, based on the award-winning movie and set in London during the 1990s.  Another is Emily in Paris, from Younger creator Darren Star.  A third is Paradise Lost, which will get video-on-demand play through Spectrum Originals prior to its Paramount premiere.