YouTube's "Weird City" Is "Twilight Zone" with a Twist 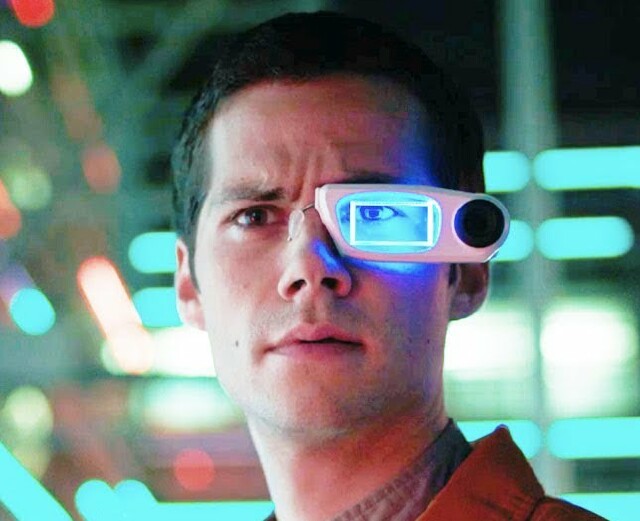 Weird City, a YouTube original released earlier this year, is a refreshingly light-hearted and surprisingly solid sci-fi/comedy anthology series.  Its subject matter is pretty much in the same vein as Black Mirror, except this vein pumps cleverly humorous social commentary instead of dramatic and sobering realism.  Created by Charlie Sanders and Jordan Peele, Weird City, weirdly enough, checked a lot more of my boxes than I imagined it would.  Sure, I may have raved about one or two of YouTube’s originals in the past (shout out to Cobra Kai and Impulse), not all of whom were lucky enough to evade cancellation (R.I.P. Champaign Ill and Ryan Hansen Solves Crimes on Television), but this show is something strangely special.

Weird City depicts a semi-futuristic version of society.  There, in the city of Weird, the line between the wealthy and privileged is a clearly defined one -- in that it’s a literal border separating the two, referred to as “the line.”  The “haves” on the rich side of the line have better technology, bigger houses, stupider clothes and not a single clue.  Below the line are the “have-nots” who aren’t poor and destitute so much as they’re just not rich.  Listen to those above the line and one would imagine that life below it is all poverty, violence and third world-like despair.  Take an actual look, though, and it’s clear that below the lines just looks like any average-sized, present day American city.  It’s just not all holographic adverts and white rooms with clean lines.  They’re just normal people.

So, what exactly makes Weird so special?  Comedy.  Real comedy.  Callbacks, recurring characters, subtle tie-ins, surface-level metaphors and ridiculous names like “Booj” and “Phephannie” are what get each episode’s message across without feeling overly ominous or heavy-handed.  The big trick up this show’s sleeve is its ability to not take any aspect of itself too seriously.  The bizzaro versions of the real-world technologies co-opted by Weird City’s entitled elite are the first obvious example.  Above the Liners all use a smartphone A.I. named “Steffie” that communes with them via iPad-sized tablets that are apparently also their phones.   Therapy comes from vending machines that feature options like “mommy issues” and everyone pays for stuff with their wrists, a la RFID bank cards/Apple Pay.  Plus, everyone wears these goofy Google Glass-looking things on their faces.

There are also a ton of abnormal rules in effect above the line.  Love lives are predetermined from first hookups to marriage, there are television shows that citizens are mandated to watch, and a restaurant called, “You Must Eat Here,” where eating there once a month is a legal requirement.  This is where the show implies the strongest connections between technology and restriction.

In the first episode, “The One,” Stu (Dylan O’Brien) uses a dating service that relies on weird questions and DNA (for some reason) to find a person his or her romantic match.  At first, the system seems to have failed since it connects Stu, a hetero male, to a man named Burt (Ed O’Neill) as his “One.”  The two agree this was a mistake, but end up having a lot in common, as well as a legitimately good time hanging out.  Fast forward a little and these two straight men somehow find themselves madly in love with each other.  The system, created by the enigmatic-as-he-is-questionable Dr. Negari (Levar Burton), was incorrect, and because Stu and Burt actually did have other “perfect” matches, they were legally required to split up.  The same tech that turned them into what is honestly one of the sweetest TV couples I’ve ever seen, was now trying to tear them apart.

Now, all of that might not sound as light-hearted as I previously described, but I promise you it is, because this beat in the story -- this pivotal moment that happens in the third act of every episode -- is turned on its head by success.  In a Twilight Zoneor Black Mirror episode the dangers of technology would have been hammered home by a failure of some sort, like waking up alone in a world full of books and then breaking your only pair of glasses, or testing a futuristic video game that results in your real-life death.  Weird City is subversive in this case because Stu and Burt really do succeed.  They’re initially forced apart, but in the end they both end up moving below the line, outside of Dr. Negari’s jurisdiction, so that they might be together.  Their love won.  It beat the machine, gained the support of their respective families, and even sidestepped the antiquated issue of gender.  This type of success-based subversion happens in almost every episode, and it’s refreshing as hell.

Every one of Weird City’s six episodes has a simple message at its core: Love conquers all, some people just want to belong, her body = her choice, and so on and so forth.  Those core messages are delivered through the hilarious characters created by Sanders and Peele, both of whom wrote for Key and Peelefor most if not all of its run.

It’s funny, smart, wacky when it needs to be, has a great DP and VFX team, and features a ton of recognizable faces from some of my favorite shows and movies, comedy and otherwise.  This includes but isn’t limited to Awkwafina (Neighbors 2), Hannah Simone (New Girl), Steven Yeun (Walking Dead) and Laverne Cox (Orange Is the New Black), not to mention both Yvette Nicole Brown and Gillian Jacobs from Community.  Michael Cera, Rosario Dawson and the legendary Mark Hamill [voice only] all give phenomenal performances as well.

I’m not knocking other comedy series, but as a fan of all things comedy Weird City scratches a very specific itch that I didn’t even know I had.  If Black Mirror is black coffee, Weird City is that same coffee but with milk and sugar.  The only question now is whether YouTube will give us another couple of seasons.  All digits crossed.