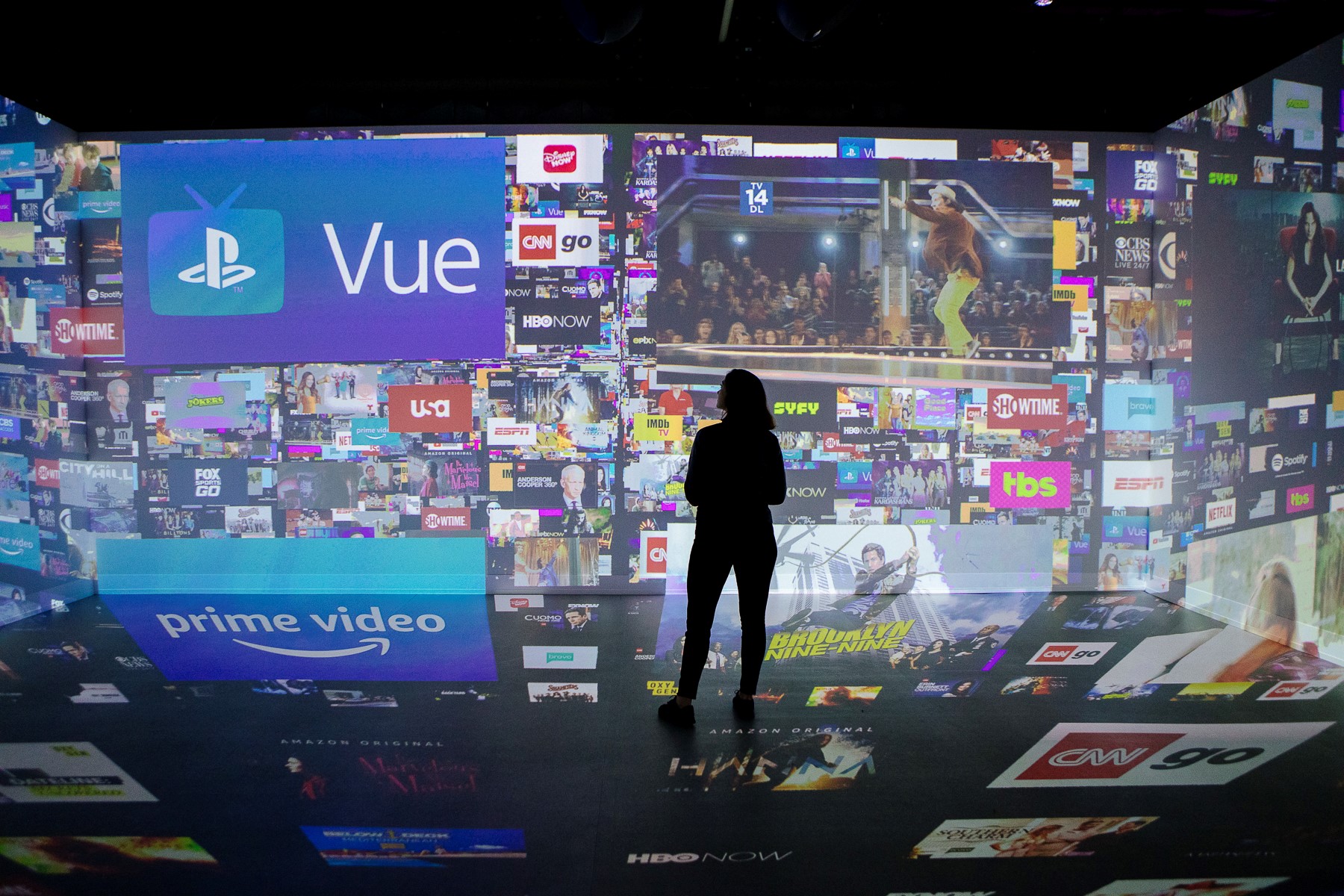 Over the last two weeks of June, Amazon Fire TV and Dolby collaborated on a public exhibition inside Dolby Soho, the latter firm's gallery-modeled setting on Broadway.  Immersive in format, the event was a showcase for the advanced capabilities of Amazon's Fire TV sets and connected devices, and Dolby's audio and video technology.  Of all the elements I checked out at this showcase -- from a 360-degree room with scenes of Fire TV-distributed channels and applications flying all around to an Alexa-powered machine handing out three flavors of popcorn to visitors -- the most impactful was a living room with a Fire TV-powered set and Alexa voice-activated remote control.  With an exhibit representative sitting on a comfy couch facing the set, remote in hand, a series of questions were directed to Alexa with the question posted at the bottom of the Fire TV screen. The response to each question came through a second or two at most after asking.

Going in, I knew about some of Fire TV's special features that separate this smart TV project from its competition, such as the ability to order Amazon merchandise.  What I didn't know until this demonstration is how versatile Fire TV is getting with the inclusion of an artificial intelligence-driven process like Alexa: The ability to call up recipes on the screen and view them in step-by-step fashion with pictures each step of the way;  the ability to watch cameras placed all around a house or apartment for security purposes; the ability to not only increase or decrease the brightness of lights in a room but also to their change color (from white to blue in this case).  But for me, the most unique is the ability to have Alexa play comedian by request -- and see the joke Alexa rattles off live on-screen.

How funny can Alexa be with her repertoire of humor? Let's leave that for others to answer.

The afternoon I showed up for this event, there were about 40-50 people checking it out.  Whatever the age, from teenagers to Millennials to Baby Boomers, they enjoyed the various immersive experiences.  Women and people of color alike were enraptured by room after room.  As for that living room, not only did people enjoy both the range of Fire TV features and how easy it was to use Alexa, they expressed the desire to use specific features like jokes-by-request on a regular basis, according to the room rep. 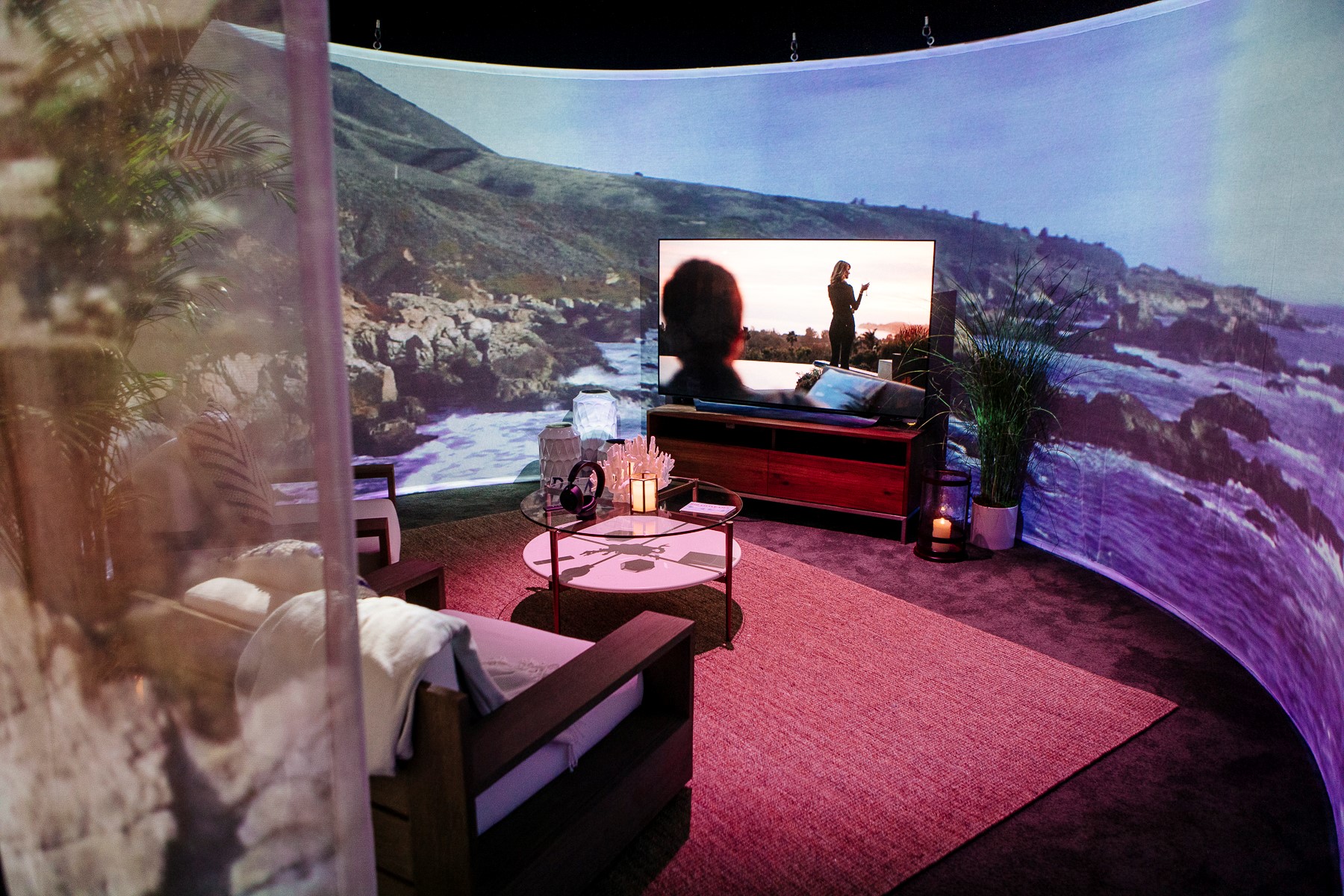 Although this Amazon/Dolby effort is a one-shot for now, guests left with the impression that, as a group over the second half of 2019, smart TV set and device providers will ignite similar campaigns around the country to increase interest in their most unique apps.  Apple TV and Chromecast certainly will, in advance of launching their respective multi-game services -- Apple Arcade and Stadia -- this fall.

As the second half of 2019 goes forward, I also sense we'll see how quickly this interactive age of TV will blossom and how many directions it will simultaneously move in.  Retail giant Walmart may set the pace in a couple of ways over the summer.  First, pop-up spaces within ad breaks on VUDU (Walmart's video-on-demand service distributed through smart TV sets and connected devices) will invite people to order specific products paid through their Walmart accounts.  The second stage will be the rolling out of Eko, the interactive content service with a choose-your-own-direction approach and a $250 million investment from Walmart.  Right now, Eko is expected to exist first as a supplier of series on VUDU,then graduate to a full, interactive TV platform.

Another sign of interactive TV taking off between now and December 31:  integration with market-by-arket deployments of ATSC 3.0 technology among TV stations and station groups.  We'll learn where ITV stands as a priority for these rollouts, compared with the ability to offer more multicast channels or a richer on-screen look.  Something else to learn:  The impact 5G transmission protocols could have on what new services both smart TVs and ATSC 3.0 deployers can offer.

As these interactive scenarios unfold, we'll also have the launches of Apple TV+, Disney+, BET+ -- all with a major quantity of first-run TV series, specials and movies -- as well as an early edition of WarnerMedia's direct-to-consumer venture.  Comcast's NBCUniversal unit will detail what's coming with their ad-supported smart TV venture for early 2020.