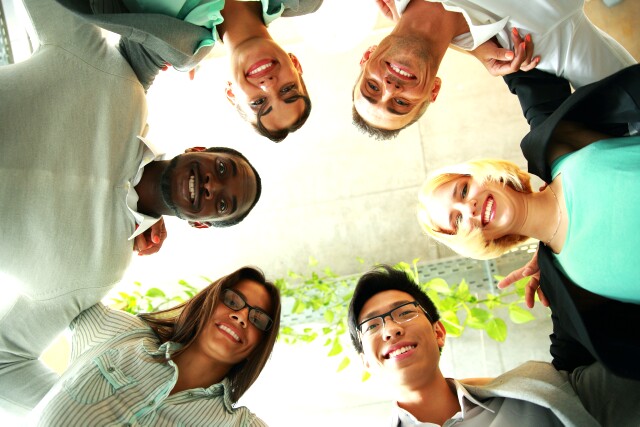 Brand purpose took center stage during Advertising Week New York, just the way it dominated discussions throughout Cannes Lions International Festival of Creativity, the United Nations General Assembly and the Global Citizen Festival.  Done right, purpose-driven marketing is an effective unifier for consumers, employees and partners of brands. The new 2018 Edelman Earned Brand study reports that in the United States, 59 percent of consumers will buy or boycott a brand solely because of its position on a social or political issue, up a whopping 12 points from last year.  In addition, it revealed that 46 percent of all consumers believe that brands have better ideas for solving our country’s problems than government.  These insights, when coupled with the Deloitte Millennial Survey 2018, suggest that brand purpose cannot be ignored.

Both on- and off-stage, three sentiments were woven throughout almost all purpose-driven marketing conversations.

A Call for Unity

Sheila McLean, U.S. Social Purpose and Sustainability Practice Lead, MSL Group (a division of Publicis), noted that the world is shrinking due in part to a confluence of factors which surfaced in the aftermath of 9/11.  Today, we face important global and societal issues including gun violence, gender and racial inequities, economic uncertainty and a growing multicultural population with diverse voices and needs amplified through social media and technology.  Contemporary trends require brands and companies to tackle issues across borders to help global citizens find new ways to live meaningful lives.

The agency is committed to the United Nations’ Sustainable Development Goal 2: Zero hunger as a company-wide focus.  Publicis unites its clients, partners, suppliers, customers and individuals around the world in this tentpole initiative.  In a similar vein, the agency encourages brands such as Procter & Gamble’s Vicks to address issues that are authentic to their brand.  Its “Touch of Care” campaign in India sought to redefine the notion of family, which is now helping to change laws impacting its transgender population.  The campaign, which is now viral, also communicates the universal message that people not connected by blood are still families.

Be on the Right Side of History

Trisch L. Smith, Executive Vice President and Managing Director of Diversity and Inclusion at Edelman, highlighted Nike’s recent “Dream Crazy” campaign as an example of how a brand was able to build on a cultural moment.  Coinciding with the 30th anniversary of Nike’s “Just Do It” tagline, the campaign features Colin Kaepernick, LeBron James, Serena Williams and other athletes.  It embraces the spirit of “Just Do It” while concurrently giving a nod to Kaepernick, who also narrates.  This is a great example of brand risk-taking that paid off.  While the controversial spot initially ignited strong reactions, including people burning their Nikes, it is now viewed as a success in the retail and financial marketplace.  The campaign worked because Nike’s spokespeople, employees and consumers authentically aligned with the message and brand.  Smith shared that while there may be short-term controversy and risk, if the message is authentic it is important to continue.

As the spot says, “It’s only a crazy dream until you do it.” 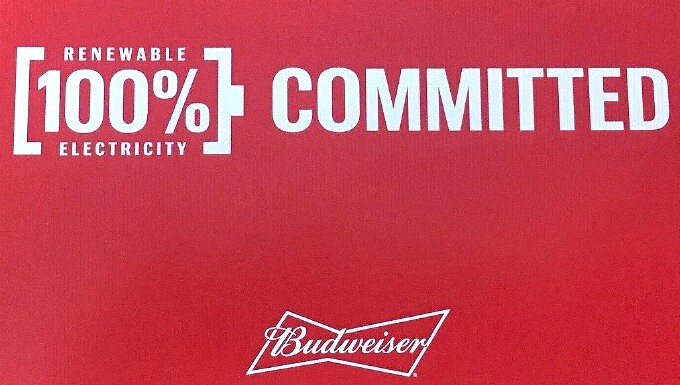 Do It for Our Children Because the Government Can’t

Anheuser-Busch InBev (ABI) has committed to brew all Budweiser around the world with 100% renewable electricity by 2025 with the United States leading the charge.  You might be wondering why the company selected renewable electricity as its platform.  Budweiser identified climate change as the No. 1 global concern for adults 25 to 29 years old and discovered that they don’t believe governments have the solution.  ABI saw that consumers felt powerless to affect climate change, so they committed to bridge this gap.

Brian Perkins, Vice President, Global Marketing, Budweiser said that the campaign launched at Davos and that Budweiser is generating awareness through social media and a simple 100% committed symbol on its packaging.  Like the Wi-Fi symbol or peace sign, the dream is that other brands will adopt this open source symbol (picture above) on their packaging.  In fact, Perkins encouraged the audience to go back to their companies, bosses and brands to make this initiative bigger than Budweiser.  They are hoping that companies including Starbucks and MillerCoors will join as partners in this movement, as brands are picking up a government responsibility for sustainability.

Unity is the connective tissue for real change to occur; we need to solve issues together.  When you think about it, climate change is a big, negative problem that is daunting as individuals feel like their actions won’t matter.  Perkins said that we’re doing this for little boys (and girls).  By including the symbol on every bottle of beer (41 million/day) people feel that they can make a difference through an everyday action.  Beer is more accessible than solar panels.  Success will be measured by instant awareness of the symbol across the globe.

The takeaway from each of these examples is that purpose-driven brand marketing is the new imperative – together we can just do it.