Aging Is the Future of Living 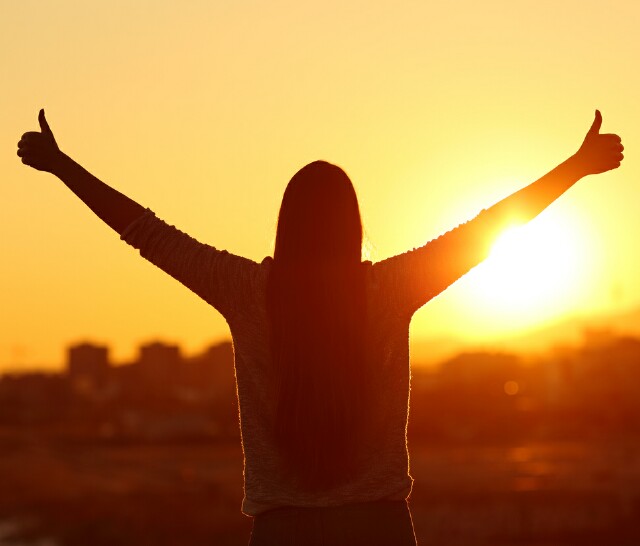 It’s well established that the world is aging and that we’re living longer lives in unprecedented ways.  Just as longevity has been numerically redefined, we’re also psychologically reworking the dynamic of aging.  It’s is now a positive thing -- it’s an advantage earned over a lifetime.  Buoyed by this new orientation, people of age are bringing an optimistic perspective to life and are approaching new endeavors with a level of vigor and vitality that was once associated only with youth.

If the aging consumer’s outlook on life is changing, then we will also need to change the way we think about age.  Which begs the question, what is aging?  We could ask the experts in medical science and they would offer up a physiological explanation that has something to do with decline and advancing morbidity and mortality.  But what if we asked the aging people themselves?  They’re the ones experiencing a new age stage and are likely most in tune with how their evolving mindset is affecting their emotions and attitudes.

The folks at MIT’s AgeLab did just this and the definition that they got from aging people was that “aging is the future of living.”  The future that they aspire to is one of uncompromised living, characterized by a focus on well-being, joy and growth.  To market to them successfully, you must not only embrace their irrational outlook for the future, but you must also have a deep understanding of what those aspirations look like in context.

Well-being is the foundation of quality of life.  When it comes to the aging consumer, the well-being that they’re seeking goes beyond physical health.  While they may bring a healthy dose of denial to their outlook on personal health, they’re also realistic.  They know that aging will eventually take things away from them without asking permission, but they don’t seem to be terribly fixated on that eventuality; partially because they’re living in the moment, but also because their instincts are telling them that they can rely on their ability to persevere.  They have a lifetime of experience in overcoming adversity and they know that they possess the will to triumph over anything aging throws their way.

Well-being is also about emotional and spiritual contentedness.  When we talk about someone who has “come to grips with reality,” we are speaking about their ability to put things into their proper perspective.  They have interpreted their experiences or reality in a way that brings meaning to them, and with meaning there comes understanding, order and, ultimately, restoration of control.

In short, many people of age are good with who they are.  As you offer them products and services that address symptoms of aging, be sure that you’re promising them continued wellness.  You must walk a fine line to avoid being seen as a brand that’s prescribing solutions for negative developments.

Joy.  There’s scientific proof that there’s joy in aging and, in fact, it can be one of the happiest periods in most people’s lives.  According to the Economist, self-reported well-being actually begins to decline after age 18.  People are least happy in their 40s and 50s, but after passing through a nadir at age 46 -- a.k.a. the “U-bend of life” -- their outlook steadily improves for the rest of their lives.

While there are differing theories as to why this is, most agree that later-life contentedness is the combined result of accumulated wisdom, confidence and a general acceptance of aging.  Older people are at a stage in life where they can reflect on their positive life experiences and savor their accomplishments.  The anxiety associated with striving is replaced by the satisfaction of a life well lived.

The implication here is obvious.  If they’re happier than ever, be happy for them.  Portray them the way they see themselves -- enjoying the best years of their ageless lives.

Growth.  The aging of the world is a macro trend, but the trend within the trend is the Boomers’ desire to get better with age, which has them prioritizing personal growth and self-improvement.  The notion of growth in aging represents Boomers at their defiant best, a radical generation that is once again determined to change the undesirable circumstances that they have inherited.  They are defying the unrelenting progress of aging with a self-imposed commitment to continue to learn and grow.  They see this phase of their life as just another act in a long-running production with much more entertainment still ahead.  At a time when the old definition of aging had them getting ready to stop, they’re just getting started, and the virtues of life-long growth are as compelling as ever.  Aptly, this is the generation that’s not getting older; it’s the one that’s growing older.

When aging is seen as “the future of living,” it is the ultimate reflection of the optimistic view that Boomers have of the years ahead.  They aspire to -- if not expect -- a life that will not be limited by the traditional symptoms of age.  They are enthusiastically looking forward to what’s next, which they see as a continuation of the life that they are enjoying today.  And they want more -- more years and more of the quality of life that they see as their norm.  As marketers, it’s time to get beyond the stereotype that aging is about “less.”  There’s much more still ahead for the Boomers and there’s no doubt that they’re going to opt for the brands that help them get more “more” out of life.