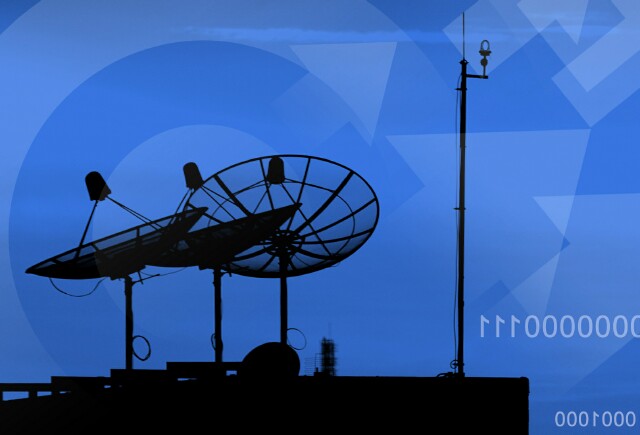 Consumers are rethinking their cable subscriptions and satellite dishes when it comes to receiving their entertainment content.  Thanks to advances in digital technology and data bandwidth, there are more ways than ever to consume premium video at home and on the go.  Consumers are using digital tuners in larger numbers to pick up broadcast stations, signing up for SVOD (subscription video on demand) services like Netflix or Hulu and subscribing to vMVPDs (virtual multichannel video programming distributors), which provide a true “cord cutting” experience and stream broadcast and cable networks over a broadband connection, like DirecTVNow, YouTubeTV or Hulu Live.  How is the industry understanding these trends and, of more importance, monetizing them?

Nielsen identifies these digital video households as Over-the-Air homes (OTA), and their numbers are growing rapidly.  According to its most recent Local Watch Report, as of May 2018 more than 14% of households, or 16 million homes, are considered OTA.  Within this new population, households’ demographics, spending and viewing habits vary widely.  To sort through the details, Nielsen’s Vice President of Local Insights, Justin LaPorte, spoke to MediaVillage about why OTA is expanding so quickly, the implications for brands and programmers looking to reach these consumers, and how Nielsen keeps up with measuring the shifting video landscape.

Alli Romano:  Nielsen’s research shows that the number of OTA homes is rapidly growing.  What are the most important factors that have contributed to this rise?

Justin LaPorte:  Conventional wisdom points to the cost savings benefits, but other reasons include the adoption and consistent growth in broadband access, TV-connected, internet-enabled devices and streaming services, either SVOD or other network-specific streaming services.  There are also simple and cost-effective options for other content to complement over-the-air options, such as SVOD and skinny bundle options, also known as vMVPDs.  Additionally, since the digital transition in 2009, it has become easier and more cost-effective to obtain a digital tuner to get free over-the-air broadcast channels.  In many cases now, digital tuners are now even built into TV sets.

When it comes to understanding the complete picture of TV consumption, it’s critical to measure OTA homes in order to properly represent the TV population.  This has always been our No. 1 goal at Nielsen.  Regardless of the type of TV household, we have to include them all in our measurement to be fully representative.  With the growth of OTA homes, there is clearly even more value from a consumer standpoint for continued recruitment and inclusion of these homes in our panel.  OTA homes are made up of different ages, sexes and incomes, and they are a diverse mix of Asian, Hispanic, black and white non-Hispanic viewers.

Romano:  For brands looking for new ways to reach video viewers, what do you think are the biggest takeaways from the evolving OTA audience?

LaPorte: Because of this, there is a greater need for obtaining data on these consumers, and Nielsen is already measuring viewers wherever they might be through Total Content Ratings and Digital Content Ratings.

Romano:  Looking at OTA households, the SVOD and the vMVPD homes could be particularly attractive for advertisers.  What are the particular challenges for understanding these viewers?

LaPorte:  First, most SVOD content is not ad-supported, so to reach people watching that content is difficult.  However, through our Total Audience Measurement strategies we increasingly know viewer behaviors across all different types of platforms.  vMVPD content, on the other hand, is a way to obtain local broadcast channels and cable networks through a broadband connection. Typically, the commercial content is linear, although sometimes it is dynamic.  Either way, this is a growing add-on platform for advertisers to reach viewers and that’s very similar to traditional wired cable and satellite services.  Because of Nielsen’s panels and content tagging, like digital in TV ratings [DTVR], we already measure vMVPD content, whether you watch it on a TV screen or on a personal device.

Romano:  There seems to be a lot of momentum behind vMVPD household growth.  What do you think is most attractive about these services to consumers?

LaPorte: Cost, choice and flexibility of what they want to watch.  Also, the fact that people are not tied to long-term contracts is another compelling reason.  Consumers have many different options to choose from, like YouTube TV, Sling TV, Sony PlayStation Vue, Hulu Live, Fubo TV and others.  Also, the ability to view local broadcast stations and cable networks on a TV screen or personal device almost anywhere is incredibly attractive, as long as there is a wired or wireless broadband connection.

Romano:  How do all these new OTA households consume video differently from other video viewers (i.e. cable and satellite)?

LaPorte:  You need to look at each one separately because they’re all so different -- a sort of flavor each to their own.  The “No SVOD” group watches far more linear TV and has less TV streaming than traditional cable/satellite homes.  The “Plus SVOD without a vMVPD” group watches far less traditional TV, but streams twice as much on the TV screen.  The “Plus SVOD with a vMVPD” group looks fairly similar to the “Plus SVOD group without a vMVPD,” but half of their traditional time spent is with cable and the other half with broadcast sources since they have access to both.  Both the “No SVOD” and “Plus SVOD” groups almost primarily watch broadcast sources in their traditional TV time.

Romano:  Which group of OTA households do you expect to show the most growth?

LaPorte:  While we’re not in the forecasting business, more choice is becoming available to consumers, especially with new services and expanded, evolving current services.  Based on what we see in the current data, we know that growth is most prominent in the “Plus SVOD” segment -- up from 4% of the total U.S. households in 2015 to 8.3% in 2018.  The “No SVOD” homes declined to 5.8% in 2018, so there is a slow and steady decline in this group.

Romano:  How do you think programmers and producers should approach these consumers?  Has this audience hit a critical mass where networks and station groups should start thinking of programming specifically to them?

LaPorte:  I think all three segments of OTA households should be looked at like any TV household.  There are different values to reaching each of them ... very different profiles and very different media consumption behaviors.  The key is to research these segments and understand them better to help determine which of them fits into the audience you are trying to reach.