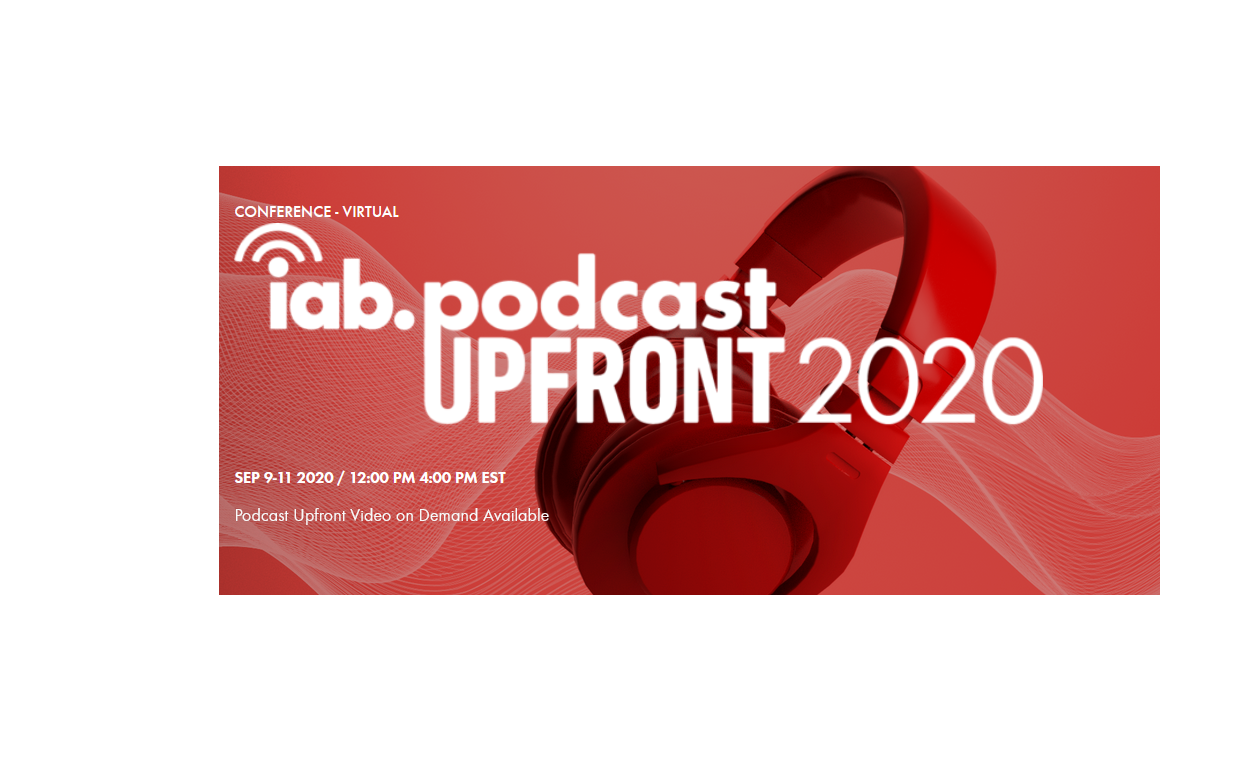 Over three consecutive afternoons last week, the Interactive Advertising Bureau's annual Podcast Upfront demonstrated that in 2020, this art of audio self-expression has reached mainstream acceptance by listeners and advertisers alike.

In presentation after presentation, vendors from Entercom to WarnerMedia expanded both their catalog of original podcasts series and the way advertisers can be involved with them. When they had their turn to showcase, it was with many new entries in their stable, not one or two. As for cultivating sponsor revenue, they spent considerable time ticking off numerous opportunities, from talent or announcer live copy reading and commercial inserts to programmatic sales and multi-media relationships.

Take ViacomCBS for example. They didn't wait for their own first-ever Upfront turn as a combined organization to make their case. During iHeart Radio's segment the day before, ViacomCBS announced a three-year arrangement to create dozens of original podcast series and mini-series for iHeart's own podcast network, now at 750 titles and surging. New series will originate from every ViacomCBS TV service, whether MTV, TV Land, Logo, or Paramount Network. First entries will include audio offshoots of Yo MTV Raps and The Daily Show with Trevor Noah. Podcasts from other sources will be generated as well, including a set of series from The Breakfast Club co-host Charlamagne The God, known as The Black Effect Podcast Network.

Here's a recap of developments from other podcast distributors during the summit, as well as quick takes on what worked—or could have worked better—in delivering their appeals.

News: Turning Consider This, their All Things Considered extension, into a 15-minute daily podcast this fall. Public radio affiliates in nine cities will get a five-minute segment for local reports. Pop Culture Happy Hour, produced weekly the last decade, will become a daily feature.

What Worked: Excellent breakdown of podcast listenership among various demographic groups and increasing both news and non-news programming.

News: Several CNN series this fall, including Politically Sound and Political Briefing, along with a new series featuring NBA on TNT commentator Shaquille O'Neal, and Adult Swim entry This Is Branchberg.

What Worked: Stressing opportunities to combine podcast sponsorships with other WarnerMedia properties.

What Could Have Worked Better: Putting a spotlight on other WarnerMedia units with podcast activity, such as Turner Classic Movies with all the on-air promotion of their The Plot Thickens undertaking.

News: Formation of C13 Features, new venture that will produce 90-minute or two-hour scripted specials, what company officials label "audio blockbusters." Also coming up: The Journey Is Now, featuring actor Will Arnett in conversation with celebrities and notables in various fields.

What Worked: Reminders on the quality/diversity of available content.

News: Sixteen current and future podcast series have TV adaptation deals, such as Dr. Death for Peacock and The Shrink Next Door with Apple TV+. New series for this fall and early 2021 include Whitney Cummings-created comedy Bunga Bunga, NBC News co-production Do No Harm andJacked, a miniseries on the New Jack Swing music movement.

What Worked: Equal time given to content, audience data and innovative sponsor campaigns.

What Could Have Worked Better: Expansion on the TV adaptations and what ad options could result

As for IAB's second virtual multi-day Upfront in recent months (first was the Digital Content NewFronts this past May), it came off in smooth, engaging fashion. Forward some of the credit to host Franchesca Ramsey, who kept the tone bright, the pace lively and the focus on the presentations. Forward some credit as well to the event producers for encouraging presenters to feature their top talent, and video tapes of their podcast work, as much as possible. Another plus: better placement and delivery of research about the podcast marketplace all three days, led by a great opening segment from Edison Research Senior Vice President Tom Webster that gave viewers factoids to look at without an abundance of inside lingo.