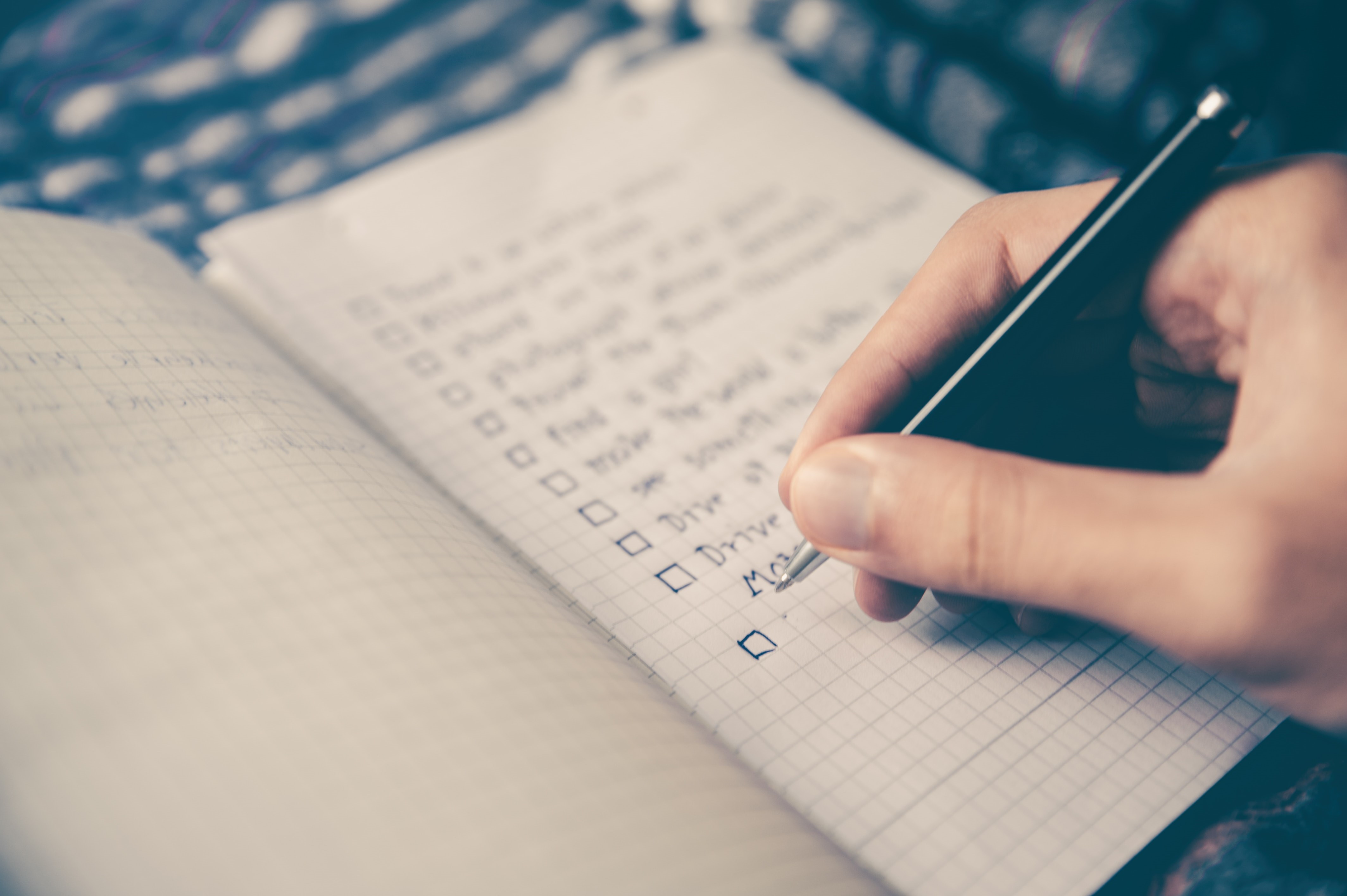 The quest for a better understanding of human emotions and behavioral triggers is a long and evolving one. Back in the 1940s, Abraham Maslow introduced his seminal Hierarchy of Needs, setting the stage for a deeper understanding of the relative importance of need states in human motivations. But in today's world of big data, the impact of social media and the overall evolving nature of societal mores, an update of Maslow's Hierarchy is sorely needed.

Enter Bill Harvey and his research company, Research Measurement Technologies (RMT), which analyzed data from trillions of browser visits to websites, provided by partner Semasio, and millions of tuning events on set-top boxes, courtesy of predecessor Next Century Media, to arrive at a 21st-century version of Maslow's hierarchy.

Using a sample base of 276 million Americans, and with guidance by RMT, Semasio mapped each person's online content consumption tastes and captured keywords that were then appended to the content consumed by a specific browser. The result is an individual word cloud around each person that was then collected into 15 Motivational Type scores. 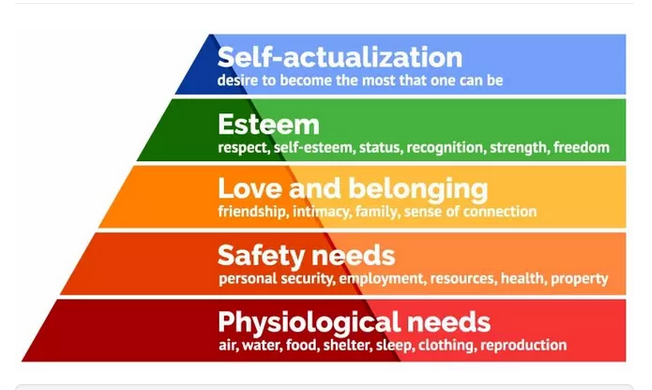 The 15 Motivational Types are:

1. Security – Feeling safe, rather than insecure; to no longer feel fear

2. Belonging – Being part of a group; know that one is not alone in the world; to have support

3. Achievement – A sense of accomplishment; to do something significant in one's life

4. Aspiration/Learning – Wanting to know more; to reach a higher level of understanding

5. Competency – Wanting to be really good at something

6. Fitness – Wanting to have a strong and attractive, healthy body

7. Status/Prestige – Recognition from others; consensus validation of one's own importance

8. Wealth/Success – Affluence; freedom to spend on whatever one wants; ignore others' criticism

9. Heroism/Leadership – Acting heroically anytime; to speak up and take responsibility for situations

10. Experience/Sex/Good Life/Hedonism/Epicureanism – Wanting interesting and fun experiences; to have a good time, enjoy the best of life, and see the world

11. Power – Being able to control other people and situations to one's liking

12. Love – Wanting to love someone and be loved by the same person

13. Creativity – Being creative in arts, business, crafts, nonprofits, sciences, technologies, or any field

14. Self-Knowledge – Knowing oneself — who you are deep inside; mastery of one's mind and emotions

15. Self-Transcendence/Service to Humanity/Enlightenment/Spiritual Awakening/Nobility – Making a positive difference in the world; to take care of other people

In addition to the 15 Motivational Types, RMT further parses the results down into 86 Need States, and then into 265 "DriverTags" — psychological attributes that include human values, character and personality traits, emotional and mood states, human situations, and content descriptors, Harvey notes. These behavioral clusters add further nuance to the motivational clusters. The Need States and then the Motivational Types were derived from the DriverTags, which were attained from set-top-box data, a census of psychological words, and machine learning.

All of the data insights are privacy-compliant, while enabling brands to adapt their messages for maximum relevancy to specific anonymous individuals. "Because most of the 15 motivations are perennial higher human values and ideals, using these insights in this way will tend to raise the conversation level of brand communications to cover more of the most important things in life, and less of the more trivial aspects," Harvey says. "This inspirational and socially relevant flavor has already emerged as a trend in the most successful recent advertising and branded content."

Fadi Karam, chief marketing officer of Yup, concurs. "When I was vice president of marketing at Nestle, people would come to me every day promising me better media plans, but none of them ever asked to see my actual ads before recommending media," Karam says. "When Bill Harvey came to me, he would not recommend media until he could analyze my ads. This recognition that the ad and the media must be looked at holistically, in retrospect, seems obvious; yet, many of us are still locked into the old ways and think that the ads make no difference — that the same media campaign can be optimal for two brands whose ads are as different as they could possibly be."

The early RMT results helped studios and networks develop new programs. But now, with addressable advertising, the ability to better curate resonant messages to viewer households makes the 15 Motivational Types invaluable to advertisers, as well. Turner, under the leadership of Howard Shimmel, was one of the first network groups to seize the opportunity for their clients. According to Harvey, Turner (now WarnerMedia) proved that when a network places ads in programs with psychological attributes that match viewers' motivations, the commercials work better.

"Nielsen Catalina and TV measurement firm 605 provided third-party validation that these contextual methods actually resulted in double-digit lifts in sales and branding effects," Harvey says. "And Simmons provided third-party validation that the DriverTags added to the ability to predict adoption of each of 3,830 brands in the Simmons questionnaire."

RMT and Semasio plan to roll out the 15 Motivational Types in 2020 for use as targeting variables for individual campaigns, enabling agency and media DMPs to append the psychological characteristics to a company's own database.

"It's interesting to me that our 'meme-ology' work has led us back to something very similar to Maslow's Hierarchy of Needs," Harvey says. "Maslow used his own self-reflection and studies of the lives of self-actualized individuals such as Einstein to form his theory. His work was more qualitative. Ours is fully quantitative and based on passive measurements."

The path to the 15 Motivational Types was a more data-driven, calculated process. RMT and Semasio started with every word in the Oxford Unabridged Dictionary, found more than 13,000 words of a psychological nature, reduced them by attitude scaling and factor analysis to 1,562 words, and then down to 265 based on machine learning from the personalized program recommender based on set-top-box viewing data, Harvey explains.

"We then created a semantic ladder up to 86 Need States and the 15 Motivation Types," he says. "The 15 types look a lot like Maslow's five types, except that our 15 types are, obviously, more granular, and we do not claim that every human being follows the same sequence in development of personal motivations. Yet we both came out in similar places."

"The third-party validations by Nielsen Catalina, 605, and Simmons show that our system is not merely tautological — it actually predicts behavior, which also reflects positively on Maslow's visionary groundwork."