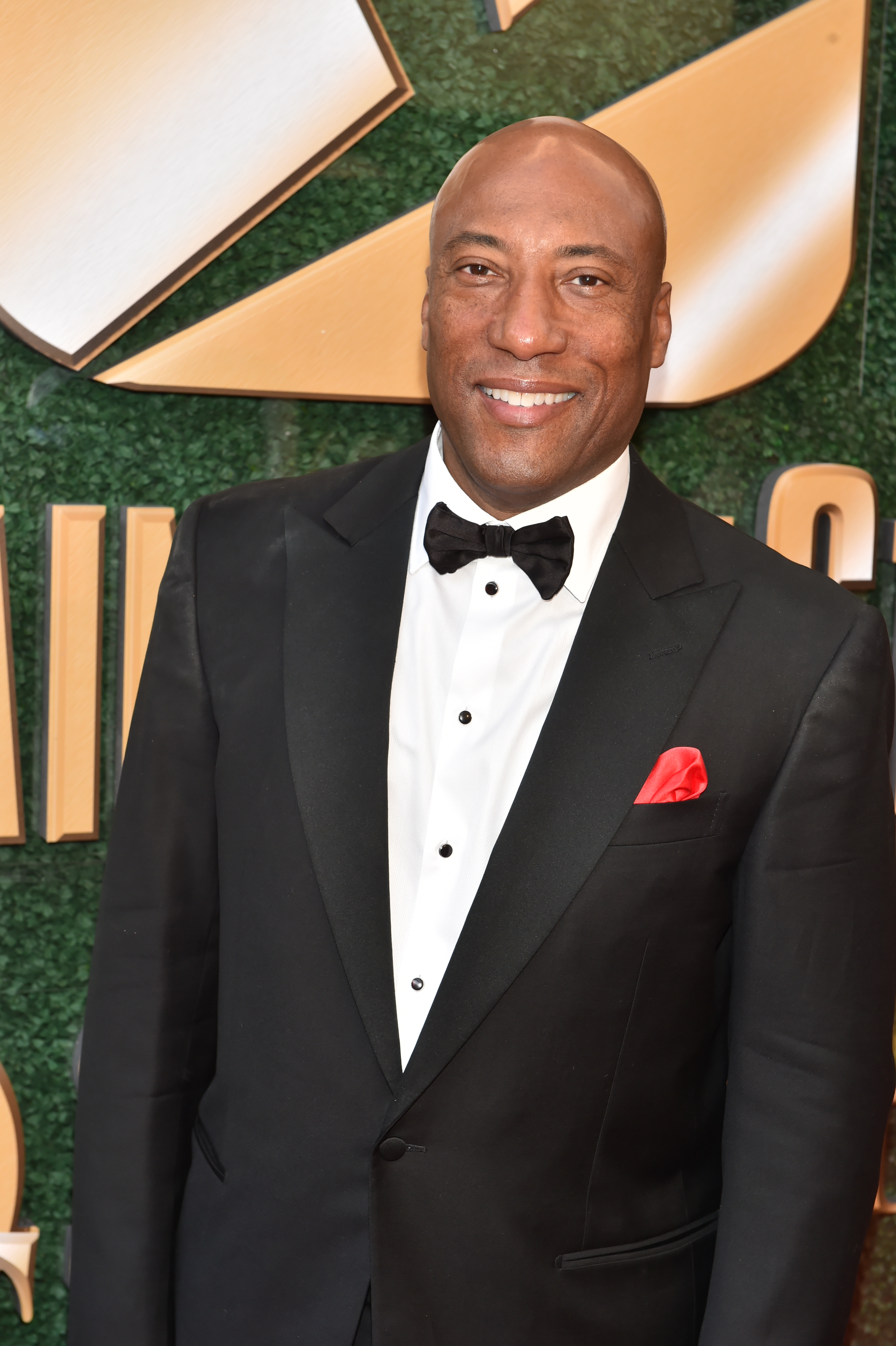 From Byron Allen's (pictured at top) vantage point, Black-owned media, including the television empire he oversees, continues to be largely absent from the advertising industry's radar screen.

From that industry's vantage point, Black-owned media "does not exist," Allen declared at the outset of a special virtual presentation last week, arranged by Cynopsis Media. "Done in by systematic racism on Madison Avenue. It's simple," he continued. "Even today, you go into these all-white agencies, and it's bad. Many are tone-deaf…completely tone-deaf."

Allen, whose Entertainment Studios and Allen Media Group organizations generate programming in one case and broadcast station ownership in the other respectively, considers lack of diversity among advertising agencies one major barrier to Black-owned media success in the marketplace. Another is the absence of robust, ongoing budgets for Black-owned media among both advertisers and ad agencies, compared to robust, ongoing budgets for Black-targeted media.

"There's a scenario today where Madison Ave. doesn't have a bucket that includes Black-owned media," Allen said. "Now Is the time to hold them accountable. That's the only way to get things done. There is no economic inclusion. It doesn't exist. This is the epitome of systematic racism."

Over the last few decades, Entertainment Studios has become one of the major syndicated series players, with more than 60 series running on both broadcast stations and cable networks. Allen's programming enterprise also operates a collection of cable networks led by The Weather Channel, as well as Local Now, distributed through smart TV sets and devices. A 24-hour Spanish-language offshoot of The Weather Channel is planned for 2021, as well as turning Up North, aSeriesFest-winning pilot in 2017, into a series produced in New York.

Starting with four TV stations purchased last summer, Allen Media Group currently owns 15 stations (all CBS, NBC, ABC or Fox affiliates) in 12 markets, and recently reached an agreement to buy a station in Honolulu. Allen Media Group is also a partner with Sinclair, one of the largest TV station group owners, in more than 20 regional sports networks previously operated by Fox.  Recent published interviews with Byron Allen feature his intent to spend $10 billion over the next two years to increase his portfolio of broadcast stations.

Entertainment Studios is moving ahead because a growing number of individual advertisers create, then fill, the bucket Allen wants the ad industry to adopt as standard practice for minority-owned media. Elements of this bucket: multi-year advertising commitments, multi-platform combo spending and community outreach initiatives.

Johnson and Johnson and Pepsi are two sponsors who play fair and consistently in that manner, according to Allen. Coca-Cola is not. "(They) do not spend one nickel on me, "Allen added. "They're horrible."

With the buying power of African-Americans and other communities of color rising substantially year after year, "it's in your interest to open up opportunities and new platforms, to foster competition in voices," Allen maintained. "Let's be long-term partners. We're in the community, all over the culture and ingrained."

"I don't want a handout. I want partnership. Let's do business. Get to the table. Stop with the excuses and charities. Spend $100 million or 10 percent of your budget on Black-owned media. If you're not saying that, you're not involved."

One recommendation from Allen: instead of hiring chief diversity officers, ad agencies should hire chief investment officers with no hesitancy to make investments in minority-owned media. Another: streamline the process under which minority-owned media investments get greenlights, by reducing what he terms "analysis paralysis," or far too much time and energy on research.

In the near future, Entertainment Studios will launch a monthly progress report on landing business from corporate America, naming names on which advertisers and ad agencies are stepping up to the plate on behalf of Black-owned media, or not. That report will be presented through TheGrio, Entertainment Studios' digitally-distributed news and information service. If need be, Allen's organization may pursue legal action similar to lawsuits againstComcast and other cable operator for carriage of ES' cable networks.

Allen is rooting for Black News Channel, the 24/7 TV network launched this past winter, and minority-owned services about to get underway or in development, to be direct beneficiaries of his crusade.

"Are we cool with one service? Hell, no.," he understands. "We need one America with access to opportunity and market share. We need more intellectual capital to compete globally. Bigger is much better. Invest, invest, invest…let's get it done."