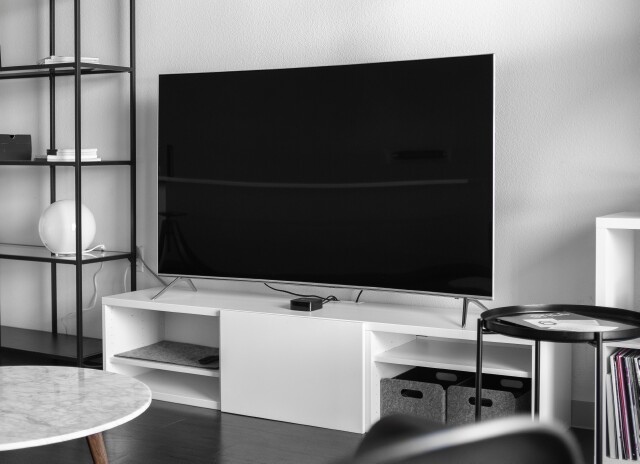 Pay very close attention to a handful of events taking place over the next three months.  Collectively, these happenings will serve as foreshadowing for the next stage of programming ventures the public can witness through their smart television sets or TV-connected devices.

If you're keeping score, I'm suggesting that the third stage of this content revolution is just around the corner.  Stage One was the arrival and development of Netflix, Hulu, Amazon, Sony Crackle and CBS All Access, as penetration of smart sets and devices among TV households started to climb midway through this decade.  Stage Two, taking place over the last 18 months, is the variety of new niche services using these products as their primary or exclusive distribution avenue into households.  This assortment includes the likes of DC Universe, ESPN+, Afrolife.TV, Blueprint, The Stage Network, Revry, Bizversity, PassionFlix and recent newcomers All Arts, The Fantasy Network and Drink TV -- all existing on subscription or ad-supported business models as smart products reach the majority of TV households and have audiences that watch billions of hours of content and applications per month.

In Stage Three, expectations are that this next set of new programming ventures will be challengers to the Stage One players, offering a variety of original series and movies for different demographics.  However, the similarity may end there.  Given that more smart product households can control how they watch and use TV by voice or voice-powered remotes, thanks to the implementation of artificial intelligence-powered features such as Alexa, Siri, Google Assistant or Bixby, there's the possibility that interactivity with content, advertising or both, can be an important road to viewer acceptance off the bat.

The first sign of how Stage Three shapes up comes March 25, when Apple holds a showcase for its long-anticipated TV programming venture at its Cupertino, California headquarters.  Key celebrities involved with the venture through program development arrangements -- from Oprah Winfrey to Reese Witherspoon -- are expected to help Apple Chief Executive Tim Cook and associates spill the details.  Some advance reports on this event infer that Apple may bundle their TV originals with other services, such as a customized news/information app.  The advance word is that Apple will unveil a lineup of series and movies suitable for family viewing, with a unique distribution plan.

Will there be some new developments for connected-device Apple TV, as well?  Not clear at this point.

Disney's annual investor meeting, scheduled for April 11 in Los Angeles, represents the second stop on this new programming journey.  A key focus of this event will be the first public presentation by Disney+, the ambitious venture coming to smart TVs and devices this fall.  With Disney CEO Bob Iger as lead guide, attendees will see the full range of original content in production or development for this direct-to-consumer initiative, as well as the contributions various Disney units, from Pixar to Marvel, will make.  We already know a few highlights: at least three Star Wars series (two live-action and one animated), a High School Musical series and at least one live-action Marvel superhero program.

The unknown factor is how much Disney can say about what the about-to-be completed merger with 21st Century-Fox will bring to Disney+.  If the merger is completed by the end of March, look for some hints on what contribution National Geographic can make here.

If some hints to that effect are not droppable at Disney's investor meeting next month, chances are plenty can be offered midway through the annual Digital Content NewFronts the week of May 1.  By then, Disney will have majority control of Hulu, and that venture leads off the foursome of participating ventures that day.  We could learn how big Nat Geo, or FX, or Fox Searchlight's year-old TV division (which reportedly has a collection of series close to being green-light) will be as new Hulu sources of original programming.

Right after Hulu wraps up, retailing kingpin Walmart will make its NewFront debut.  So far, the focus is about new series for video-on-demand offering VUDU, some generated from a major production deal with MGM TV.  All we know about this VUDU initiative is that MGM will supply a series version of its comedy hit, Mr. Mom.  Between now and then, Walmart may decide to use this event in part to go all in for interactive TV, through converting Eko from website to smart TV attraction.  Walmart joined Samsung and MGM as a major Eko investor last year, ponying up $250 million.

There's one last outpost to be settled in this Stage Three public display, and that's in the hands of Warner Media.  Now that parent AT&T has made its executive shuffle impacting the various Warner Media units (HBO, Turner, Warner Bros., etc.), will we see a multi-hour showcase during the big parade of broadcast and cable network Upfront events mid-May, as Turner has put forward most of the last decade (to top reviews most times out)? If an event takes place, will we get the first clear picture of Warner Media's multi-tier content venture, which like Disney+ has a fall debut?

With elements of that venture ad-supported, and the original programming set to be introduced early 2020 (according to recent AT&T and Warner Media executive interviews) I'll lean in the direction of holding an Upfront event somewhere in New York.  By then, we all may be in the clear about what's straight ahead on this medium's horizon.