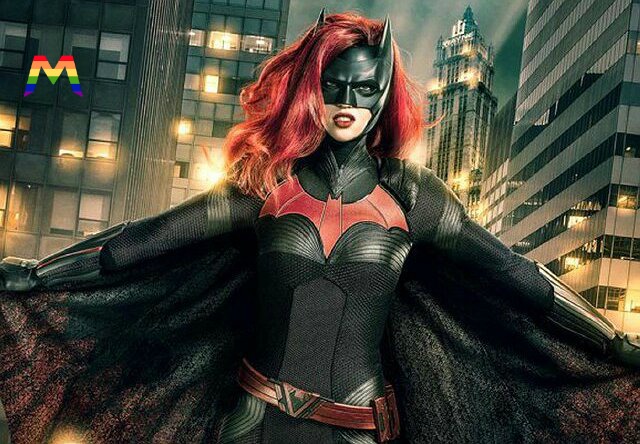 As the broadcast networks continue releasing clips from and information about their 2019-20 freshmen series, MediaVillage looks at what to expect in their fall and mid-season lineups.  (Note: The comments below are not reviews.)  There are eleven new shows centered on those reliable broadcast staples, cops and lawyers.  Family life follows, with a combined ten comedies and dramas.  Starting over after losing it all isn’t a new theme, but it’s a proven draw that has inspired four new comedies and four new dramas.  Four new genre/sci-fi/supernatural series are on the way, and there will be plenty of annoying parents and in-laws, too.

Will any of this pull viewers away from streaming services? That’s the question of the year. For now, here’s the list of new network offerings that hope to find an audience in 2019-20. Those marked with an asterisk are scheduled for midseason.

Bob Hearts Abishola -- Billy Gardell and Folake Olowofoyeku lead this comedy about a Nigerian immigrant nurse who finds herself the (unreciprocated) object of affection from a businessman after he suffers a heart attack. Think: The Nurse Stalker (Monday, September 23, 8 p.m.)

*Broke -- When an outrageously wealthy trust fund baby (Jaime Camil) is cut off by his father, he must move with his wife (Natasha Leggero) into the home of her estranged sister (Pauley Perrette), forcing the two siblings to reconnect. Think: 2 Broke Relatives 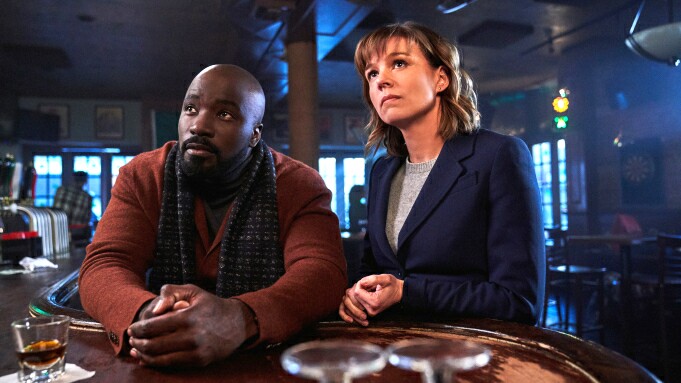 Evil (pictured above) -- Science vs. religion and the origins of evil are explored when a skeptical female forensic psychologist (Katja Herbers) joins a priest-in-training (Mike Colter) and a carpenter (Aasif Mandvi) to investigate miracles, demonic possessions and unexplained phenomena. Think: The Exorcist Meets The X-Files (Thursday, September 26, 10 p.m.)

*FBI: Most Wanted -- Criminals on the FBI’s most wanted list are targeted by the Special Task Force in this spin-off of F.B.I. starring Julian McMahon. Think: Law & Order: SUVs

The Unicorn (pictured below) -- Aided by his friends and family, a widower (Walton Goggins) with two daughters attempts to enter the dating pool where he is pursued as an elusive, hot commodity. Think: 8 Simple Rules for Dating My Widowed Dad (Thursday, September 26, 8:30 p.m.) 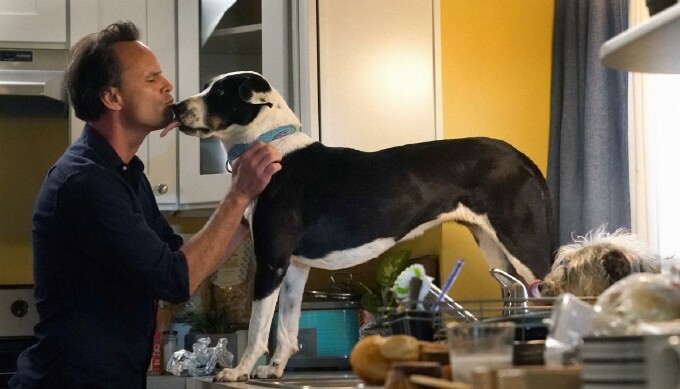 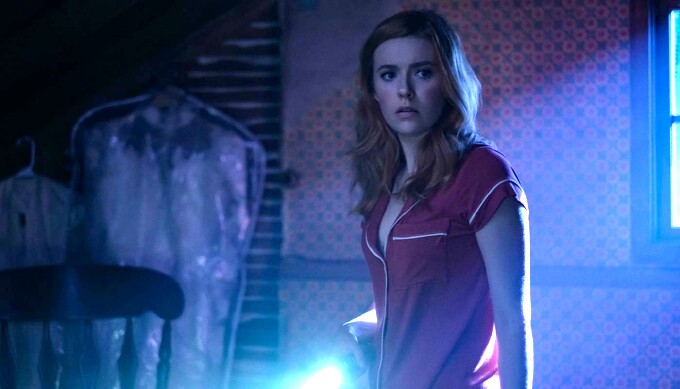 Almost Family -- A woman discovers her fertility doctor father (Timothy Hutton) used his own sperm to help conceive hundreds of offspring, all of them potential insta-sibs. Think: Sisters -- the Australian show this was adapted from, not the soapy NBC primetime drama from the ‘90s. (Wednesday, October 2, 9 p.m.) 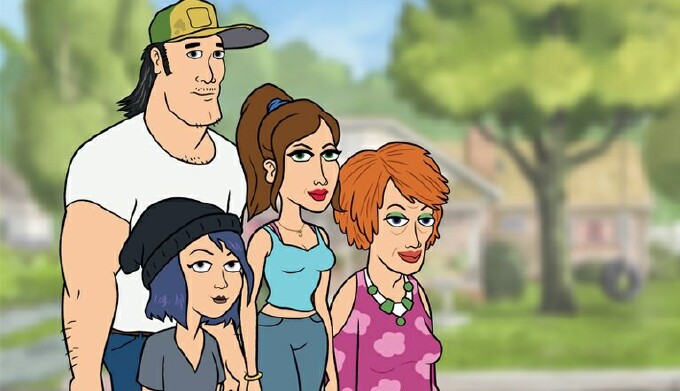 *Filthy Rich -- The patriarch (Gerald McRaney) of a popular Christian television network dies, leaving his wife (Kim Cattrall) to run the business and deal with the three illegitimate children he had that she never knew existed. Think: PTL and the City

*The Great North -- Yet another animated series, this time about the Alaska-based Tobin family, where single dad Beef does his best to keep his family close. Think:Man in Trees

*neXt -- Thriller about a Silicon Valley pioneer (John Slattery) who teams up with a cybercrime agent after discovering a rogue A.I. he created. Think: I, Renegade Robot

*9-1-1: Lone Star -- Rob Lowe stars as a New York City cop who, along with his son, relocates to Austin.  There, he must balance saving lives while solving his own problems. Think:BizarroMcCloud

Prodigal Son -- Tom Payne stars as the son of a serial killer who works as a criminal psychologist and is hot on the trail of a copycat killer. He’s also dealing with serious like father-like son issues, amplified when he sleeps. Think: Hannibal Dexter(Monday, September 23, 9 p.m.)

Bluff City Law (pictured below) -- Sydney Strait (Caitlin McGee) used to work for her celebrated lawyer father (Jimmy Smits) in Memphis, but their tenuous relationship came to an end and they haven’t spoken in years. When her mother passes, Sydney finds herself back at the firm wanting to change the world and let bygones be bygones. Think: The Grinder, with an actual lawyer. (Monday, September 23, 10 p.m.) 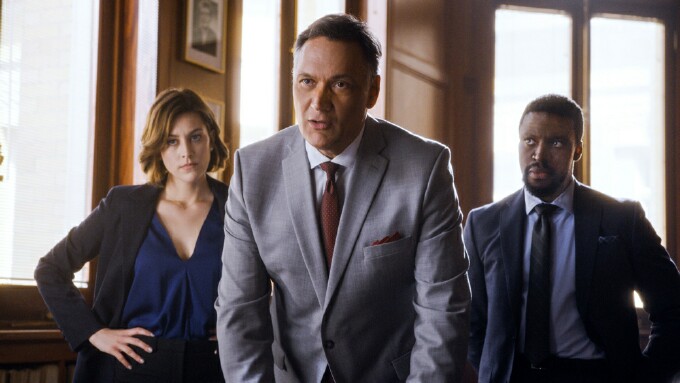 *Council of Dads -- Scott, a father of four, finds his life derailed after a cancer diagnosis. Wanting his kids to have good role models, he calls on trusted friends -- Anthony (his oldest friend), Oliver (his AA sponsor) and another Oliver (best friend to Scott’s wife Robin) to support his family should the unthinkable happen. Sarah Wayne Callies, Tom Everett Scott, Clive Standen and J. August Richards star. Think: A Million Little Friends 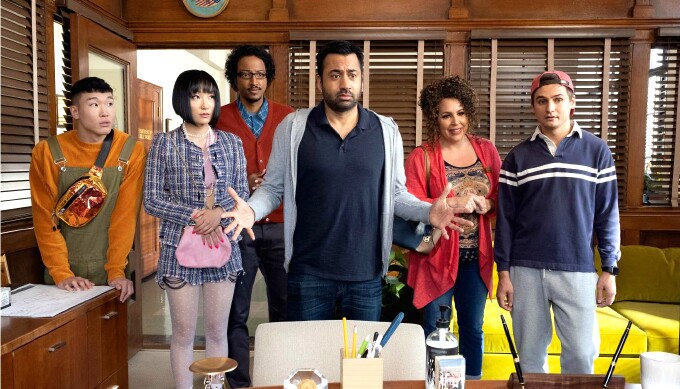 Sunnyside (pictured above) -- Disgraced New York City councilman Garrett Modi (Kal Penn) moves in with his sister and contemplates where his life went wrong. However, after a diverse group of American citizen hopefuls hire him to help them, he sees a chance for redemption. Think:The Good Place U.S.A.(Thursday, September 26, 9:30 p.m.)

*Zoey's Extraordinary Playlist -- After her terrific turn in the Netflix thriller What If? Jane Levy returns to NBC as Zoey Clarke, a whip-smart computer coder who starts hearing the thoughts of those around her in song.  Think: My Crazy Ex-Computer ProgrammerorMs. Eli Stone

*The Baker and the Beauty -- Adapted from the Israeli series of the same name, Daniel Garcia (Victor Rasuk) works at the family bakery. His life seems well-planned until a chance encounter with international superstar Noa Hamilton (Nathalie Kelley) sees sparks fly and family tempers flare. Think: The Baker and the Beauty(streaming on Amazon Prime)

Emergence -- Thriller about a police chief (Allison Tolman) who gives refuge to a young girl found at the site of a mysterious plane crash. With no memory of the incident, the investigation into the girl’s identity leads to a larger conspiracy. Think: Stranger Things: Eleven(Tuesdays, 10 p.m.)

*For Life-- Nicholas Pinnock stars as an innocent prisoner turned lawyer who, while fighting to overturn his own life sentence, fights for the freedom of other inmates. Think:Law & Order:Prison Break

mixed-ish -- Arica Himmel stars as a young version of Rainbow Johnson (Tracee Ellis Ross) in a prequel to black-ishset during the ‘80s. The show explores her experience growing up in a mixed-race family from a hippie commune to the suburbs. Think:young-ish (Tuesdays, 9 p.m.), not to be confused with Freeform’s grown-ish 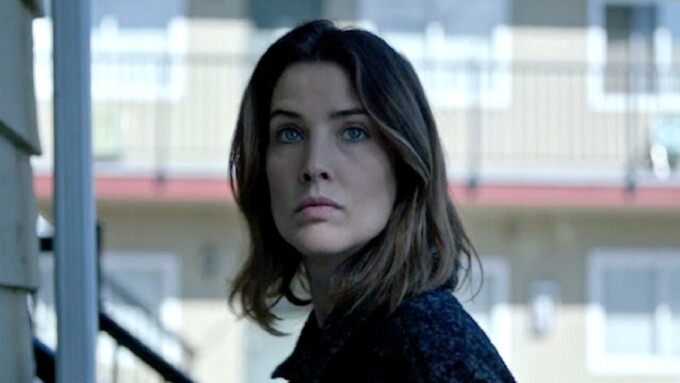 Stumptown (pictured above) -- Cobie Smulders stars as Dex, a sharp-witted army veteran turned P.I., complete with a complicated love life, gambling debt and a brother to take care of. While an adept P.I., she’s often in the firing line of criminals and rarely in alliance with the cops. Think: Magnum Cavalier(Wednesdays, 10 p.m.).