Gen Z Influence on the Rising Marketability of the NBA 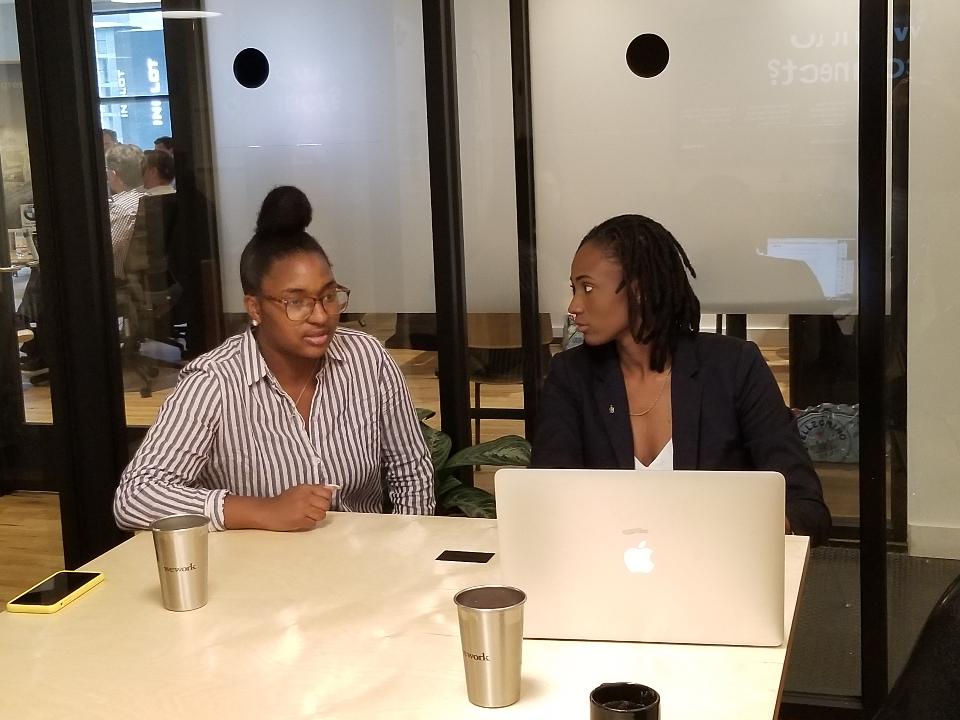 The NBA Finals are over, which means that the NBA Draft is officially underway.  With the rise of social media and on-demand digital streaming services, sports athletes have been able to take control of their own narratives and brands in ways that were previously impossible.  As we saw during this year's March Madness basketball tournament, superstar players such as Zion Williamson were responsible for bringing millions of dollars to the NCAA, universities and brands, yet -- due to NCAA rules -- they are unable to receive any of this profit.  As we see a rise in the marketability of talented college athletes, we also see a rise in these Gen Z players' efforts to advocate for their worth in the same way these agencies and brands advocate for players to produce more opportunities for marketing.

The 2019 NBA Draft took place yesterday (June 20) at the Barclays Center, so I met with Patricia Douglas, a Gen Z Sports Marketing Intern for the NBA in Brooklyn, NY, to talk about how Gen Z athletes and viewers have influenced the NBA's market size for the better.  Together, we took a look into the future to talk about what we can expect down the road from the NBA, players and fans due to this consumer behavior shift in the market.  (Watch the full interview above.)

Gen Z's influential impact on sports is yet to be fully realized, but it's coming, said John West, Founder of Whistle, a sports and entertainment media brand.  "The young generation is redefining sports; less watching on TV, less attending live traditional sports," West explained.  "They're still followers, but on social and they're able to follow niche, non-traditional sports."  This year's draft is especially interesting because the No. 1 draft pick is the most notable basketball athlete in the world since LeBron James, and he represents Generation Z.  Since James was drafted back in 2003, many rules and regulations have changed in order to protect the integrity of the league, including the rule that prohibits players from entering the league straight out of high school -- contrary to superstar athletes, such as LeBron James and Kobe Bryant.  However, the NCAA has been consistently stagnant in offering authority to college players to monetize their brand while still in undergraduate school.

When talking with Max Barnett, Global Head of Digital and Social Media for Nielsen Sports, he told MediaVillage, "It's not just about [the] number of followers.  Brands are focused on how an athlete's social platforms and content can impact the bottom line and measure the performance relative to other marketing activities."  Working with some of the biggest brands in the world, Nielsen Sports developed a Social Media Scorecard that utilizes more than 30 data points to enable brands to make smarter business decisions when selecting and benchmarking athletes.  Nielsen's Sports Social Media Scorecard was developed from Gen Z and Millennial audiences, ranging from 18-35-year-old basketball and music fans.  The study states, "From April of 2018 through March of 2019, Nielsen Sports tracked the social media activity surrounding the top six NBA draft prospects: Zion Williamson (Duke), Ja Morant (Murray State), R.J. Barrett (Duke), Cam Reddish (Duke), Jarrett Culver (Texas Tech) and De'Andre Hunter (Virginia).  We used social media metrics from throughout the past 12 months to normalize the impact of their teams' performance during March Madness."

With the rising flexibility of streaming services and the rise of digital-driven companies, such as Bleacher Report, engagement amongst Gen Z audiences has dramatically increased athletes' ability to take control of their digital narrative and improve their overall bottom line and performance for advertising agencies and brands globally.  Hopefully, both the NBA and NCAA begin to follow the trends of the rising Gen Z athletes and consumers and open the door towards giving them a taste of this rising market share.