How Advertisers Should Act in This Time of Recycled News, Rumors and Lies 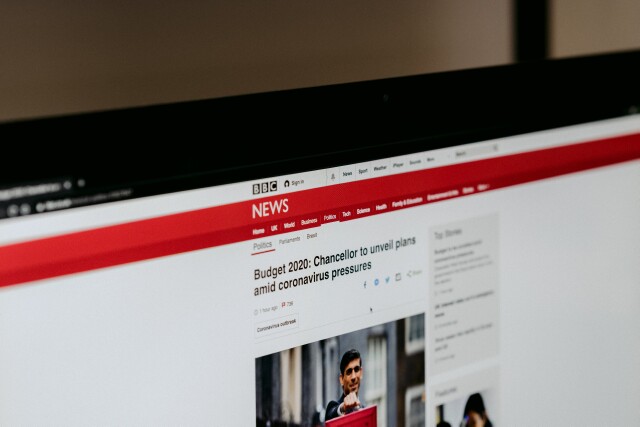 If this weren’t so serious it would be a fascinating social experiment — but the fact is, the Coronavirus (COVID-19) pandemic is awful and no amount of social media posts of families playing, singing or making amusing models out of their pets can mask the fact that people are becoming very ill and many are dying.

In the middle of all this, how should advertisers behave?  How are we all behaving?

The first thing we are all doing is becoming obsessed with the news.  Overall TV viewing figures in the U.K., for example, are up by around 32 percent year-over-year.  That’s not Netflix.  Not YouTube.  Not Facebook video.  It’s TV.

In fact, in the U.K., we seem to have stopped the war on the BBC, possibly because when the nation comes together it comes together in front of the BBC.  Hopefully, we won’t immediately forget the good work the BBC is doing keeping the nation informed, on local services, local radio, and so on, as well as on the national feeds.

Newspapers off- and online seem to be doing well, but not as well as might be expected.

This could be the result of something rather interesting: advertisers not wanting their ads appearing within any story containing the word Coronavirus — the argument being that it can’t be a good thing to be associated with bad news.  In online media, this means that programmatic algorithms are set to blacklist any sites or elements of sites where the banned word appears.

This is so absurd as to be almost comical.

First, surely even online evangelists would concede that leaving everything up to an algorithm with no human intervention, as certainly seems to be the case here, is crazy.

Yes, it makes sense to blacklist a site spreading false information and rumors, but presumably quality news sites are blacklisted, too.

Certainly, that’s what Newsworks, the U.K. trade body responsible for marketing the newspapers and their associated websites, is getting at in their campaign to back, not block, news -- and to support journalism.

As Tracey de Groose, executive chair at Newsworks says: “Against a backdrop of Brexit, climate change and the current Coronavirus pandemic, we are living in unprecedented and anxious times and the news industry is playing a vital role in people’s lives by providing information and advice they can rely on.  Amid a growing awareness of the pervasiveness of fake news and misinformation, the nation’s appetite for trusted news is at an all-time high.”

Newsworks is calling on advertisers to back journalism, an admirable sentiment — although why advertisers should back any newspaper refusing to publish its sales data (such as The Telegraph) through the official channels is not clear.

I don’t remember Newsworks being quite so vehement in advising advertisers how to behave on that occasion, although I think they've had a word or two to say about the efficacy of Facebook's data.

To repeat Tracey: “Amid a growing awareness of the pervasiveness of fake news and misinformation…”

Aren’t some Newswork members just as guilty?  Here’s the center spread from last weekend’s Mail on Sunday (and be assured I could have chosen any number of images here). 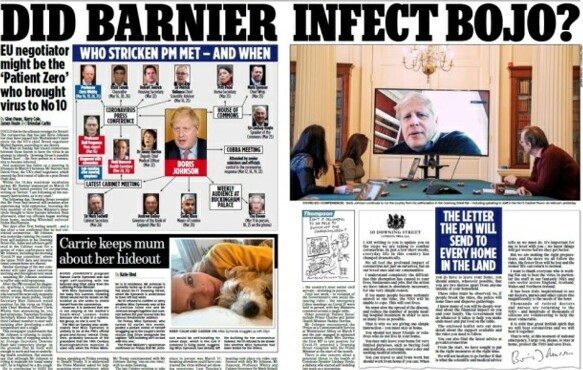 Advertisers can make up their own minds whether they wish to advertise within content that seeks to defame someone or some organization without due cause.  (For the benefit of the many Cog Blog readers not in Europe, Michel Barnier is the European Union's chief Brexit negotiator, and, as such, not our tabloid newspapers' favorite person).

Fake news and misinformation, along with content created to scaremonger, is not unknown territory for members of the press (nor indeed for several other mainstream media channels I could mention).

The point is: The context within which ads are seen does matter.  But context always matters, not just when our national newspapers and their trade body decide that it does.