P&G's Marc Pritchard on Brands as a Force for Good, and Personal Goals 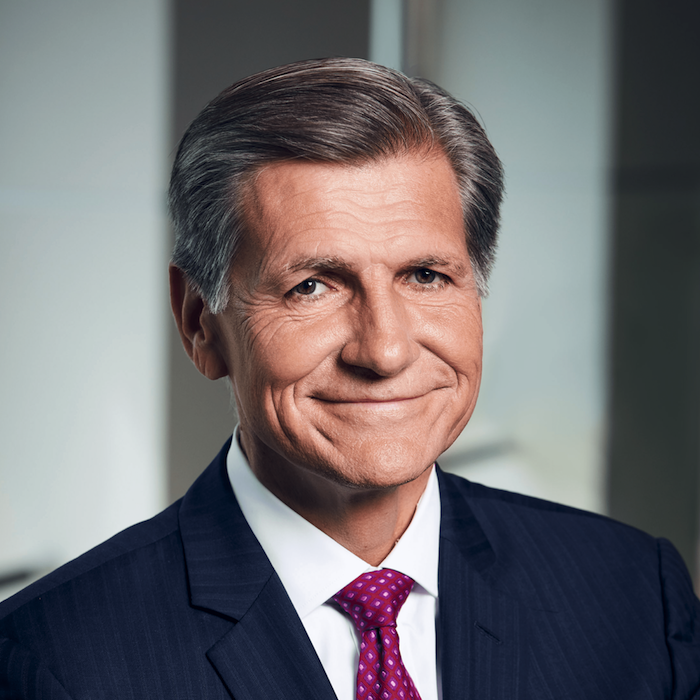 "Media companies can and should have a purpose, identifying areas where the company can have a voice that makes a difference while building the business," believes Marc Pritchard, Chief Brand Officer of Procter & Gamble.  "Ten years ago, P&G went down a purpose path, but it was too disconnected from the business.  What we've done recently, which is more effective in our view, is we've built what we call 'citizenship' into how we do business.  We've been very deliberate about making sure whatever we do is both a force for good and a force for growth."  In a wide-ranging interview with MediaVillage in advance of P&G's induction at CES into the Advancing Diversity Hall of Honors, Marc shared context on P&G's and his personal commitment to doing good for society in a way that's good for business, and to advocate for increased commitment by the media and advertising community to diversity and inclusion.

As a role model for the media community, Marc points to P&G's growing relationship with National Geographic.  "The Nat Geo mission is to make the world a better place with a focus on reducing plastics, improving the environment, gender and racial equality, among other efforts," he says.  "We're creating content that integrates how our brands are making a difference.  They're great stories and our brands are part of the story in an authentic way, rather than a commercial sponsor of the story.  We're exploring similar opportunities with multiple companies where we have common values and interests."

Both in his P&G leadership role and as Chairman of the Association of National Advertisers (ANA), Marc has been the industry's leading evangelist for advancing diversity and inclusion.  "There's a heightened awareness and desire to make a difference in the areas of equality -- gender, race, LGBTQ, people with disabilities, religious, economic, and cultural," he says.  "But while expectations are high, progress is somewhat glacial.  We need to hold ourselves accountable, and we should hold ourselves to a higher standard.  We cannot lose sight of our progress, especially on closing the gaps in gender equality, but much more needs to be done.  For example, numerous studies indicate women are still paid an average of 20% less than men -- worse if you're a woman of color.  Twenty-nine percent of advertising still inaccurately or negatively portrays women.  Fewer than five-percent of Fortune 500 CEOs are women; less than one-third of C-Suite and chief creative officers in the advertising agency business are women; only 10% of commercials are directed by women.  Among marketing companies only 6% of the leadership is Black; 8% Latino, 10% Asian, well under the actual population.  Among agencies only 4% are Black, 5% Latino, 10% Asian.  Among the LGBTQ community, there are still those who are concerned their career will be negatively impacted if they self-identify.

"We're at an important tipping point," Marc continues.  "Greater diversity has been proven to build business.  There are multiple layers of evidence that diverse teams achieve greater success.  P&G and the people we work with are passionate about making more progress.  The people we serve expect more from brands and companies -- to do more for society as well as their businesses.  Nine out of ten consumers make purchase decisions based on shared beliefs.  Other studies indicate that over two-thirds of Millennials and Gen Z, plus majorities of Gen Y and even Boomers expect brands to take stands."

Marc highlighted a new campaign for the Always brand that personifies how social good and good business can intersect.  "The Always

campaign #LikeAGirl took on adolescent girls' drop in self-confidence and contributed to brand growth, providing a foundation for P&G's recently launched Always campaign #EndPeriodPoverty.  Twenty percent of high school age girls are skipping school because they can't afford feminine protection, so Always has committed to helping "#EndPeriodPoverty."  In total, Always is committed to donating 16.5 million products in the U.S. and Canada through schools that participate in the Always Puberty and Confidence Education Program.  Marc also points to Olay's campaign in China promoting the idea that age is not based on a number of years but rather on a number of experiences.  "We've taken on norms of what age means and what it looks like in China," he says. "In the U.S., Olay defies the myths that women are 'too ambitious', 'too emotional' or 'too anything' with its #FaceAnything campaign."

Marc believes "what's good for society can be good for business, but purpose needs to be connected to business results.  Just as a focus on better quality leads to better business results, we've learned that gender-equal advertising performs better in driving sales and profits.  For example, brands adopting the #SeeHer commitment to accurately and positively portray women in their advertising messages perform +10% higher in trust and up to +26% higher in sales growth.  Being a force for good is a force for business growth when it makes sense to consumers and to our partners."

As Marc looks to the future, he "hopes to see a broader range of intersectional diversity.  We want to include all groups.  The world today is attuned to gender, race, LGBTQ, culture, economic and religious diversity and inclusion.  What's next is pushing on broadening the definitions, thinking in an intersectional way and holding ourselves accountable."

Marc advocates for two things that he believes will be helpful to move diversity and inclusion forward.  "First is deeply understanding why it matters, which requires education," he says.  "People we serve expect more from us.  They want to know our point of view and they expect us to take actions. We need to make the business case that diversity can have a positive impact on their market and profitability.  I advocate for business leaders testing diversity initiatives and seeing how their brands can make a difference and be more successful."  As he looks to the near-term future, Marc recognizes the important and widening role of men stepping up in next 12 months.  "It will be a very important change -- more men involved in advancing the diversity and inclusion agenda as well as a growing focus on equipping men to have emotional intelligence and in many cases having the courage to take action."

Second, Marc suggests that brand marketers, media executives and agency professionals join one of the industry efforts and learn from others.  "We constantly encourage marketers to join the #SeeHer movement.  Companies have joined together to encourage an accurate portrayal of women and provide gender scores to measure performance."  He's an active supporter of #FreetheBid, which along with its founder Alma Har'el, will also be inducted into the Advancing Diversity Hall of Honors on January 9 from 4-7 p.m. at CES.  #FreetheBid assures that one female director is included in bid requests for television commercial productions.  Another initiative, led by the ANA, is the Alliance for Inclusive and Multicultural Marketing (AIMM), which uses the #SeeHer "playbook" to provide a performance score measuring employment advances across a spectrum of underserved communities.

On a personal note, Marc shared his daily goal: "I ask for strength every day to be useful to whomever I speak or engage with.  I'm privileged to be with a company as great as P&G that has made a commitment to use our reach and voice as a force for good.  My goal is to shine a light on bias, advance diversity and inclusion, and do good for our business.  I've had many moments of truth in the past 20 years and I'm convinced the path I'm destined to take is to use my privilege and position to make a positive contribution.  I'm very grateful for having that opportunity."

On January 9 at the ARIA Conference Center, P&G and Marc will be inducted into the 2nd Diversity Hall of Honors, along with the ANA and its president Bob Liodice, the 3% Movement (Kat Gordon), the NBA (Pam El), #FreetheBid (Alma Har-el), Budweiser (Ricardo Marques), Verizon (Diego Scotti) and Madonna Badger (Badger & Winters).  The Advancing Diversity Hall of Honors is being underwritten by more than 30 media, advertising and marketing companies under the auspices of AdvancingDiversity.org and MediaVillage.  At the event, Sundance Institute will curate the industry's first Creative Tension, an immersive and engaging audience experience.  More than 12 companies will also host an Inclusive Job Fair, welcoming CES attendees to learn about career opportunities in media, advertising and marketing.  Details for Advancing Diversity Hall of Honors and Inclusive Job Fair are available at AdvancingDiversity.org and by contacting karla@mediavillage.com.