Race on Sunday, Sell on Monday? It Makes Sense to Lexus 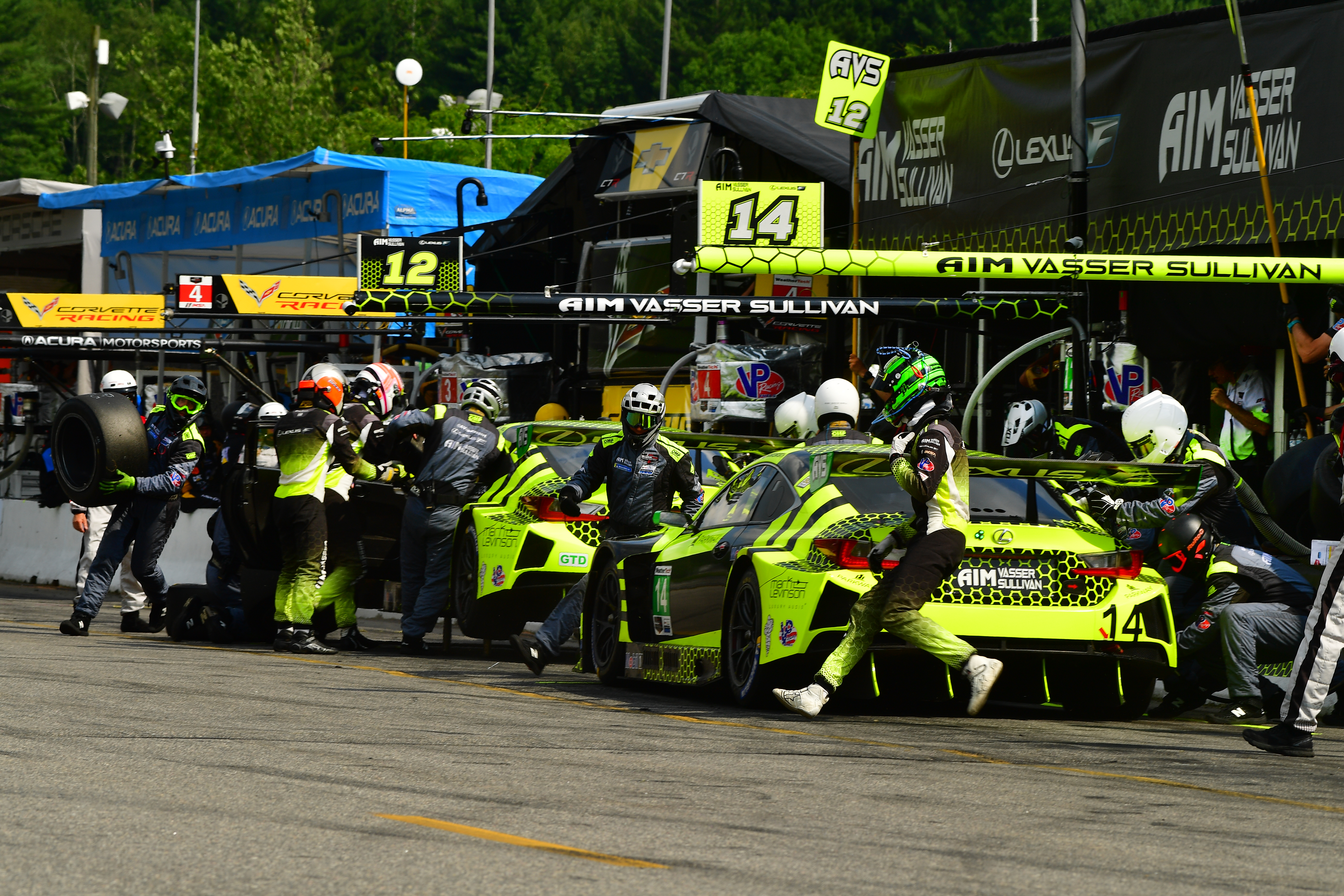 On race days at Lime Rock Park in Lakeville, CT, the third oldest continuously operating track in the country, a small city evolves with thousands of people and vehicles, hundreds of trailers — and pop-up shops.  Yes, merchandising is very much part of the race scene.  And Lexus, which was competing in the International Motor Sports Association (IMSA) WeatherTech SportsCar Championship's Northeast Grand Prix with the Lexus RC F GT3, had a vast selection of items available for its fans.

On a guided tour conducted by Jeff Bal, manager of motorsports for Lexus, we saw racks of hats, shirts and hoodies, and a display of race cars — plus the production performance vehicles (such as the RC F and the LC500) that consumers can actually buy.  The Lexus philosophy, as noted on its racing website, is this:  "It is our goal to develop a motorsports culture that inspires passion in our engineering teams as they adapt to the track, have success racing and, ultimately, build the performance and credibility of the F brand." 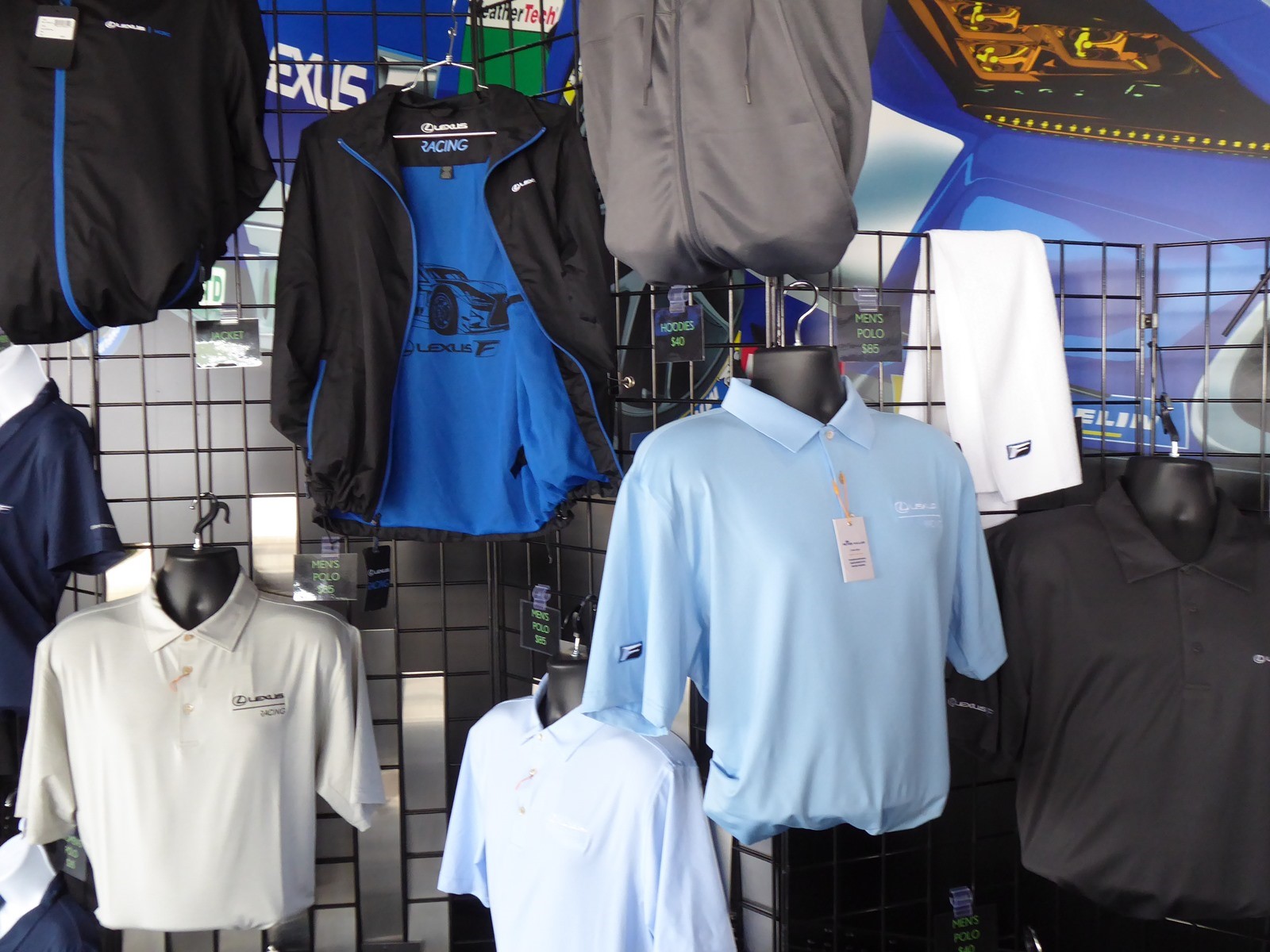 Go-fast fans can buy the five-liter, 472-horsepower RC F Track Edition, as close to the racecar as possible for street-legal vehicles, but only 100 are being allocated to the United States.  "We're dying for one," said Steven Richard, parts manager at Lexus of Watertown (the largest dealership in Massachusetts).  Race days are also perks for dealers, and that's one reason Lexus had set up a large hospitality area.

Bal said that Lexus IMSA Racing (in its third season) is succeeding in its mission of getting the message out that the brand is evolving into something more than a smooth ride and luxury appointments.  For cars, such as the RC F, "we had difficulty getting the word out last year, but now there are a lot of hand-raisers ... more than we can actually accommodate."

Lexus has some catching up to do.  "We don't have 70 years of experience in racing the way some of the other companies do," Bal added.  "Our blind polls a year ago showed that people didn't know we were involved in motorsports.  But now that's changing, and people are becoming aware."

The most telling data that the company has amassed is a big jump in NASCAR fans who recognize Lexus as a performance brand and would consider buying one for their next car purchase.

Racing also has the benefit of developing cutting-edge technology that finds its way into production cars, explained David Wilson, president of Toyota/Lexus performance division TRD USA (Toyota Racing Development).  That's definitely true — TRD is even selling a dynamic simulator it developed to other racing teams — but changing the company image and helping with marketing seems to be the key motivator.

Racetracks do attract affluent performance buyers and there were rows of supercars for sale adjacent to the track.  But Lexus is taking the F-Series cars to consumers, as well.  According to Bal, the RC F, GS F and LC500 went on a four-city tour in June and July to Charlotte, NC (the Mint Museum), Chicago (19 East event gallery), Napa Valley (Bardessono Hotel & Spa) and New York (the company's own Intersect experience center). The locations were identified as having a high percentage of purchase intenders via demographic data.

TRD's Wilson, in an interview, said that while racing is a high-dollar proposition, and that Lexus, BMW and Porsche support their teams financially, finding outside sponsors is essential.  He declined to say what percentage of Lexus Racing is subsidized by the company.  "Our primary role is supporting Toyota and Lexus," he explained.  "We don't specifically push the TRD brand."

Wilson affirmed the intent of Lexus' IMSA racing, in partnership with race team AIM Vasser Sullivan.  "We've been in it since the start of 2017," he said.  "Lexus is building some exciting products and the aim is to put credibility behind the idea of it being a high-performance brand."

Of course, high-end cars for luxury living, with fine dining and deluxe travel as part of the mix, are still a big part of the brand, too.  That explains Intersect by Lexus, in Manhattan's Meatpacking District, which complements similar "experience centers" in Dubai and Tokyo.  The New York location is primarily a restaurant for gourmands, with rotating international chefs and an art gallery.  Lexus took the race drivers there before the Lime Rock event.

Other brands, Porsche included, have tracks at their experience centers, but until recently that wasn't Lexus's approach.  Today, though, Lexus is operating a performance driving school at the WeatherTech Raceway Laguna Seca in California.  Winning professional driver Scott Pruett is the company's brand ambassador and hosts the driving school. 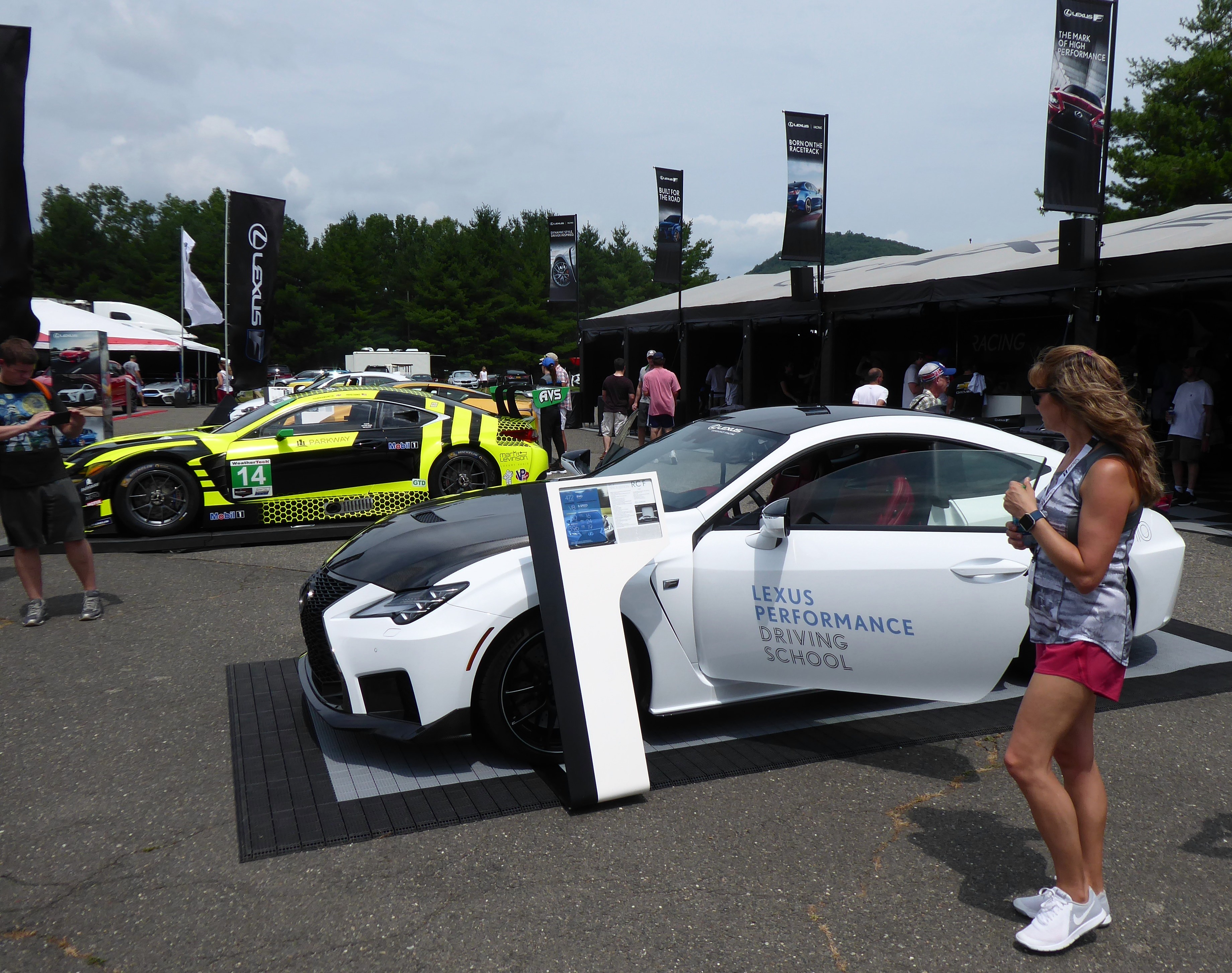 Lexus ads are starting to emphasize performance, too.  A 2019 spot for the IS, "Legacy in the Making," has the car dodging falling boulders on a twisting mountain road.  "More powerful than respect given is respect earned," the ad's voiceover says.  But "One of a Kind" for the UX SUV goes in the opposite direction — for the cutting-edge, urban, hip and dramatic.  "If you've got it, own it," the ad proclaims.

Will Lexus plug in?  Toyota hasn't yet signed on to Formula E electric car racing.  (Nissan is the first Japanese brand taking part this year.)  The company has tended to emphasize hydrogen power over batteries, but that could change.  In an interview, Lexus driver Townsend Bell was fairly disparaging of EV racing, because the cars don't provide the visceral sounds audiences expect. "Race fans want noise, going fast and seeing stuff blow up — it's like men and fire," he said.

But automakers, Toyota included, are heading towards electrified fleets.  And once that goal is reached, it may not matter what fans want — because automakers are going to want to race vehicles like those they're actually selling.  Wilson acknowledged that Formula E has "a lot of traction now, and a lot of companies are getting involved."  But, he said, "We have no plans, either locally or globally, to do Formula E."

As it happened, although the company has a fairly good IMSA track record, Lexus didn't do all that well in the Lime Rock race (14th and 21st, in a field of 21).  The Northeast Grand Prix took place under extremely adverse conditions.  It was over 90 degrees Fahrenheit at the track and 140 degrees inside the cars, where cooling lines in the helmets try to alleviate some of the worst effects.

But Lexus was there with cars and marketing and, for the future of the brand, that's the important thing.