She Runs It Multicultural Bootcamp Reminds Attendees That Success Is Intentional

By Kathy Newberger She Runs It InSites Archives 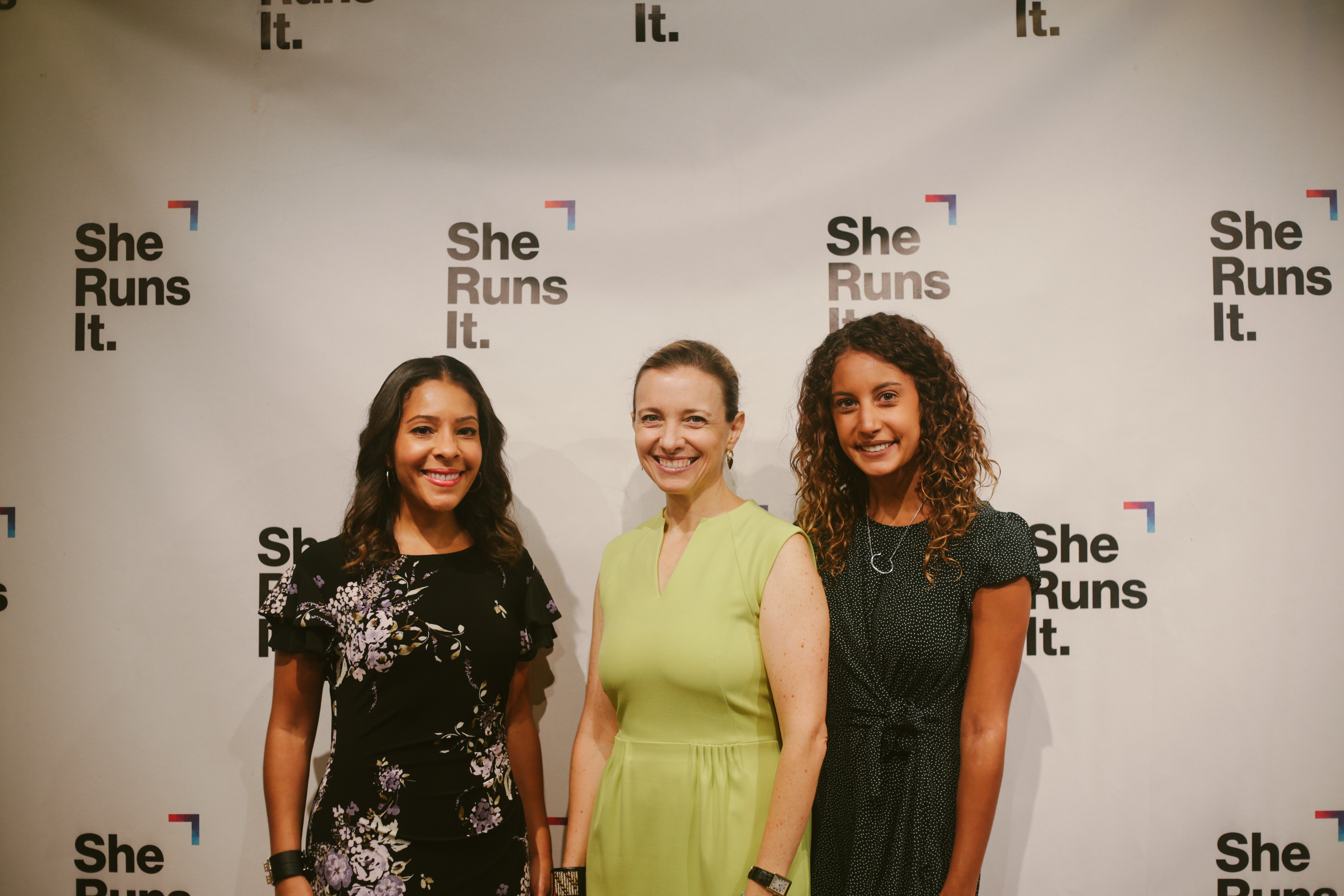 That passion for women's success was palpable throughout the Bootcamp. The event, kicked off by Viacom's executive vice president of Ad Solutions Strategy, Kalina Nikolova (pictured above - center), featured a lineup of powerful speakers, including keynotes from Hassan and Carbon chief marketing officer Dara Treseder, who are both immigrants to the United States, as well as several speakers who are first-generation Americans. The day's overarching themes were the need for women to manage their own careers, the advantages of bringing your authentic self to work, and the need to elevate and support inclusion for other women, people of color, and other groups that tend to be underrepresented.

During her welcome, Lynn Branigan, president and chief executive officer of She Runs It, noted that the event demonstrates the organization's commitment to a community all ethnicities and perspectives — women, of course, but also the men who cheer them on. Branigan also explained their focus on  diversity beyond gender and encouraged attendees to get involved in the #inclusive100 initiative, formerly known as the Inclusion and Diversity Accountability Consortium. The initiative, born in 2017 and currently supported by more 20 companies, including L'Oréal and Twitter, seeks to secure at least 100 companies to commit to best practices and measurement around diversity and inclusion. 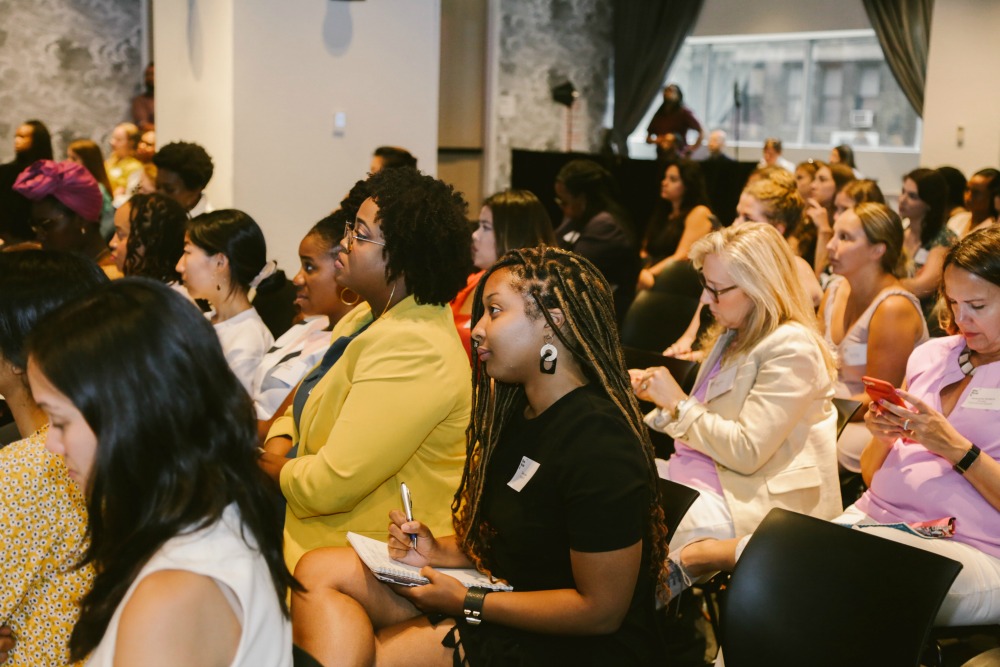 Later in the day, Branigan shared insights from a recent study, including one significant takeaway that echoed the theme of the day: to achieve parity, visibility is critical. "We looked at four million LinkedIn profiles and learned that while we start in the industry with entry-level roles being split 50/50 male/female, 70 percent of the C-suite is white men. And 78 percent of all endorsements on LinkedIn are by men — for both men and women. Men have 15 percent larger networks on the platform. Women tend to keep our heads down and focus on the work and think that good work is going to propel us to the top and that's not true. As our keynote speakers emphasized, successes is intentional."

For Citi's Hassan — who told the story of leaving PepsiCo, a company she loved, for Toys R Us in the year before that company went out of business — managing her career meant taking risks in service of her ultimate goal. "My thinking was, if I want to be the best [chief marketing officer], what else do I need that I can't get here? I left at the height of my career to take that position at Toys R Us because it gave me a seat at the table. It gave me data, it gave me CRM, it gave me performance marketing — all the things that I would not have gotten at PepsiCo." And even though Toys R Us didn't work out, she still believes that that type of intentionality and risk-taking was critical for her career and is critical for other people, particularly women. Hassan says hard choices are necessary: "If you don't sacrifice for what you want, what you want becomes the sacrifice."

Carbon's Treseder spoke of her "venture futurist" mindset, emphasizing that Silicon Valley is about people who see a big future and chase a big dream by making big bets — and that the same thinking applies to career focus. Her advice: "Cultivate lots of ideas because you don't know which is the one that will hit…. Build a portfolio of ideas with an eye to the future."

During the "Fearless, Forgiving & Fabulous" panel, Tiffany R. Warren, senior vice president and chief diversity officer of Omnicom Media Group, who also serves as founder and president of ADCOLOR, spoke of how a mistake — adding a zero to an insertion order — led to a change in direction and a bigger career than a more linear path would have. Another lesson Warren (who is also an inductee in the Advancing Diversity Hall of Honors 2020) learned from her career was that she had to get off the "hamster wheel" of pleasing people: "Letting go of pleasing people leaves you room to move ahead."

Other panels included "She Runs It, He Gets It" — a session featuring male mentors and female proteges at several companies, including LinkedIn and Viacom — and "Infusing D&I Into the Corporate DNA," which touched on creating inclusive job descriptions and being aware of the biases that can be built into seemingly unbiased technology.

The closing panel, Spinning Chaos Into Creativity, underscored the idea that there have been major shifts in how consumers get content, and those shifts make a diverse workforce that deeply understands a wide variety of consumer behavior, vital to companies aiming to keep pace with trends. For Daphne Leroy (pictured above - left), vice president marketing and partner solutions at Viacom, that means having a multicultural mindset as marketers. She posited: "How do we show up differently for the consumers of tomorrow?"

Karla Davis, senior director of integrated marketing and media at Ulta Beauty, added to that, speaking of the brands that have disrupted the beauty industry recently and making the case that inclusion is good business. "When a brand becomes a voice for a voiceless group and shows not only the power of the voice, but [also] the dollars behind the voice, it can make an entire industry sit up and rethink what it means to have the right voices at the table."