By Steve Gidlow July 16, 2020 Behind the Scenes in Hollywood Archives 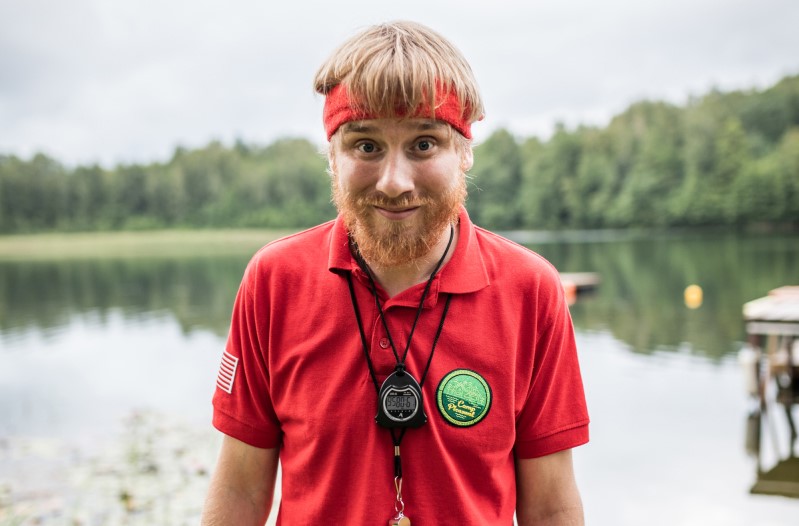 Killer Camp is telecast Thursdays, 8:00 p.m. on The CW. If you've ever pondered what CBS's long-running reality juggernaut Survivor might look like if contestants were eliminated via a gruesome murder rather than a vote, give The CW's Killer Camp a viewing. The British reality/competition series cleverly combines the game Clue, the horror classic Friday The 13th, and Survivor, but with one major twist - - at the end of each episode someone is killed. That's right, a contestant is murdered (in a gory dramatization), leaving the remaining contestants to uncover who is the killer amidst them. The unknown killer also happens to be the puppet master behind the evil camp handyman Bruce, who actually performs the dirty deed. While it sounds gruesome, the series is actually a fun take on the successful tried and true formulas to which it pays homage. Heading Killer Camp (as camp counselor) is stand-up comedian Bobby Mair (pictured at top), who, as both a Survivor and horror fan, found himself right at home filming the five-part series. "I think one of the first films I ever watched was Friday the 13th", he said when Mediavillage spoke with him about the series, "I was five years old, and Bruce, who follows through for the killer on the show, looks a lot like Jason (Voorhees). So it was really cool to feel like I was in a horror movie and getting to orchestrate a daily murder - - that was amazing.

"A lot of people thought I had overprotective parents," he continued. "But they were just parents doing their own thing. I found this VHS tape, put it in, and watched it. Friday the 13th was terrifying and probably the most scared I've ever been, but nobody stopped me from watching it. It was like, 'Oh, our five-year-old is watching Friday the 13th, okay?' I've always loved horror movies, but I can't watch them alone and would go to a theater with friends, so to get to be a part of a live-action horror movie - - Amazing!"

According to Mair, a Canadian/American living in England, getting to play Jeff Probst to 11 would be British camp goers, (lured there under the guise they were to appear on a fun reality show called Summer Camp) was something he didn't think would happen. "I got a call from my agent," he shared. " I believe they wanted an American accent, so I went in and we had a discussion what I would do, did a read through to camera audition and I thought I did terribly. I left the audition and all weekend all I could think was, 'I was so close to getting a job and I ruined it'. The following Monday I got the call telling me the network liked me and wanted to use me."

"I think Bobby undersells himself," explained series executive producer Steph Harris of the host. "It wasn't the American accent at all. I'd seen Bobby do several different projects in the UK and a lot of thought went into who would play the camp counselor. Would it be a traditional host? An actor who could sort of play a character? Bobby had both. While we did look for other people, Bobby was the only one we auditioned, and when he did, we thought, 'We've got our guy'. He wasn't too well known for his television work, so the cast of a reality show didn't know who, or what, he was. That helped, and he just played the role perfectly." 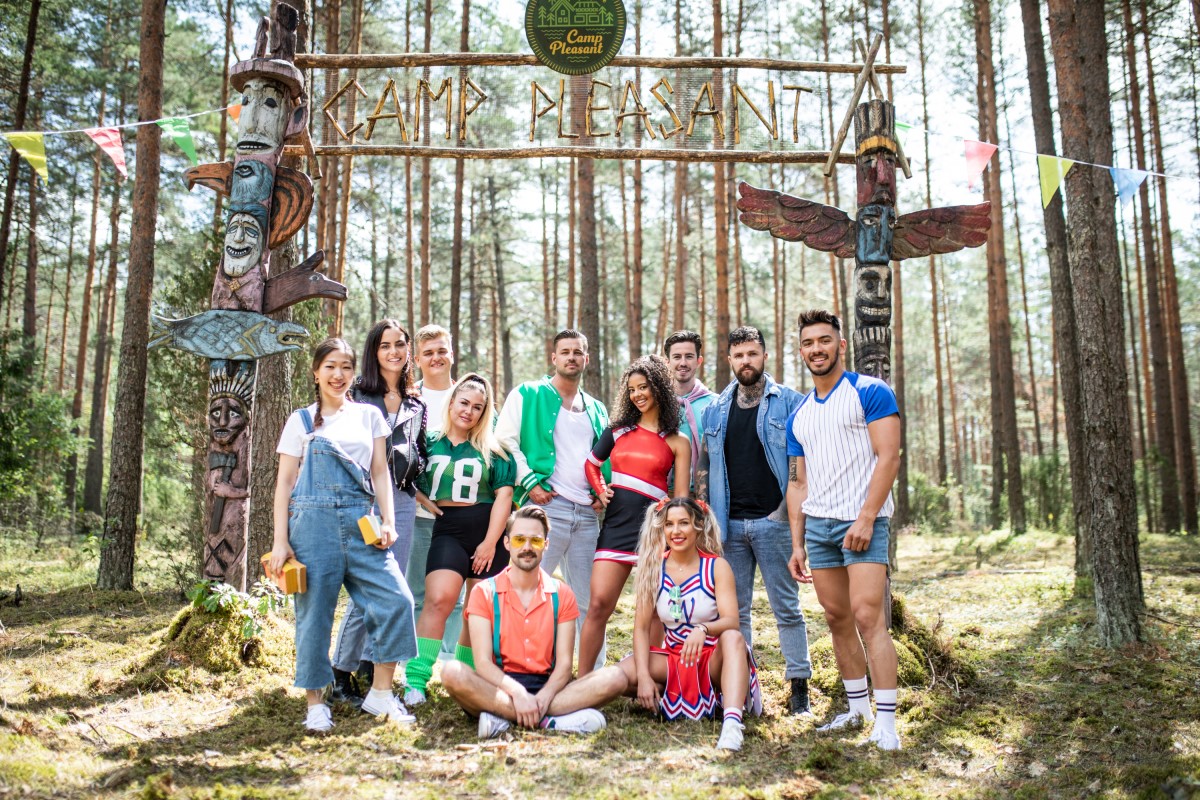 "I loved Survivor growing up and watched it for probably 10 years," added Mair. "During the lockdown I actually went back and started watching it again. Killer Camp is like Survivor except for the fact you get to kill who was most annoying. That's what's most amazing about it; the visceral release you get like, 'This person's being annoying… Okay, they're dead'. It's really fun."

Like Survivor, Killer Camp has a cash prize element and a host of challenges that enable the would-be victims to earn money and immunity. But with no scheming alliances, and the element of escaping murder at the forefront of the contestant's minds, that's where the similarities end. It does have a take on Tribal Council, one that takes place around a camp-fire, complete with scary stories provided by Mair. "Getting to tell the story of which camp member was being murdered at the end of the episodes was the most exciting part of it for me," he laughed. "People would cry during them and ask me to stop. It was like a Shakespearean monologue. The stories were a collaboration between me and the production team. Being a standup comedian, telling stories came naturally, so they'd give me a version and I'd add to it to the way I speak. But there were certain parts in the stories they had to [highlight] in the recreations, so I could improvise a little but in general, they were quite scripted. 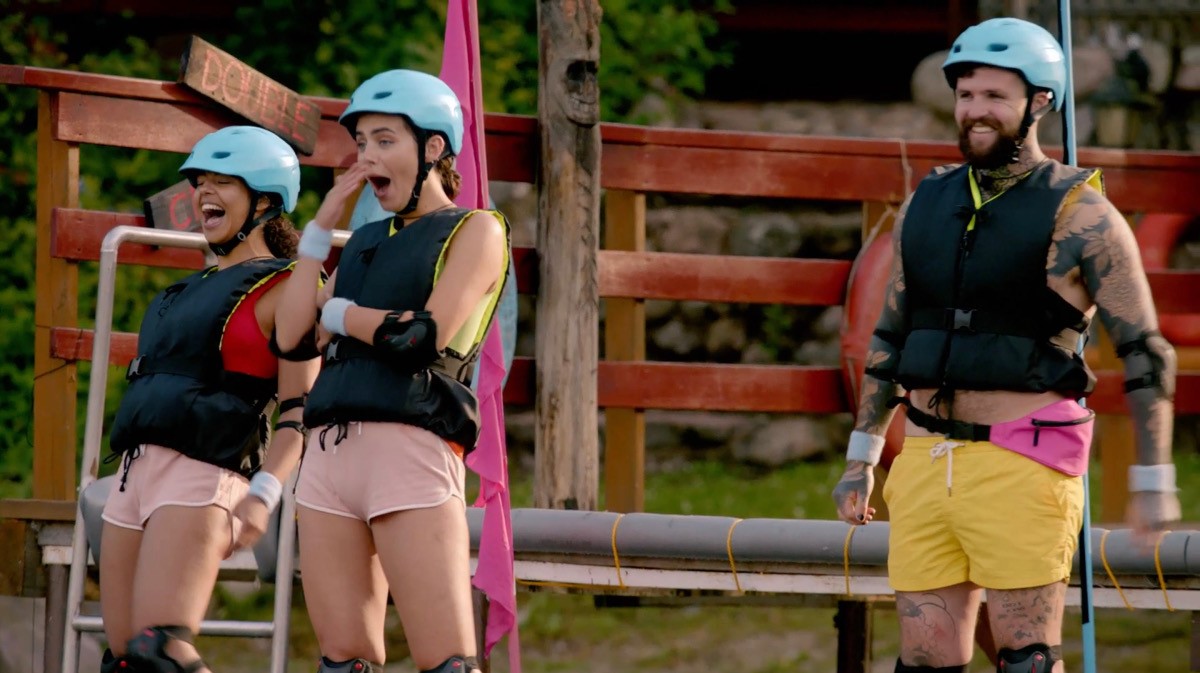 "I think viewers are going to enjoy finding out who the killer is," said Mair in closing. "And as [the series] goes on the reactions definitely get more and more extreme. Those first few days they all really felt they knew each other, so the idea that someone amongst them was a killer betraying them at every second… They did emotionally unravel and at least four of them actually sobbed around the campfire."

Photos courtesy of The CW.