The New Advertiser Emphasis on Quality of Experience 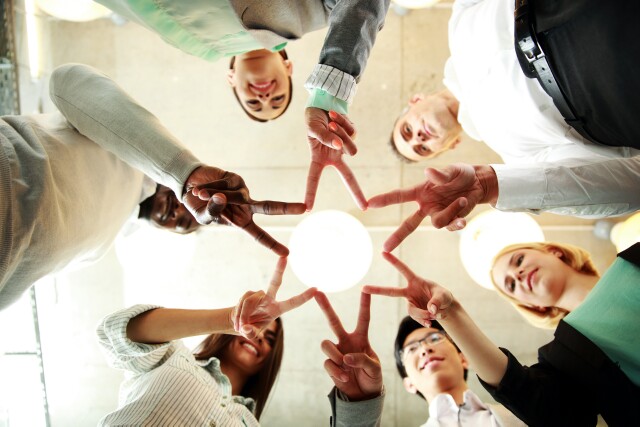 We've been writing about how the World Federation of Advertisers (WFA), the Association of National Advertisers (ANA) and the ISBA (Incorporated Society of British Advertisers) are leading the industry in the development of a more perfect cross-media audience measurement system, intended to ultimately produce better experiences with advertising by controlling excessive frequency of exposure of the same ad and/or brand to the same individual. Why the new emphasis on the quality of the ad experience? The walled gardens have been around for years, their silos preventing frequency capping. Why suddenly now is that situation no longer tolerable?

Further, the new system is not solving for the walled garden silos, but will be using (purposely obfuscated for privacy protection) estimating techniques that harken back to the mid-20th century to estimate frequency on audience piece-parts. So, the pure media measurement mechanics are not the cause of the advertiser-increased desire for quality of ad experience. They are a key part of the implementation process but not its cause.

The cause, I feel, is that the new techno-youth-driven culture which has evolved from the youth-driven culture that's been around since the 1960s. Back then, when it all started, it was people in their 20s and 30s. Now it's a broader age cohort, people that Mike Donahue calls "screenagers" all the way up to people who think like them in their 40s. Now it's even more the main driver of our culture, their procedural memories fully ensconced in technology. Now it's the most major shift in our culture possibly since the invention of the wheel!

We've known that experience is a strong motivation for youth since the SRI VALS study, and it has come up even more strongly from RMT research. Carl Marci describes the way the brains of today's younger people are rewired such that they get a jolt of endorphins every time their attentions flit to a new and interesting experience -- so they do that flitting as often as possible. It is the techno-youth-culture I believe that is driving, perhaps unconsciously, the upsurge in perceived value for the quality of the advertising experience.

It's not just the advertising experience, either. It's the total experience with the brand whose quality must be maximized. The DTCs are taking away market share partly because they act so human and friendly to the customer and prospect. They have the benefit of their origin stories on social media which humanize them and motivate youngsters to want to launch their own businesses rather than go to work for someone else.

Two other factors interact with this main experiential quality driver in the techno-youth culture: influencers and social good. The dominant subculture wants big business to do more than its share of making the world a better place, since they have written off government as a force for good. Big business is in the same doghouse, but at least the citizenry know that they have some leverage with companies that want to sell them things.

Influencers have become far more important due to internet reviews, and individuals whose Facebook pages, blogs, tweets, etc. have propelled them out of obscurity. These people are the role models for the rest. Interactive media, as I predicted, have given the individual a chance to bloom as never before.

Advertisers and their agencies are simply wising up to these colossal forces and adapting to them faster than in the past. It's taken less than ten years for the world's advertisers to accept that purpose (social good) and influencer marketing are essential to core marketer thinking, and that the endorphin jolt of a good experience, whether produced by an ad, brand content, packaging, the brand itself, or experiential marketing, is far more important than the quantity of GRPs or impressions.

This is actually quite a wonderful thing: Quality rising over quantity in our thinking. It will lead to better marketing, better products, more valuable brands and an economic boom outracing thermonuclear boom. It may even lead to more social good.

Fourteen out of the 15 RMT Motivations are inherently idealistic, some more than others (power is the one exception). What this means in terms of creative (content as well as advertising) is that there is ample opportunity to lead with positive role models, heroes and heroines of one kind or another. This is a new time in which anti-heroes will decline in popularity except in the groups whose main Motivational driver is power. This movement back to the heroic in our content and ads will in itself be a real driver of social good.

One RMT study presented at ARF, done by 605 and sponsored by one of the largest advertisers in the world, shows that a single ad impression in a program environment with more than 30% Motivational Resonance causes statistically significant increases in first brand mention (saliency) and purchase intent. Erwin Ephron said, based on marketing mix modeling data, that advertising is a weak force. I believed him until I saw these 605 RMT results.

The reason you now see the rise of companies such as RMT, Adelaide, Iris.tv, RealEyes and Lumen (all of which do different things and are additively efficacious for advertisers, agencies and media) is because advertisers et al are waking up to the quality of the ad experience as being far more important than tonnage quantity. Maybe someday even the emperor CPM's nudity might be acknowledged.

Our advertiser agency and media leaders are speaking up strongly on the subject of context right now. The Adelphic webinar on February 26, 2021 heard Brad Stockton, head of Video Innovation at dentsu, and Philip Lo, head of Predictive Analytics at Nissan, both say that Premium Digital Video must quickly move to context transparency, not only knowing the program in which your ad appeared post hoc, but being able to choose the program propter hoc. Crackle was first to institute such a procedure and we know of larger networks that will soon be announcing the same thing.

This is important because as RMT showed, selecting Premium Digital Video placements by program rather than network doubles the lift in sales effect you get when you buy PDV by network. Even buying by network provides some sales effect lift according to the RMT data, but program buying doubles that lift.

That's because the quality of the experience of an ad depends to a large degree on how much psychological synch there is between the ad and the program or other context in which it is seen.

The new emphasis on quality of experience is making marketers more psychologically sensitive. And that's a good thing.