The Very Relevant Story of Kirk McDonald and the Xandr Brand 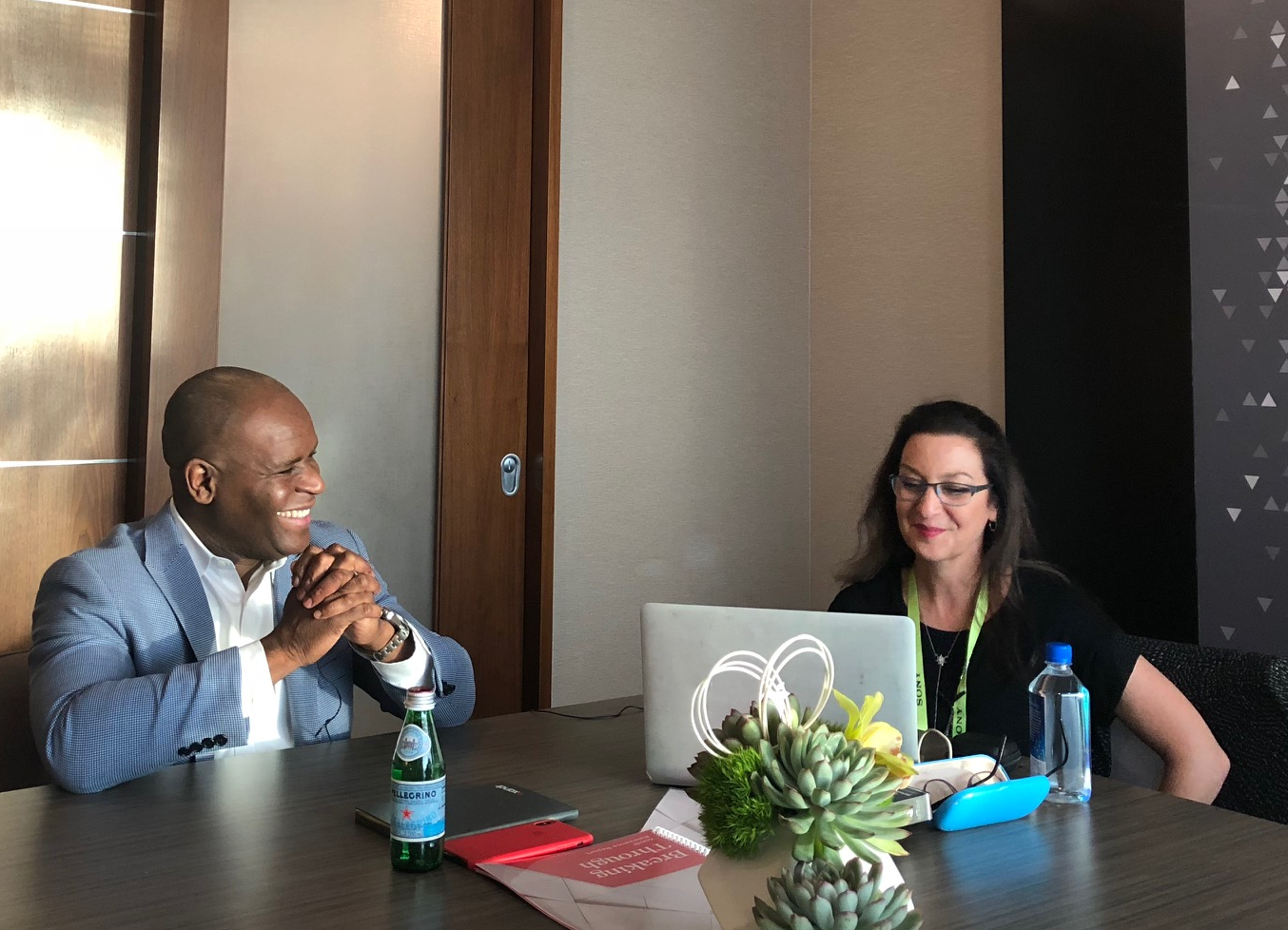 I managed to grab a half hour for a podcast with Kirk McDonald (pictured above) between his back-to-back meetings at CES 2019.  Why is he so busy?  He's the Chief Marketing Officer of Xandr, the advertising and analytics division of a little company called AT&T. We began by discussing his bio, which makes excellent use of storytelling -- starting off with a Henry Wadsworth Longfellow stanza about perseverance and ending with his personal mission statement about trust.  It's emblematic of McDonald's own belief system as well as the importance he places on storytelling in marketing.  The following is an edited topline of our conversation.  Please listen to the entire podcast here.  You won't want to miss a word from this well-spoken and inspiring executive.  (And please subscribe to all our Insider InSites episodes, with more inspiring leaders, via Spotify, iHeartRadio, GooglePodcasts, Apple, Stitcher and TuneIn.)

McDonald's rise from the world of magazines to heading digital companies, even his recent nod as one of Ebony Magazine's Power 100, is a compelling story alone, but it's capped off with a must-read tale of how he's marketing the new brand and power of Xandr.

E.B. Moss:  Kirk, your bio opens with a poem about hard work.

Kirk McDonald:  And perseverance.  You don't have to be the smartest person in a room, but you have to endeavor to put in the most effective work you're capable of doing.  I think it's also what differentiates businesses -- the ones that sit down and decide, "We have to have a clear focus on what's important" and then put in the hard work to get it done.

Moss:  At Condé Nast, your first job after college, did that hard work meant getting in early or staying late for a chance to speak with editors?

McDonald:  There were some executives who came in early and would sit and [explain publishing].  Condé Nast also built my love for storytelling and for the power of premium content and trusted brands.  I carried that to Ziff Davis and then to CNET [in the '90s when] computers were transformative to both businesses and also personal life.  I started thinking, what about that publishing industry that I'd loved so much?  How was it going to be disruptive just as our personal lives had been turned over into this new opportunity afforded by the birth of the internet?

[Then] I saw the emergence of ad serving technology and the ability to bring machine learning and algorithms to how we make decisions about where ads would run and how it was going to transform the industry.  I went from [heading digital sales at] Time Inc. to PubMatic and now I feel fortunate that all of that knowledge has afforded me the opportunity I now have working at Xandr.

Moss:  What's your perspective on the media and ad environment then and now?

McDonald:  The media and advertising industry's "mad men" type era was filled with awe and mystery and art.  While that period [included] research, it's more so celebrated the power of the creative, the imaginative minds that made having a Pepsi be all about having a life experience, or car ownership being about freedom.  I don't think that's gone forever.  It's just now that we have data and insights those should be used to inform the instincts of the creatives; how and when we execute in a world where consumers have so much choice that their time is constrained in such a way that you have to be more relevant to their moment ... to unlock a new story to be told.

But I don't think we've got all of that right yet.  We're kind of a little clumsy with all of the tools we have [and must become] expert at understanding and creating relevance in moments.  There are a bunch of companies that have the assets and tool sets to do that.  I'm excited because AT&T's evolution to a modern media company affords it an ability to put together some pieces to make that possible.

Moss:  How does Xandr fit in with AT&T, which now has so many media properties as well?

McDonald:  Xandr is an element of AT&T's evolution to connect people: AT&T Communications, headed by CEO John Donovan; our international operation, run by CEO Lori Lee; Warner Media, the asset run by CEO John Stankey.  And Brian Lesser leads this mission of Xandr.  Those four CEOs of those independent businesses answer to Randall Stephenson, the CEO and Chairman of AT&T, Inc.  Xandr is sister to those other three entities and then we all work together towards the vision of the modern media company.

Moss:  At yourkickoff event, Brian Lesser called Xandr a new kind of advertising company.  What does that mean?

McDonald:  Today data, technology and analytics are critical to informative and moment-relevant storytelling and the consumer has nearly infinite choice and availability of premium quality content.  If you want to get good at advertising, you have to stop interrupting a consumer's pursuit for their entertainment or their pursuit for knowledge.  You have to complement it [via] data analytics and technology.

Xandr can lean in to the AT&T resources and history of innovation [and] turn the experiences of the 170 million touchpoints we have with consumers into something that is more valuable to each of them, more effective for marketers who are trying to tell a story to that person, and more efficient overall for the entire ecosystem that supports it.

McDonald:  Exactly.  The industry is in an inflection point where consumers are filtering for relevance.  [If they're seeking] a relevant story across all of our content -- CNN, Turner, Fullscreen -- our producers have to get more thoughtful about telling stories that matter at that moment.  We think we can bring technology and data to make advertising matter.  That's the purpose statement of Xandr.  So, we'll work with Turner and even the content developers to take the data that we get out of AT&T Communications, refine it so that we can support content intelligence and smarter ad delivery ... to make sure that we're helping advertisers tell more relevant stories through the set-top box or with addressable TV products, through digital, through our SVOD and AVOD services ... and make sure that the story of the brand is integrated in a way that's natural and authentic for the consumer's experience.

In the second half of the podcast we delved into the job of developing and communicating the Xandr brand itself, and why a through line is key to this ambitious endeavor for AT&T.  McDonald believes "the success at doing that is in the details."  It's in the [logo design and the] missing letter in Xandr -- like not using the actual name Alexander [as in Graham Bell] -- to represent "a brand that borrows from the past ... but envisions a new future that's capable on its own terms."

But I wanted to know how you market change in an industry which AT&T's own Chairman described as "change averse and needing to pivot"? McDonald believes "there's a welcome interest in 'how can I do this smarter than I did it before?'  We see what happens when industries decide to resist what is right in front of them.  We believe this opportunity is here, again for digital publishing to continue innovating, but for TV, also look very differently at its future."

Finally, on advice for other B2B marketers?  "We forget that B2B marketing is still consumed by a consumer," he said.  "The businesses we market to are still run by individuals who need to be told a story. The most effective marketing messages are ones that inspire ... We want to champion the best and brightest that actually take the experimental ride with us this year. We want to make them the heroes of this story and this narrative. Then, we'll tackle 2020 right behind that."