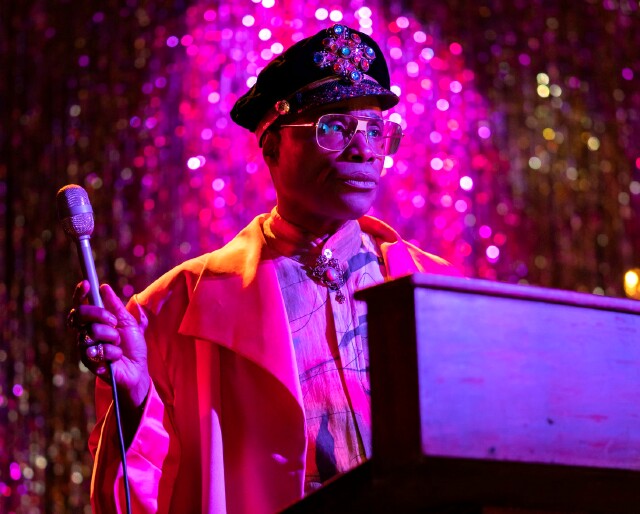 My five-part Top 25 Programs of 2019 series continues below.  If you missed them, be sure to read part one and part two first. 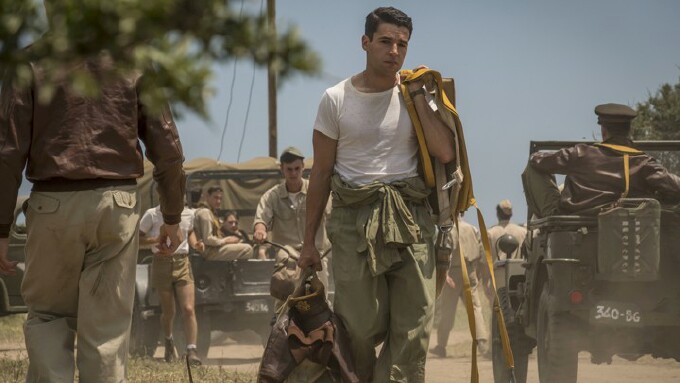 I never cared for Mike Nichols’ 1970 movie adaptation of Joseph Heller’s seminal 1961 novel about a young World War II pilot overwhelmed by the absurdity and absolute horror of war.  But in 2008 I was fortunate enough to see an Off-Broadway stage adaptation in the intimate environs of New York City’s Lucille Lortel Theatre that stayed with me ever since.  It put the audience in the center of the action, emotion and madness that the story co-mingles to magnificent effect.  For eleven years I believed it would be the best production of Catch-22 that I would ever see in any medium, until Hulu came along this year with a hum-dinger of a miniseries that sent me back to the novel for a second read (the first having taken place in high school).  Christopher Abbott (pictured above) gave a fearless, complex performance as bombardier John Yossarian, who fails at multiple attempts to prove that he is mentally unfit for battle.  George Clooney (also an executive producer of the project) and Kyle Chandler lent able support, seemingly having as good a time as Leonard DiCaprio and Brad Pitt must have had while filming Once Upon a Time in Hollywood.  This is the rare film or television adaptation of a classic novel that remains respectful of its source while making it feel a bit more contemporary at the same time – without compromising historical accuracy or period detail.  That is to say, it felt like literature come to life. 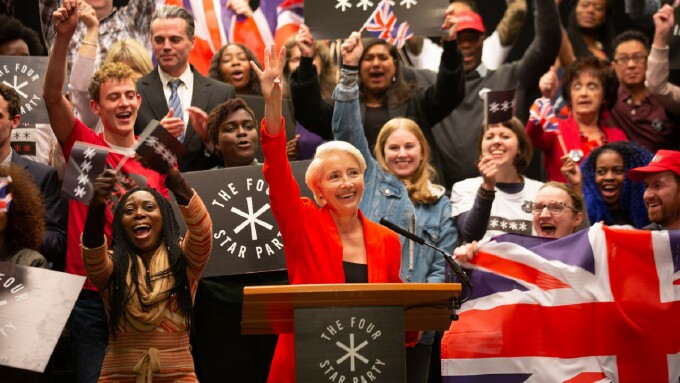 HBO very quietly opened up its Monday night this year with a string of fine drama series and limited series that could have thrived on its prime Sunday night real estate.  It’s as if they didn’t know what they had with some of these shows, which included Chernobyl, Gentleman Jack, Catherine the Great and several more.  At the top of the list goes one of the most original series of this or any other year, Years and Years, the latest brainchild from the scary smart and super-talented Russell T. Davies (Queer as Folk, Doctor Who, A Very English Scandal).  This time-jumping tale of one British family navigating the sometimes lethal lunacy of a very exaggerated version of real life -- in which Donald Trump launches a nuclear strike against North Korea, young people self-identify as trans-human and transition into digital constructs, and citizens form resistance movements against dangerous ego-driven leaders -- was a showcase for Emma Thompson (a fire-breathing marvel as one such  opportunistic politician), Russell Tovey and a host of other fine actors.  Simultaneously expansive and intimate, this provocative gem proved to be both emotionally devastating and, at times, deliriously funny, and it explored the human condition like few shows before it.  (I would expect no less from Davies.)  What a shame that it won’t continue for years and years to come. 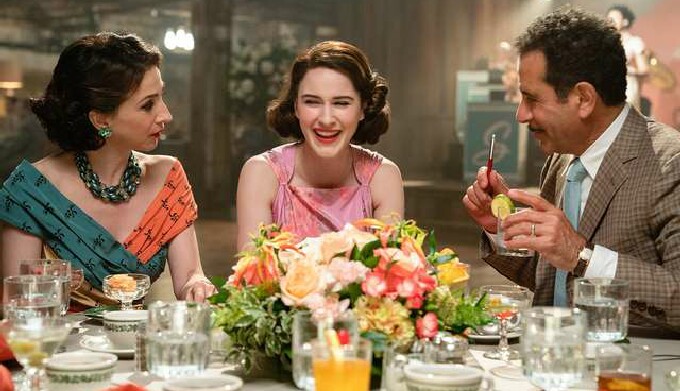 It’s still a sparkling bit of cinematic magic disguised as a TV show, and Rachel Brosnahan and Alex Borstein continue to give two of the most reliably entertaining performances in any medium.  But I am concerned.  I have only seen the first few episodes of Season 3 (gotta save something nice for the holidays), and it seems to be off to a problematic start, with particularly odd storyline choices for Midge’s parents, Abe and Rose.  He’s quit his job at Columbia and has filled the Weissman home with selfish beatniks, she’s traipsing around oil fields in the Midwest arguing with her relatives and turning down her share of the family fortune.  Midge’s husband Joel, meanwhile, is opening a club in a less than perfect Chinatown location.  None of this feels right, or remotely familiar; nor is any of it very funny.  Fortunately, whenever we see Midge on tour with popular singer Shy Baldwin (Leroy McClain) and manager Susie attempting to cope with bossy client Sophie Lennon (Jane Lynch) Mrs. Maisel fills back up with enough life for it to remain on this or any other best-of-the-year list. 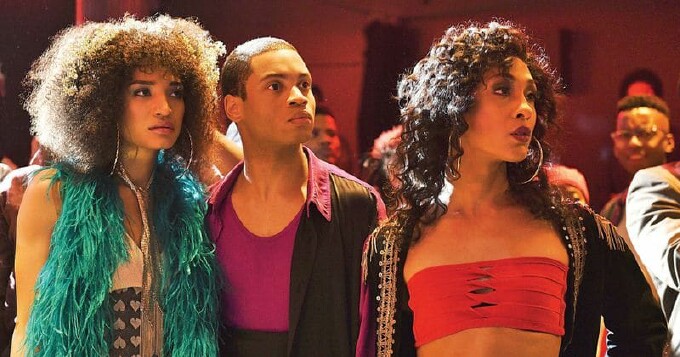 Tony Award-winnerBilly Porter emerged as one of the top TV stars of the year portraying the vivacious, explosively temperamental, flamboyant and ferociously sexy Pray Tell, emcee supreme in the throbbing underground ball culture of ‘70s and ‘80s Manhattan (until Madonna’s hit anthem “Vogue” brought it into the light in 1990).  In the process, he became the first openly gay black actor to win an Emmy as Outstanding Lead Actor in a Drama Series, breaking yet another barrier.  Pose in its sophomore season also continued to make history for featuring the largest ensemble of trans actors ever assembled for a scripted television series.  On a more sobering note, it is also the first ongoing scripted program in which so many of the characters viewers have come to care about have been stricken by a deadly disease.  As one character after another contracted H.I.V., viewers of a certain age were reminded of the great pain and daily horror of what are known today as the plague years, while those too young to have experienced such perpetual loss hopefully learned a life-saving lesson or two.  Right behind Porter, in terms of growing recognition, were his co-stars Mj Rodriguez (above right) and Indya Moore (above left).  Pose makes magic, but it also makes stars. 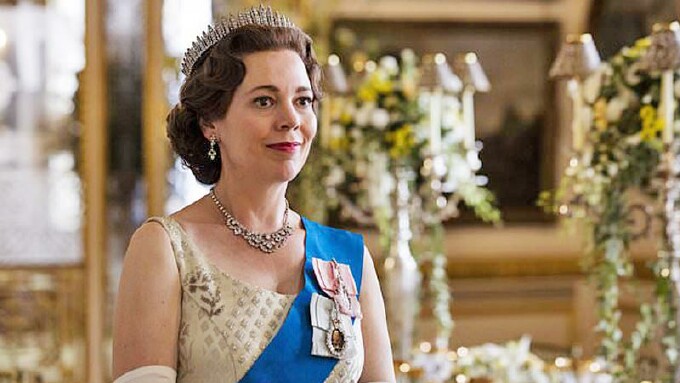 Have you had enough of earnest dramas about the royal family?  Yes?  Me too.  I’ll be good if I never see another one, but having said that I have to hand it to The Crown, which started out very strong and has continued to impress season after season, especially this year, when roles had to be recast to accommodate the aging of its characters.  The results have been extraordinary, particularly the additions of Olivia Colman (fresh off her Academy Award-winning performance in The Favouriteand her Emmy nominated performance inFleabag) as Queen Elizabeth and Tobias Menzies as Prince Philip.  Spanning 1964-77 and introducing to the canvas several young individuals who remain in the news to this day, this grand historical drama now seems a little more current, which adds something new to the experience of watching what had been just another superb historical drama.  And to go back to Ms. Colman, what a time she is having.  Has any actor or actress ever starred in a drama series, co-starred in a comedy series and starred in a feature film for which she won an Academy Award – all in the same year?