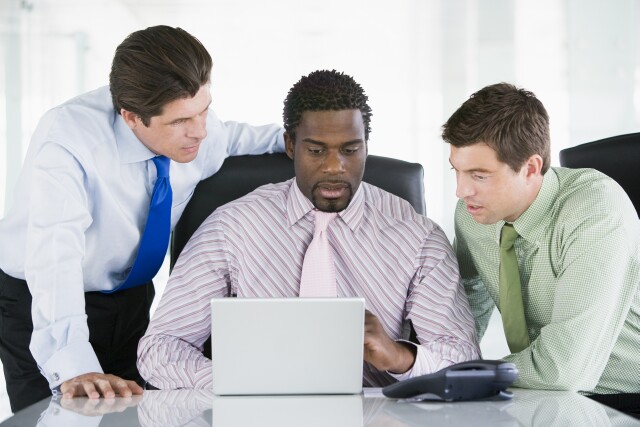 ISBA's announcement came alongside the outlining by their global counterpart, the WFA, of their strategic vision for the future of audience research.

I'm not much of a wavemaker, but for what it's worth the Cog Blog is all for advertiser-driven initiatives. This post outlining a blueprint for media measurement in the future is one example.

Time to check on progress.

First, the basics. Media measurement is largely paid for by the media channel being measured. Take U.K. examples -- BARB is primarily paid for by the broadcasters, RAJAR by the radio station owners, PAMCO by the newsbrands and magazine publishers, and so on.

This is all fine as long as all the industry needs is currency data for the buying and selling of space.

In a buying-dominated world, that works.

But for at least the last 15 years it's become clear that what's needed alongside the currency numbers is a set of measures that help planners decide how much of a given budget to spend on advertising versus PR versus events versus sponsorships.

And within (say) advertising, how much to commit to broadcast TV versus online video versus radio versus search versus out-of-home.

In short, an ambitious program to lay out a framework for cross-media planning.

Not to replace BARB, etc., but to sit alongside the currencies.

Not to replace the agencies' proprietary studies but to set standards, common definitions, base principles and the like.

Standards are essential to help create integrated plans across all communication forms, thus helping us all become more efficient and consistent.

As with any measurement program you need to look at who benefits to get to who should pay or (at the very least) lead. In the case of the currencies, it's obviously the seller / content creator.

In cross-media it's the advertiser; hence their involvement.

From a purely outsider's perspective it looks like the trade bodies are struggling.

Facing an ambition of this scale, it might have been an idea to set up a Council of Wise Researchers to guide and advise.

Then there are people like Richard Marks (also ex-Kantar), Steve Wilcox, Helen Harrison, Sheila Byfield, Roger Gane, Mike Sainsbury of asi. These are just from the U.K. I'm sure there are equal numbers in multiple other countries.

ISBA has hired one consultant (the excellent Joe Lewis) and a small team under Richard Halton. WFA is this week advertising for a 5-year old to join their six-strong media team (working on a far wider brief than cross media measurement).

The task these thin teams are facing is daunting.

So, they look for help. There's a couple of strategy papers produced by the WFA, written last April by Google and Facebook, neither of whom are known for their objectivity nor indeed for their collaborative nature, but both of whom have the resources available to drive audience measurement thinking.

You have to question if that's the wisest of moves for the industry.

There's little or no funding available (hence, the cynic in me suggests the involvement of Google and FB), and little likelihood of any being found via the usual channels.

Ideas away from the usual membership fees, such as a levy on adspend (proposed here), seem to have got nowhere.

I can see one of three things as likely to happen.

Option one: Disillusionment will set in, the scope of the cross-media project will shrink and the WFA / ANA / ISBA will move on to other things. (It's not that they haven't rather a lot to do, what with regulating the platforms, establishing a more diverse work force throughout the industry, tackling prejudice, improving creative standards and so on.)

This will lead to option two: The Goggle / FB work progresses, with "cross-media" becoming "cross-platform-video." Important, but small stuff driven by highly partisan organizations under the auspices of the world's largest advertisers.

Or there's option three: The brave option. This has to start with funding.

One idea certainly is a levy. Another might be for the biggest advertisers to tell their agencies that they are expected to contribute $XYZ to become part of a cross-media funding circle, membership of which is the cost of entry to handling their business.

In return these advertisers commit to a full review of the way their agencies are remunerated.

The point is not whether or not either of these are viable ideas, but that there should be a wide-ranging conversation around funding options before much else happens.

If as I hope bravery wins the day, then the advertiser bodies need to identify and approach their Wise Men, scope the work, define and find the budget and move the whole industry forward from the 1970's to the 2020's.

Will they be foresightful? Or will they wither?