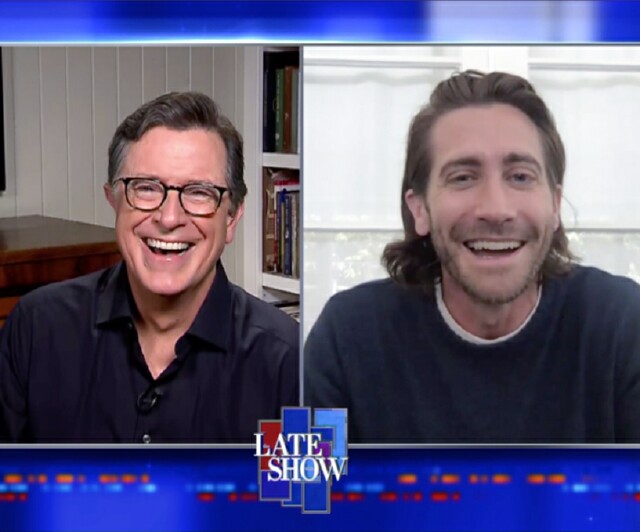 Reviewing “home-made” television productions during a global pandemic is somewhat like critiquing the networks’ traditional Upfront extravaganzas:  Nothing should be said without first acknowledging that everyone involved has worked very hard and is doing the best they can under very demanding circumstances.  The results almost always noteworthy.  After at least seven weeks of self-isolation, TV (including broadcast and basic cable) is for millions of people more popular now than it has been in years.  I’m not even including Netflix (nothing less than a godsend during this ordeal) and other streamers in that generalization.

That said, I find myself referring to much of the remote activity that now defines so many talk and information television programs as “energy-free TV.”  Let’s face it: talk shows that are entertainment-driven need a studio audience to charge their atmosphere, the way theatrical productions need an audience to fuel the talent on stage.  And much of what we are watching today looks amateurish when compared to the dynamic production values of yesteryear (circa 2019).  But as noted above, I’m not here to complain about the end results of the various ways in which certain television programs are carrying on during circumstances that were not fathomable back at the dawn of 2020, which has turned out to be the most detestable of years.  (I took the picture below at my local high school, and it pretty much says it all.) 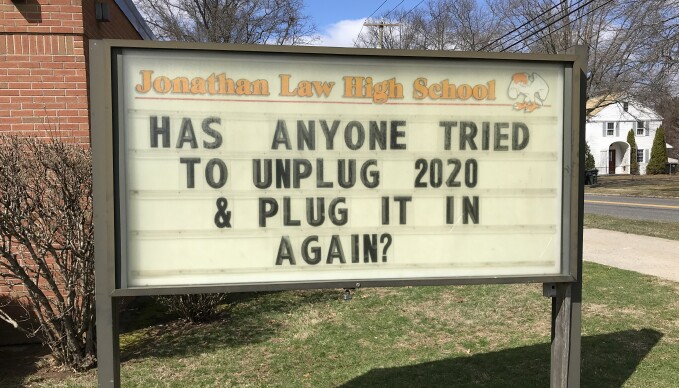 Nothing is normal these days, including our understanding of what normal is, was or will be.  Despite the challenges that talk shows and unscripted entertainment programs currently are facing, though, certain of them are starting to feel very comfortable and familiar in their new formats.  There are new surprises every week, many of them quite pleasing.

CBS’ The Late Show with Stephen Colbert, now known as A Late Show with Stephen at Home, is a wonderful example of making something marvelous amid the madness.  I rarely choose to watch Colbert’s show over NBC’s The Tonight Show Starring Jimmy Fallon or ABC’s Jimmy Kimmel Live! because Colbert never really engages me the way the two Jimmys almost always do.  I could never really put my finger on it, but for me, bigger (on CBS) is not necessarily better (than his old Comedy Central series The Colbert Report, or his contributions to The Daily Show).  But his stripped-down Late Show has suddenly become my go-to for late-night viewing.  I like the “new,” casual Colbert, relaxed in comfy clothes in a cozy corner of his suburban home, and I’m really enjoying his lengthy, in-depth interviews, most of them absent the silliness that often pervades his work at the Ed Sullivan Theater.  I think he conducted the finest interview with Bernie Sanders that I have seen anywhere in a very long time, and his extended conversation with actor Jake Gyllenhaal (up top) about baking sourdough bread and other pursuits of his day was terrific, too.  Broadcast television hasn’t offered a talk show with this much consistent depth, elevated entertainment value or respect for the attention span of its audience since Dick Cavett took on Johnny Carson. 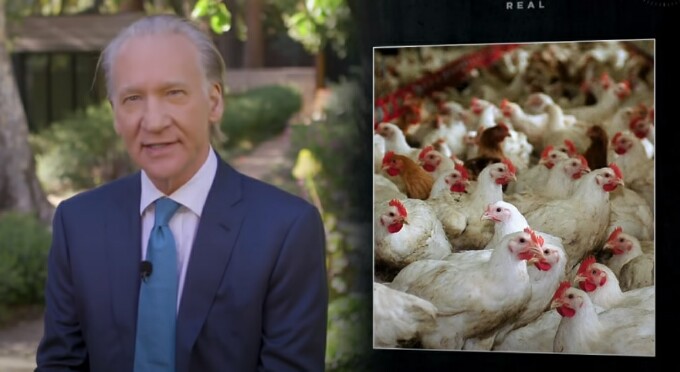 HBO’s Real Time with Bill Maher also seems to be more substantive under the restrictions of producing during a pandemic.  Maher (above) seems to be getting more out of his subjects while doing one-on-one remote interviews than when he has them all seated together in his studio, where interruptions and overtalking sometimes derail the show.  His recent interview with Dr. David Katz, the Hamden, CT-based physician and co-author of the new book How to Eat, told me more about Covid-19 and viruses in general than I have learned in two months of compulsive news consumption.  Maher’s closing commentary at the end of the same show, in which he compared and condemned the wet markets of China and the factory farms of America may prove to be the most damning few minutes of television this year.  (Watch it on YouTube.)  Maher is still having fun, though (like when neighbor Jay Leno snuck into his back yard during a telecast), and his show is the only talk program to date that has figured out an alternative to its missing studio audience, adding in clips of audiences from old movies and televised events laughing and applauding after his jokes.  It works, but only because it is done so well.

Fox News’ The Five, which has had to separate its quintet of hosts into their own boxes on screen, is another show that crackles in its temporary new format.  Seeing all five hosts freed from their table and presented in simultaneous close-up, watching them react to what each other is saying as every word is spoken, has added a dynamic new dimension to their daily deconstruction of the day’s news.  They never had a studio audience anyway, so this change has intensified the experience for hosts and viewers alike.  Also, I’m pleased to note that we see plain backgrounds behind these talking heads, rather than views of their fabulous kitchens, living rooms or backyards.  The focus is on the talent, rather than the spoils of their success. 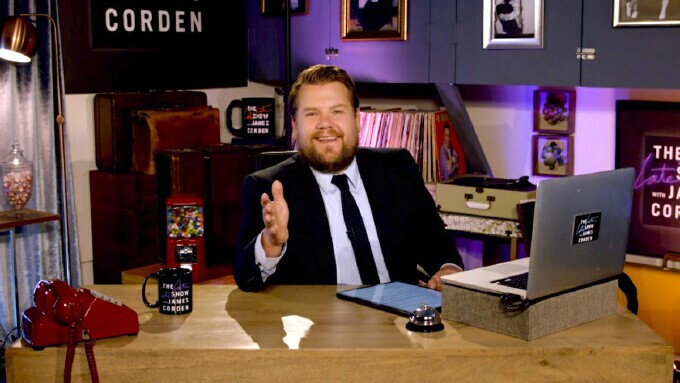 Speaking of backgrounds, I love the upmarket public-access feel of the new set for CBS' Late Late Show with James Corden (above), cobbled together in a corner of the host’s garage, as much as I loved Rosie O’Donnell’s alt-revival of her classic daytime talk show from her garage on YouTube a few weeks back.  (Here’s a great column about it by Steve Gidlow.)  When I’m up late watching him I feel like I’m reliving my youth, listening to late-night DJs on the radio or watching the five original MTV VJs introduce music videos in the wee hours of the morning.  MTV was cool.  So was radio.  So is Corden (who is currently taking a little time off following eye surgery).

So is everyone who is doing what they can to inform, entertain and amuse us during these dark days.  #Onward!